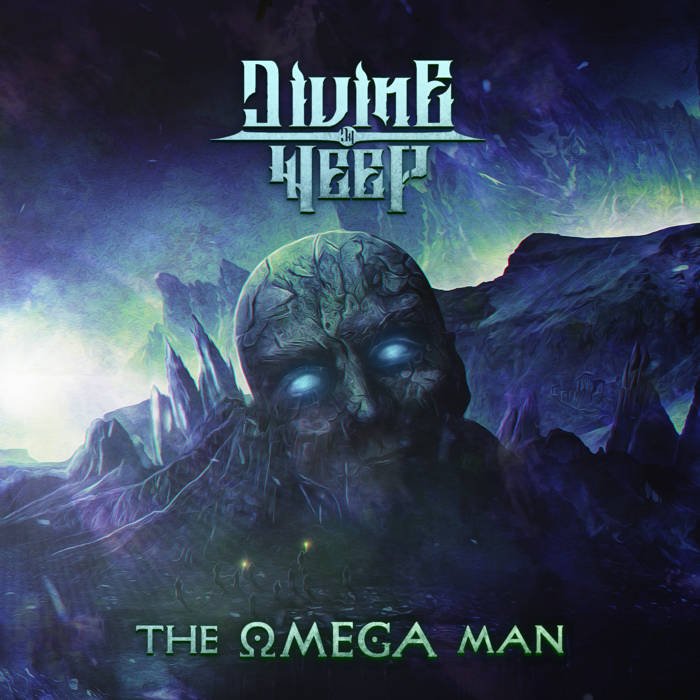 Divine Weep is a Heavy Metal band from Poland.They were formed in 1995 as a Black Metal act.They played with various line-ups for several years, then became inactive around 2000.Bartosz Kosacki (guitar) and Dariusz Karpiesiuk (drums) reformed the band in 2010. After the reunion the band’s style evolved into classic heavy metal in the vein of bands like Iron Maiden and Judas Priest.

''The Omega Man'' is their second full-length album and it was released on 8th June 2020, five years after acclaimed "Tears of the Ages".Poland always had great metal bands from the late 70s since today. Divine Weep is a band that has a variety of influences from the classic heavy metal till Black Metal.The opening song is the ''Cold As Metal''. Heavy Metal music straight to your face with a refrain that sticks to your mind. Beautiful guitar work, especially in the solos!The album continues with a speed/power metal song ''Journeyman''. Double drumming with melodic vocals and guitar riffs like razors.Slow parts in the middle of the song which are ideal for a live show.Third song is the ''Firestone''.Aggressive song with thrashy riff but always mixed within a melodic tune from the guitars and vocals.A lot of changes inside the song, sometimes you can hear brutal vocals and blast beats in the drums which reminds me of Dissection.The forth song is the ''Riders Of Navia''. An atmospheric song with a great work in the bass lines. A slow song, not like a typical metal ballad, but with a lot of emotional vibes that from the 03:50 everything changes and a power metal wave come to cover this emotion to anger.Very clever composition.Fifth song of the album is ''The Screaming Skull Of Silence''. Power Metal vibes, with fast double-bass drumming, vocals full of fury, bass lines like bulldozer and of course the guitars shred in the song!
The sixth song is the ''Walking (Through Debris of Nations)''. The longest track of the album with a total time of 07:14. Classic Heavy Metal song in the veins of Iron Maiden. Pounding riffs with melodic vocals and a refrain that sticks to your mind.Of course, here you can also hear the progressive touch, with a lot of changes in the rhythm of the song.The album continues with the ''Die Gelassenheit''. A small atmospheric song with a total time of 01:47. Here, the main role is that of the bass. It is the ideal bridge to unite the next song ''Mirdea Lake''.
''Mirdea Lake'' is a song with dark and cold feelings. Of course also here you can hear the changes from melody to brutal and from slow to fast, I think this is the trademark of Divine Weep.The album ends with the same title song ''The Omega Man''.Aggressive riffs and vocals that grab you straight to your ears. Great composition with heavy pounding guitars!
The production of the album was made by the band which is so heavy and clear.
Recorded, mixed and mastered at Dobra 12 Studio by Piotr Polak.
Artwork & layout made by Dawid Boldys (Shred Perspectives Works).
I really enjoyed ''The Omega Man'' album so much and it is a really great feeling that in 2020 a band like Divine Weep exists and gives to the heavy metal community a beautiful album like that.I'm pretty sure that the future is bright for them.
The only thing I have to mention is that the album MUST be released on vinyl and not only on CD.