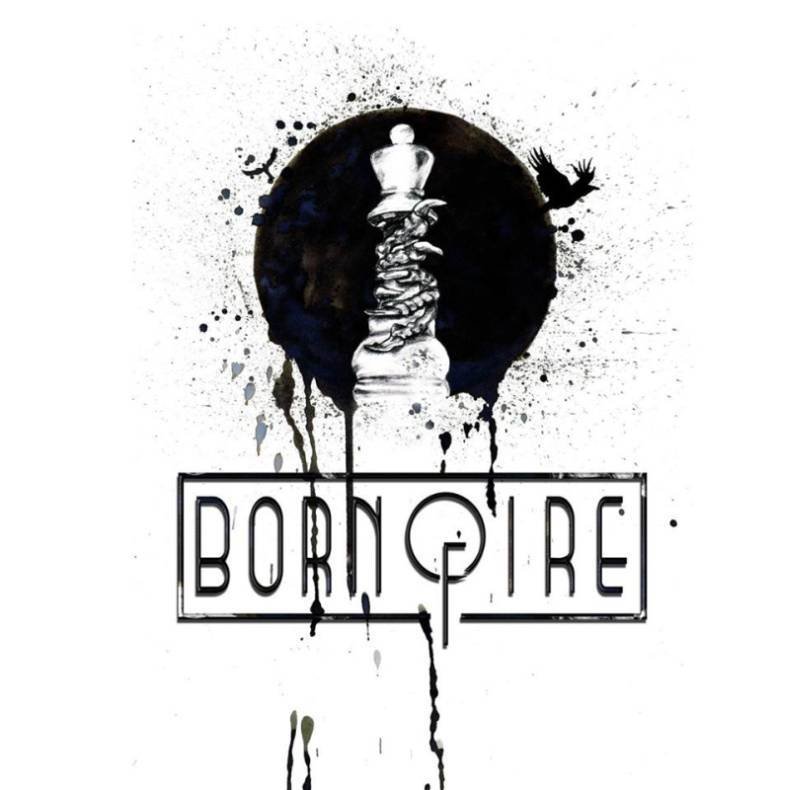 Born of Ire is a Speed Metal project with members from Brazil and the UK.

In 2018 they released their same title album ''Born Of Ire'' from their own record label.
The album contains 10 songs with total time 58:49 minutes.

The first track is ''No Evil''. It is an instrumental song with heavy guitars and with a melody that stucks in your mind.
It also reminds me a lot of the 80s music in Horror film openings.
And YES! The first riff of the ''Marionette'' is Heavy as Fuck! A song where you can hear a mix of METALLICA / MEGADETH & ICED EARTH.
The ''Marionette'' reminds me the best era of METALLICA from the Master Of Puppets album.
Powerful song with lots of melodies and slow melodic parts. The lyrics of the song are about self actualization.

The third song is ''Devil to Pay in the Backlands''. The song starts with a drum beat.
Pure heavy metal feeling with a lot of changes from fast to slow parts. There is a very melodic guitar solo in the middle of the track. The song is based on a famous Brazilian novel: Grande Sertão: Veredas.

The album continues with the ''Liar's Rhythm'' song. The classic guitar opening makes me understand that Calum Lewis is a really great guitar perfomer & song writer.
The song reminds me a lot of ANNIHILATOR's first 2 albums era. A mystical and passionate song with a catchy refrain. The lyric context is about deceitful politicians and the media which you can read and think about the corructive politicians.

In the continue we hear the song ''Spire''. A melodic and sentimental track. Again here the influences of METALLICA are very strong.
A strange tempo song with many changes in the riffs and on the drum parts. Lots of melodic bridges with a beautiful guitar sound. The song is based on the main character in the classic novel ‘The Last Day of a Condemned Man’ by Victor Hugo.

Next song is ''Cold Stone Sky''. Powerful melodic song which reminds me of ICED EARTH. The guitar riff is catchy, the bass guitar kicks ass.
A groovy song with very good drum parts. The song is about feeling trapped and hunted. Very passionate lyrics.

Next song is the ''Asylum''. In my opinion, this track as well as ''Marionette'', Devil to Pay in the Backlands'', ''At the Foot of the Mountain'' & ''Cold Stone Sky'' are the best tracks of the album.
Fast drumming, heavy riffs and powerful vocals. Classic Speed Metal song in the vein of ARTILLERY. It is based on the H.P.Lovecraft Re-animator story.

''At the Foot of the Mountain'' is the longest song of the album (10:45 minutes).
It is an instrumental track. Heavy guitars, drums pounding like a hammer on the anvil. Melodies and wildness in one song.
Great solos with excellent sound. Progressive Metal in most parts, with straight in your face riffs as well.
In this song you can realize all the technical skills that Calum Lewis has and practices all those years as a musician. It is an instrumental song about change, with the movements of the song representing Winter, Spring, Summer and Autumn and then Winter.

Last song is the ''Infiction''. A fast song with heavy refrain and powerful solo guitars.
The song is about the character of Mal from the film Inception.

Generally BORN OF IRE is a band which is not afraid to show to the audience their main influences such as METALLICA / ICED EARTH / PARADOX / ANNIHILATOR or even sometimes influences from BLIND GUARDIAN.
However, they filter those influences with their own style.

The album has a really great cover artwork made by Hana Robinson and Produced by CodeTalker Studio.

Support BORN OF IRE, they deserve it!