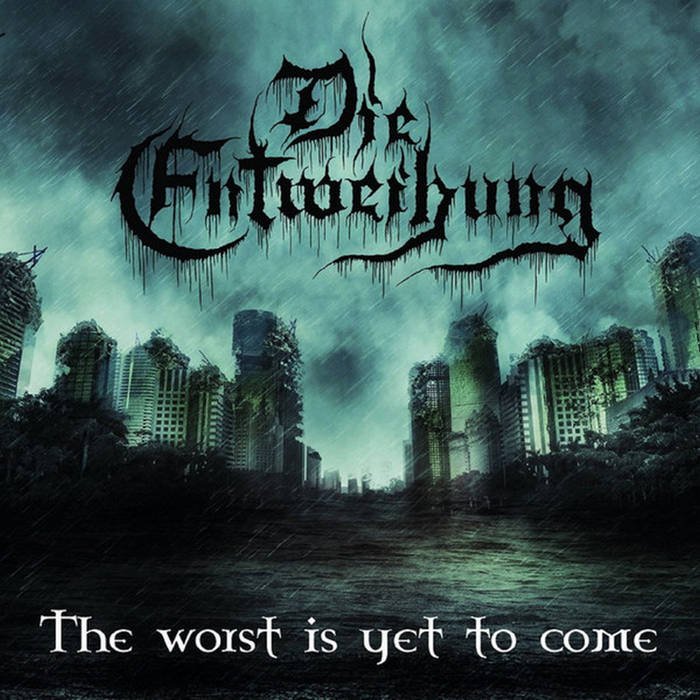 ''The Worst Is Yet To Come'' is the ninth album for the multi-talented Herr Entweiherr (Денис Терещенко) from Israel that was released in 2018. Atmospheric and melodic album, of course, do not lack the metal bursts in the songs.

The album contains 9 songs:
1. Good Times Are Over
2. The Holy Land
3. The Plague Of XXI
4. From The Darkness To The Eternal Light
5. Nailed To The Worthless Fate
6. Next World War
7. Antigift (Antilife)
8. Not For Devil Anymore
9. Long Lost For Love (Doro)

The album starts with the beautiful instrumental song ''Good Times Are Over'' and then we hear the hellish powerful song ''The Holy Land''. Black emotions, rage and thrashy riffs to the maximum!! The music of Herr Entweiherr reminds me a lot of the Hellenic scene in the 90's like ROTTING CHRIST, NIGHTFALL, NECROMANTIA and of course to other Black/Death Metal legends like SAMAEL & TIAMAT. The music of DIE ENTWEIHUNG has no boundaries and limits, you can here melodic parts with double leading guitars ala IRON MAIDEN in the songs ''The Plague Of XXI'' & ''From The Darkness To The Eternal Light'' especially in the solo parts & of course pure ''hate'' songs in ''Nailed To The Worthless Fate'' (this song has an epic feeling!), ''Antigift (Antilife)''. I have noticed, that in this album and in his latest work ''Kings & Paws'', Herr Entweiherr gives small surprises such as cover songs. In this album we have ''Long Lost For Love'' a cover song from DORO which is played in the music filter of DIE ENTWEIHUNG. Very nice and clever cover song was recorded back in December of 2016 for Russian ''Tribute to Doro'', but it wasn't released... In general, his music leaves me with a melancholy and at the same time strong taste from the 90's (where at that time, I was not a fan of these bands and this sound in general, in the 90's I was already stuck in the bands of the 70's and of course of the 80's). Of course the years passed but the sound of this decade still gives me the feeling of those days. Thanks for that, Herr Entweiherr! I enjoyed this album so much!!