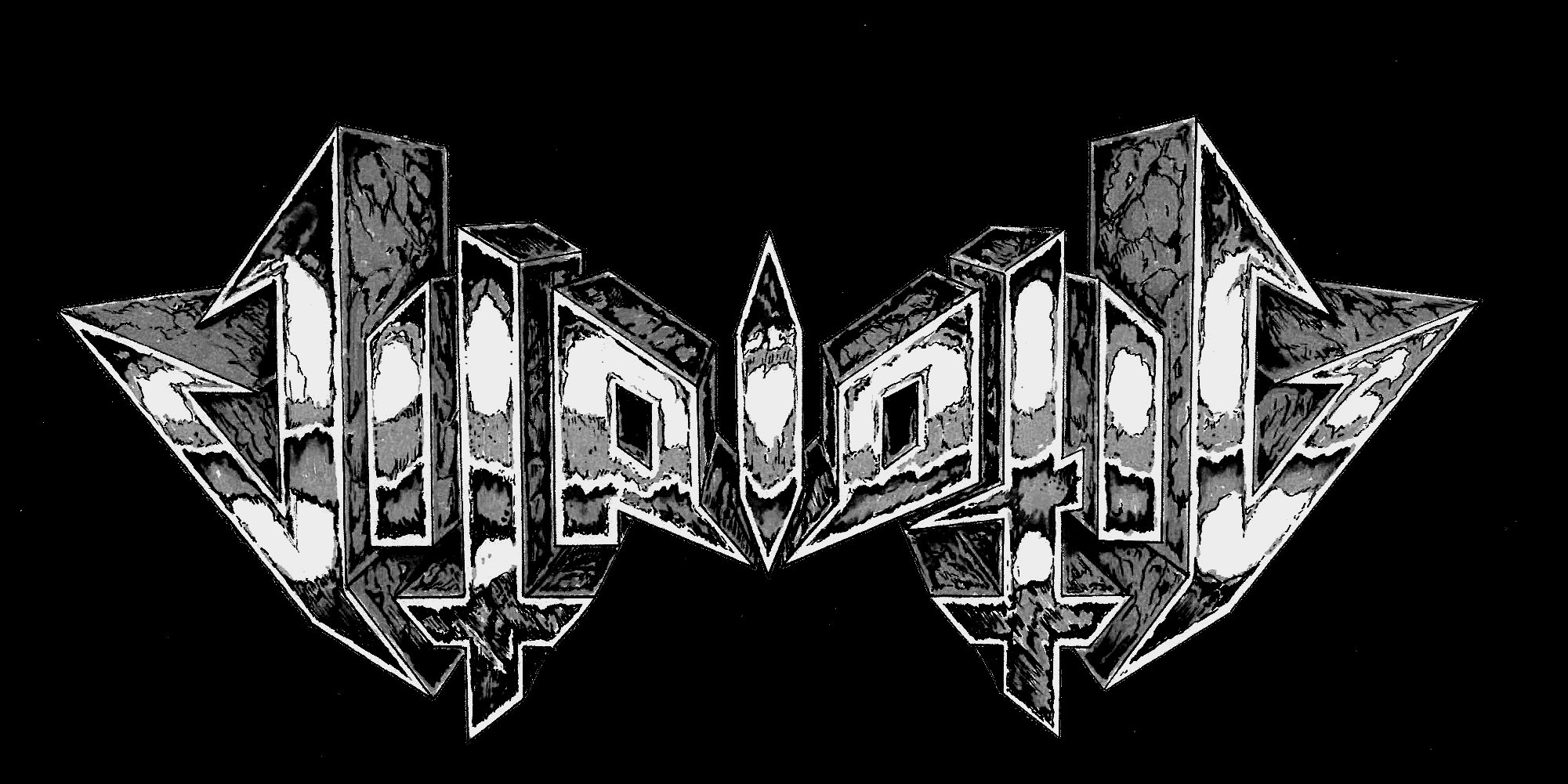 We had a conversation with Gatekeeper Ares (Vocals/Guitars). Enjoy!

Welcome to the FILTHY DOGS OF METAL Webzine.
Tell us a few things about VITRIOLIC (Members, Starting Year etc).
Vitriolic started as a power trio in 2019 by me Gatekeeper Ares on vocals and guitar, V von Vitriolic in the battery seat and Irreverentor as a bassist and this unit has continued it´s existence ever since. Our mission was and still is to fast and mean riff driven black metal. We've released two demos, a live and rehearsal tapes and an album 'Renegade Ascension' 2021.

You have recently released your rehearsal tape ''Speed 'n' Satan '22 ''. What is the feedback from your audience as well as from the press?
Yeah we recorded 5 song rehearsal tape in our dungeon, three old and two new ones on a cassette four tracker. We've sold a bunch of the tapes, so it seems there has been some interest.
I doubt we'll ever be met with interest from the press. 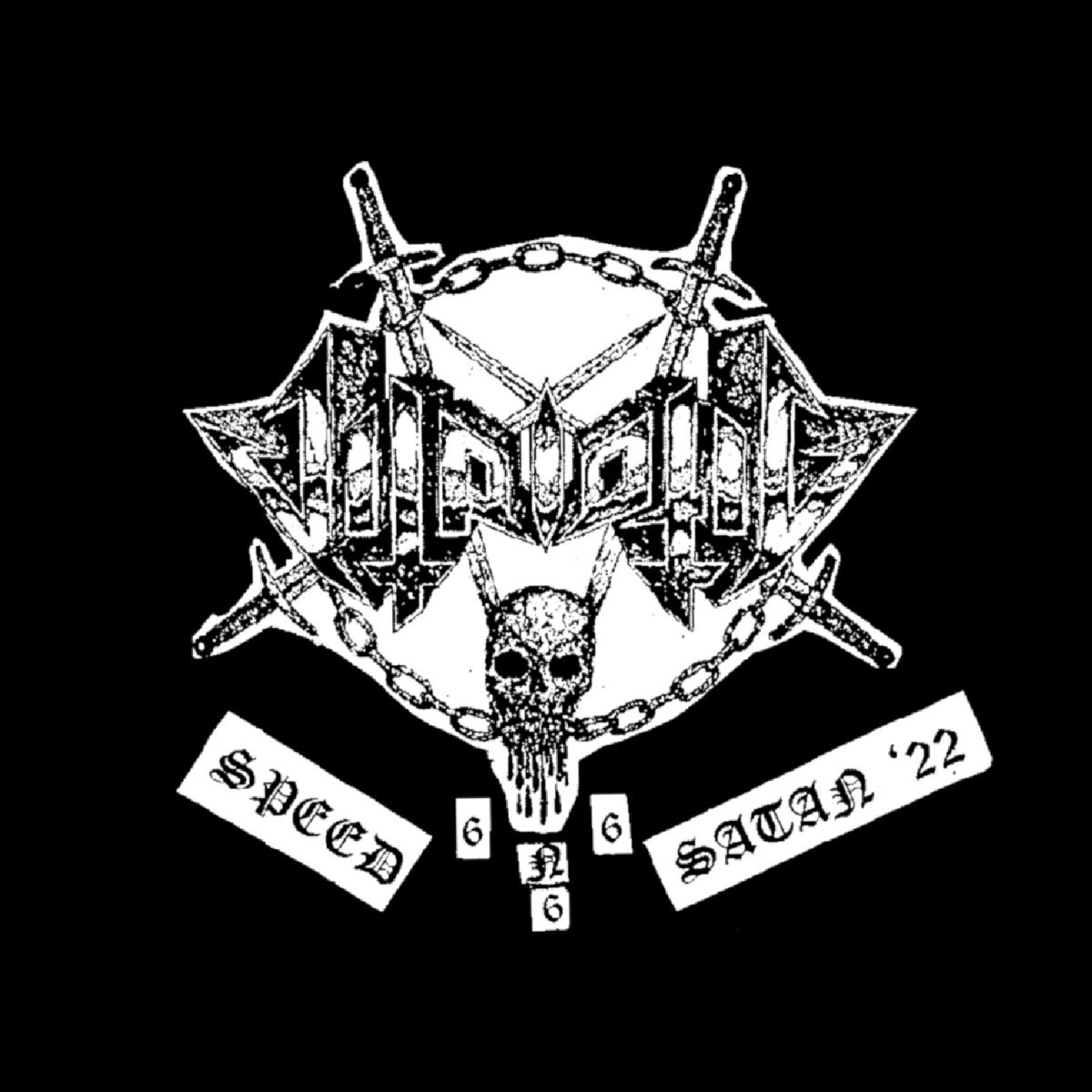 Label or DIY and why?
Why not both? We have played in underground bands for a pretty long time now so DIY is no problem and still most of gigs, recording and other shit is done by ourselves.  We have worked with Headsplit Records and Ostrobothnian Soundsystems, but at this level you gotta do most of the stuff yourself anyway and if you are lucky - someone will release your stuff. Hard to image doing this kinda stuff without the DIY aspect. If you're not gonna do it even by yourself, why should somebody even give two shits what you are doing?

Do you prefer Vinyl, Tape, CD or Digital Format and why is that?
Analog is the way to go. Vinyls and tapes - even with their flaws are the most aesthetic choice for releasing music. CD's and digital are for convenience. Nowadays they seem to have become collector pieces that you pay a shit ton of cash to get, take out the download code and put the record into your shelf to rot. Fuck that. We've put out CD's and have a bandcamp also and they have their uses. In the end who cares how you listen your music and does a wall of plastic and paper make you somebody? 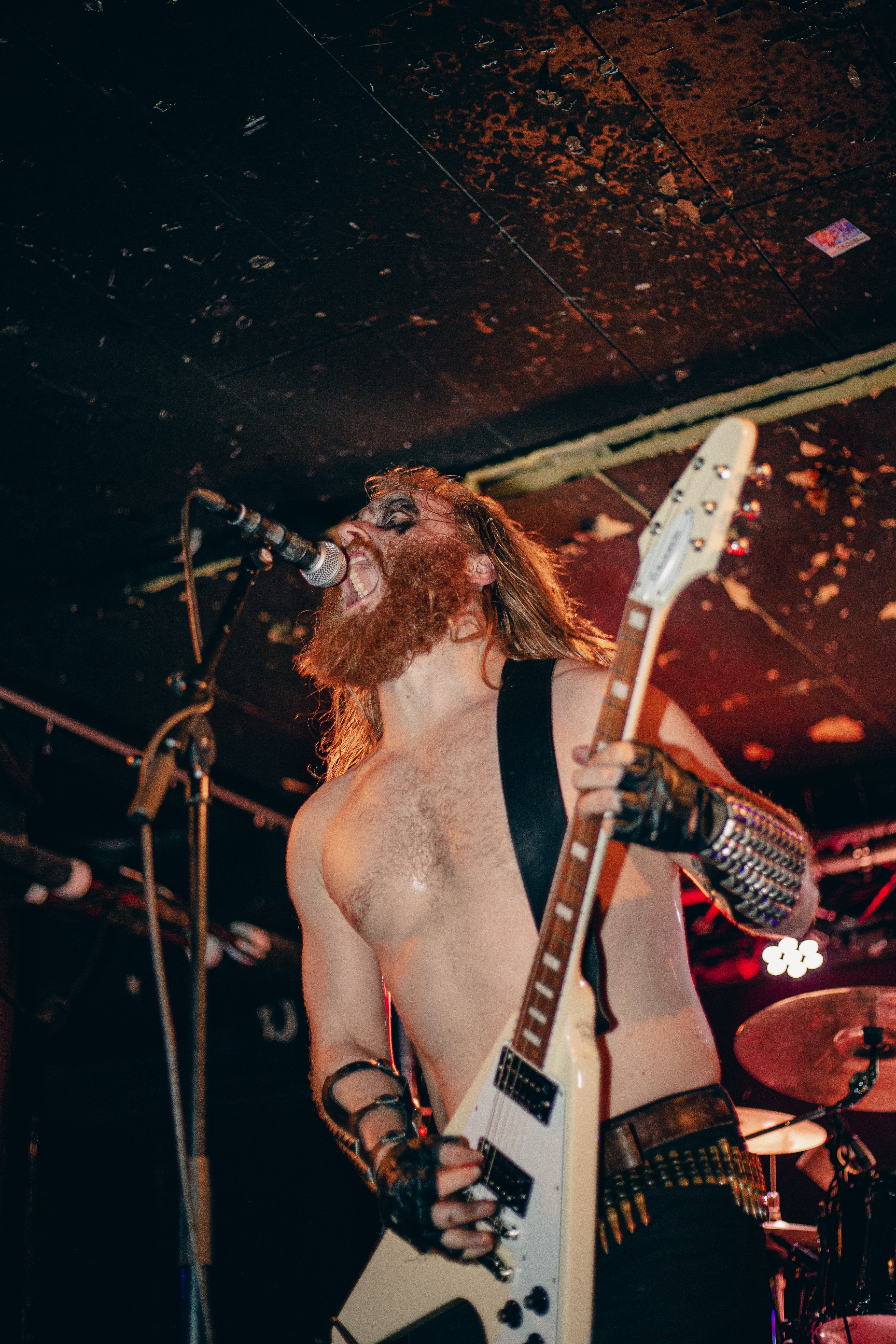 Which things, do you think, a Band should sacrifice in order to succeed? Have you ever sacrificed anything in your life for a better future of your Band?
Succeed like how? Play black metal as living? Doubt it.  Just like in all things in life, if you want to succeed you have to put all in. Probably there are lot of things to sacrifice in artistic integrity and life to succeed, but you gotta adjust your expectations with reality and be honest with your efforts. Playing in a band seems something you have to have an inner burning need to stand with all the shitty aspects of bandlife and to bee prepared to give out your free time and money - often without any payback. But I think releasing records and playing lot of fiery gigs is enough.

Describe your ideal live show as a performance Band. Have you already experienced that?
We step on the stage and Hell will follow... Make it fast, tight and violent. I think we are truly a live band and put up a performance full of vitriol every time. Come and see! 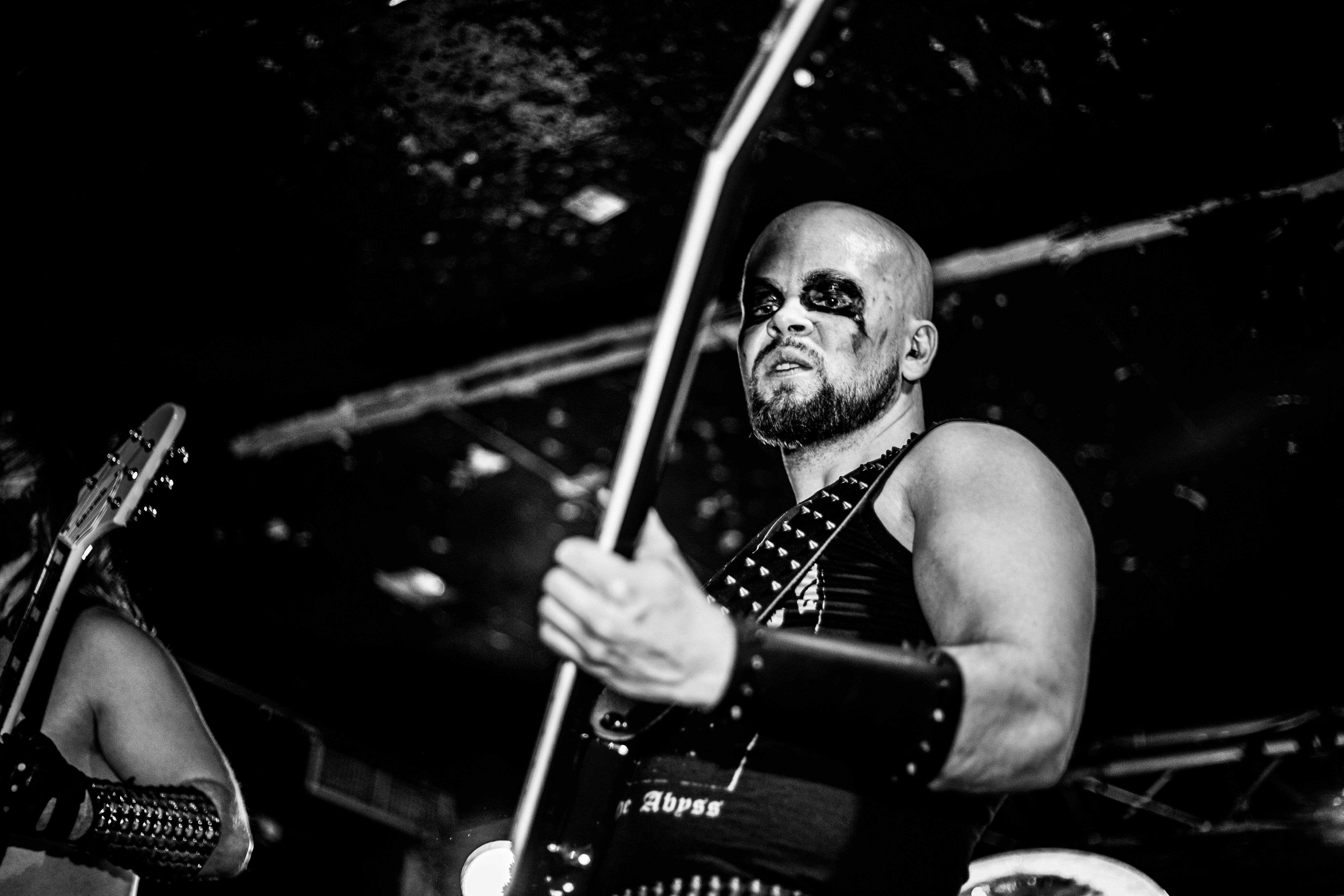 Which attributes, do you think, that a new Black/Speed Metal Band should have in order to gain identity and be unique?
Make good songs, write great riffs and perform with fury. No need for anything fancy or too much out of the ordinary. There are some visionaries who have a drastic impact on music, but most don't fit in that category. Like a craftsman work on your craft and don't be a wimp.

Do you believe that Digital Platforms help the new Black/Speed Metal Bands? Which, do you think, is the ideal way for a Band to promote its work?
They are a similar tool just like paper flyers and tape tradining is or was. Maybe not as cool and romantic, but it is what it is. Still filling orders with flyers though. Not a fan of whoring too much on social media, I hope and that quality releases and great performances are enough to draw attention. 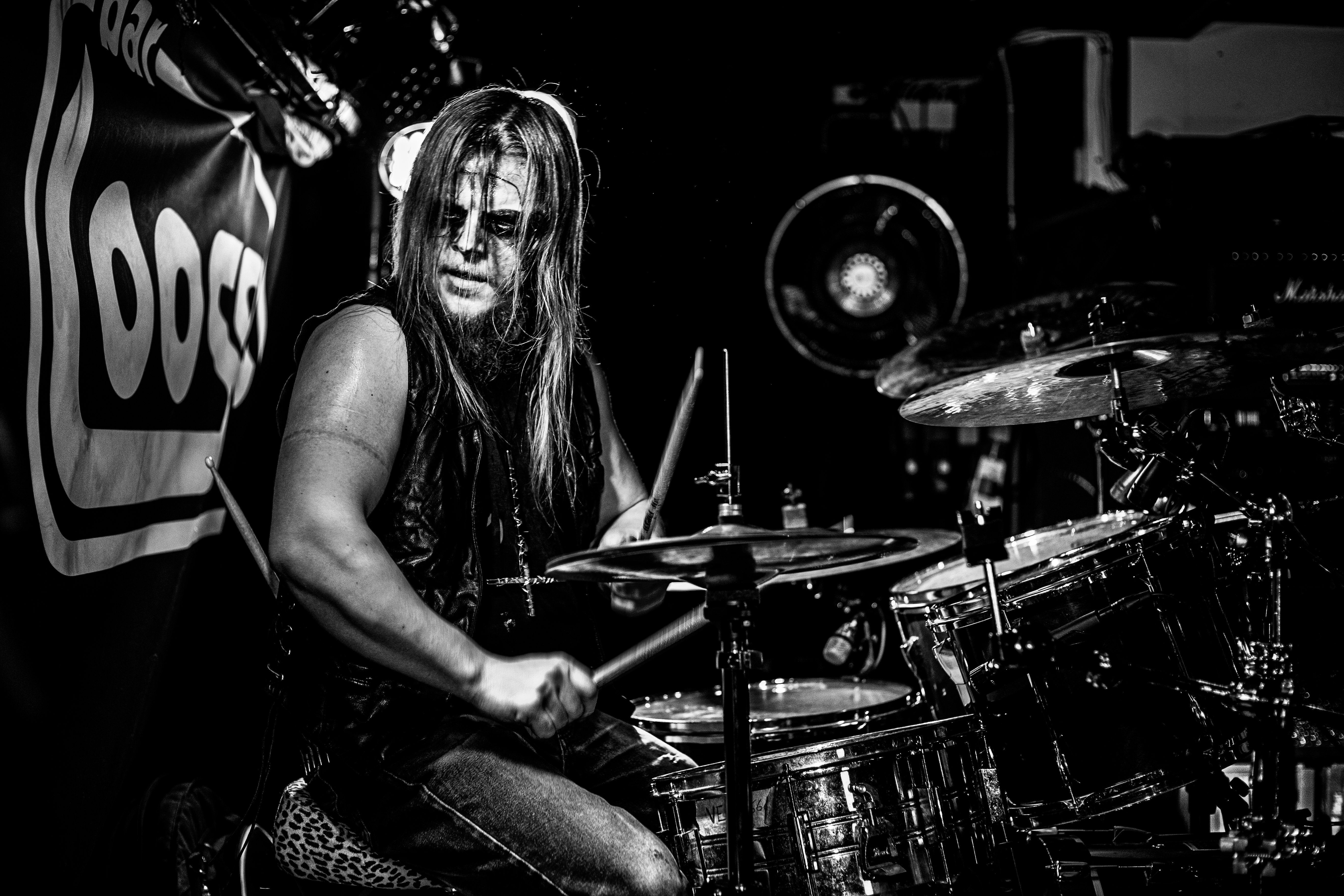 Tell us a few things about the New Underground Metal Scene in Finland (Bands, Fanzines, Webzines, Metal Clubs etc.)
Lot of good new bands seem to be popping out recent years and the scene is pretty decent. Bands to check out: Scumripper, Rapid, Chevalier, AXESLAUGHTER, Sadokist, Warfare Noise, Galvanizer, Morbific, Depravement, Hail Conjurer to name a few!
Check out MARTIAL ART zine done by me, lot of good Finnish bands are covered there! Issues I and II still available!

Do you know anything about the Hellenic Metal Scene?
I love Necromantia, HAIL NECROMANTIA - Scarlet Evil Witching Black!!!!!!!!! Varathron is also great. Check out Finnish HAIL for grade A Varathron worship! Ancient Hellenic culture, philosophy and myths are a personal interest also! If you look through lyrics in our song like Hades Unchained theres even prety obvious references to the Hellenic mythos.

What are your future plans?
Keep writing more songs, play gigs and release new stuff. Maybe do a tour if this plague withers out some day and if we are not in the third world war! Wilko Johnson said that guitar is a machine gun, but we'll see how it will turn out! 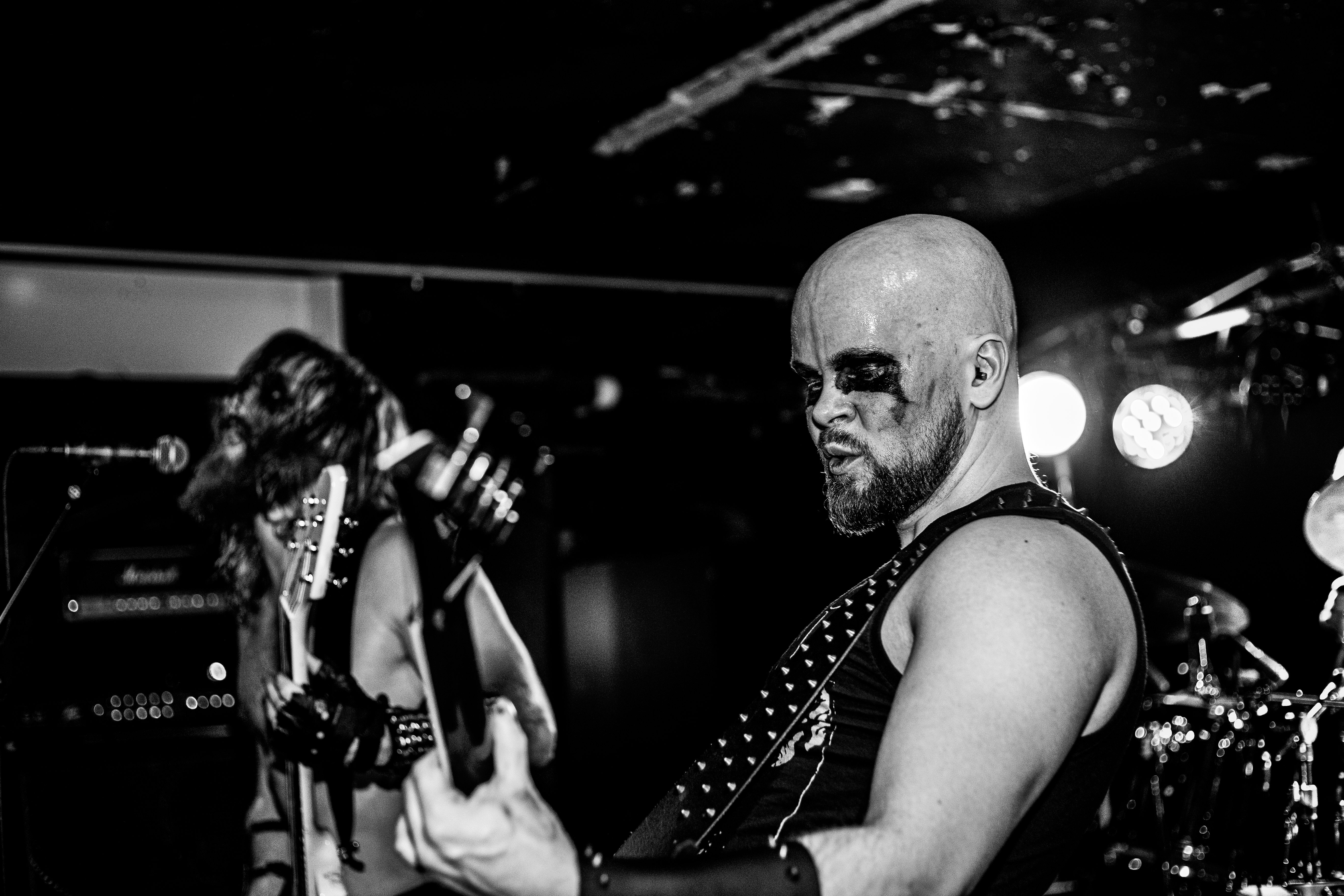 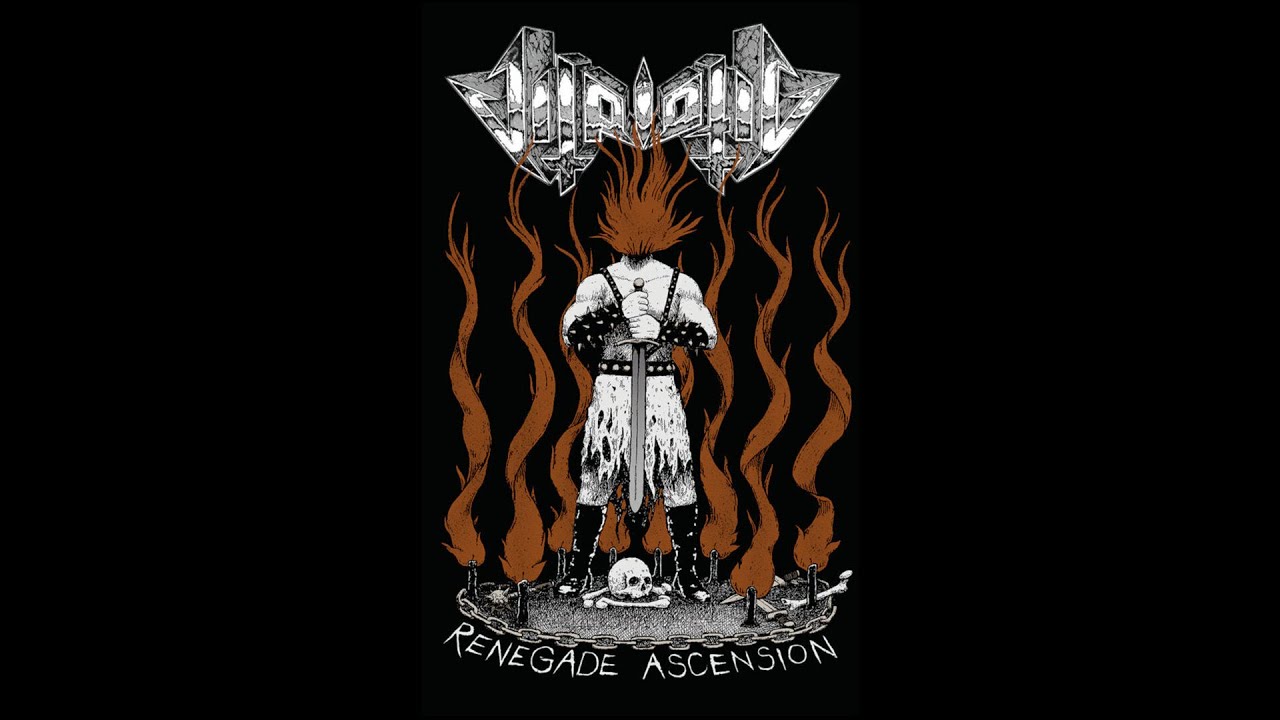