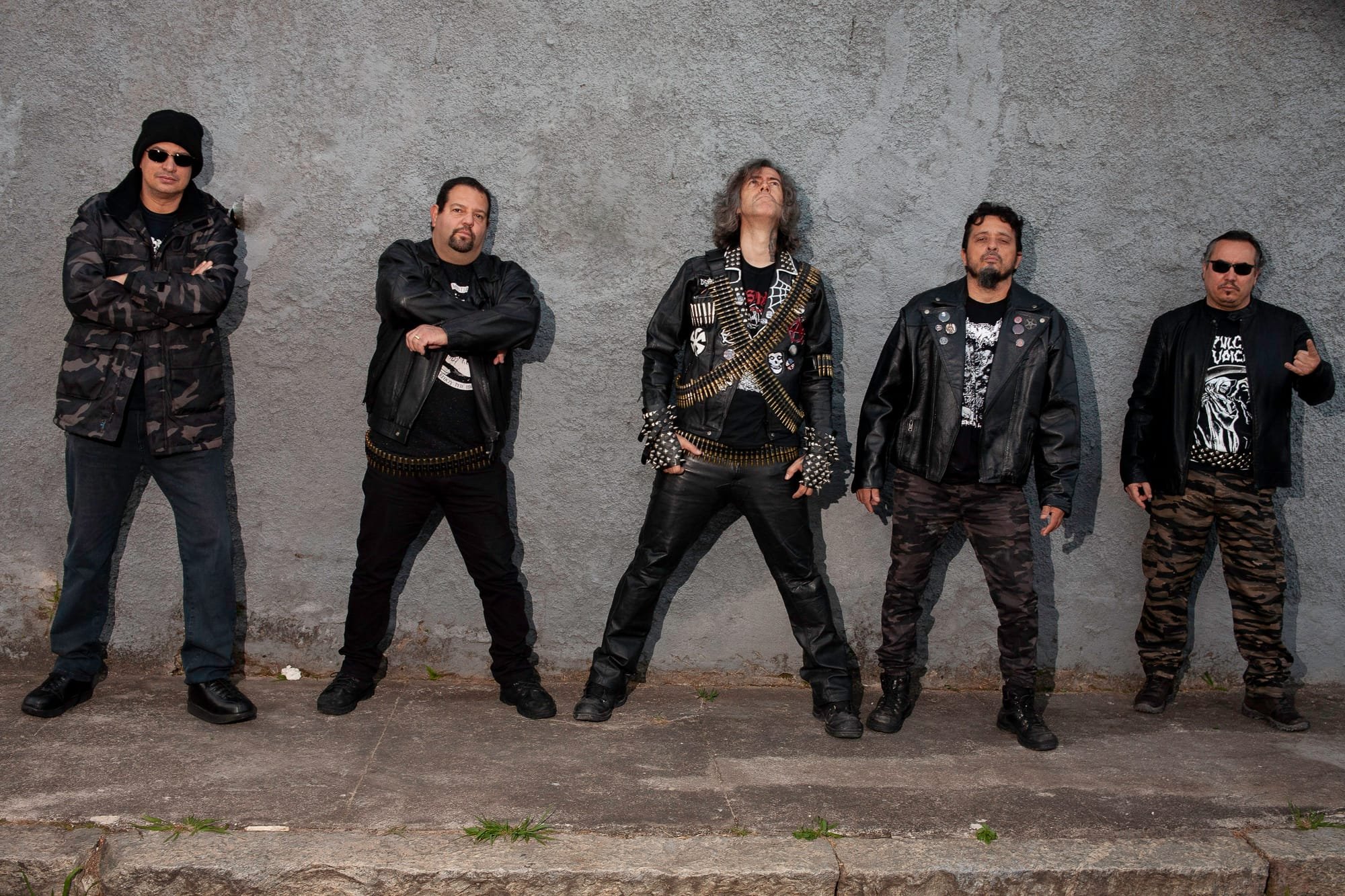 We had a conversation with Luiz Sepulchral (Guitars). Enjoy!
Welcome to the FILTHY DOGS OF METAL Webzine.
Tell us a few things about SEPULCHRAL VOICE (Members, Starting Year etc).
We started in 1987, 05 young people at the time with 15, 16 years old Luiz (Guitar), PP (Bass), Rossano (Vocal), Bolão (drums), Rubio (guitar), a very difficult time where sound systems were very expensive, there were no instruments of quality that was not imported, we did rehearsals in a room at home and at the time I believe we didn't have a studio for rehearsals or, if there were any, the cost would be beyond our conditions. All in all, the difficulties allowed us to make the most of ourselves trying to make a sound of quality and I believe because of these hypotheses, the national metal gained strength and a peculiar characteristic. Great national metal releases gained prominence both domestically and abroad at that time. Currently the band has the same line-up as the last demo in 1992, only with the addition of Ronaldo Ron Seth on guitar. Formation: Luiz (Guitar), PP (Bass), Harley (Vocal), Lélio (Drums), Ronaldo (Guitar).

In 2020 you have released your album ''Evil Never Rests''. What was the Feedback from your audience as well as from the Press?
We had a great reception from the public that yearned for a full of the band and with a footprint that would refer to the classic bands from the origins of metal from Minas Gerais in the 80s. We managed to deliver exactly that to the fans. Specialized vehicles praised the work, evaluating it as excellent. Label or DIY and why?
The band always released demos and an independent EP but always, a label that bet on our work. In 2019 we signed a contract with Dies Irae for the release of the Album Evil Never Rests. We had full support from the graphic design, recording period, distribution. We are presenting with this partnership.

Do you prefer Vinyl, Tape, CD or Digital Format and why is that?
As I was lucky to go through all these formats, there is no doubt that vinyl is unsurpassed. The sound is raw and allows for very elaborate covers and inserts, making it a sensational collection item. The tape was our second option because it allowed us to copy the records of friends when we couldn't afford the record, or the tape was imported and the band's album still didn't exist here in the country. The digital format has become the most practical and affordable (CD). 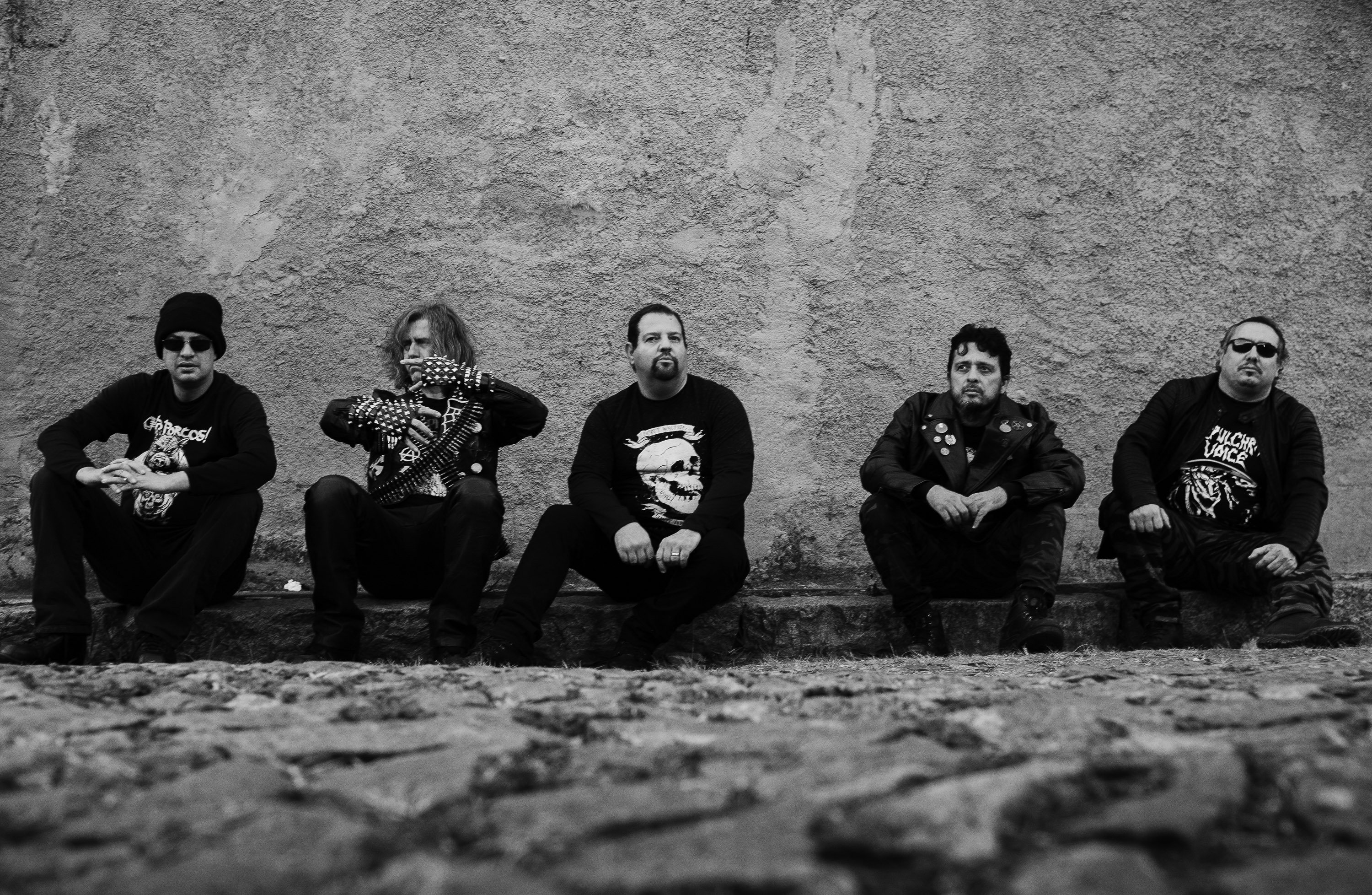 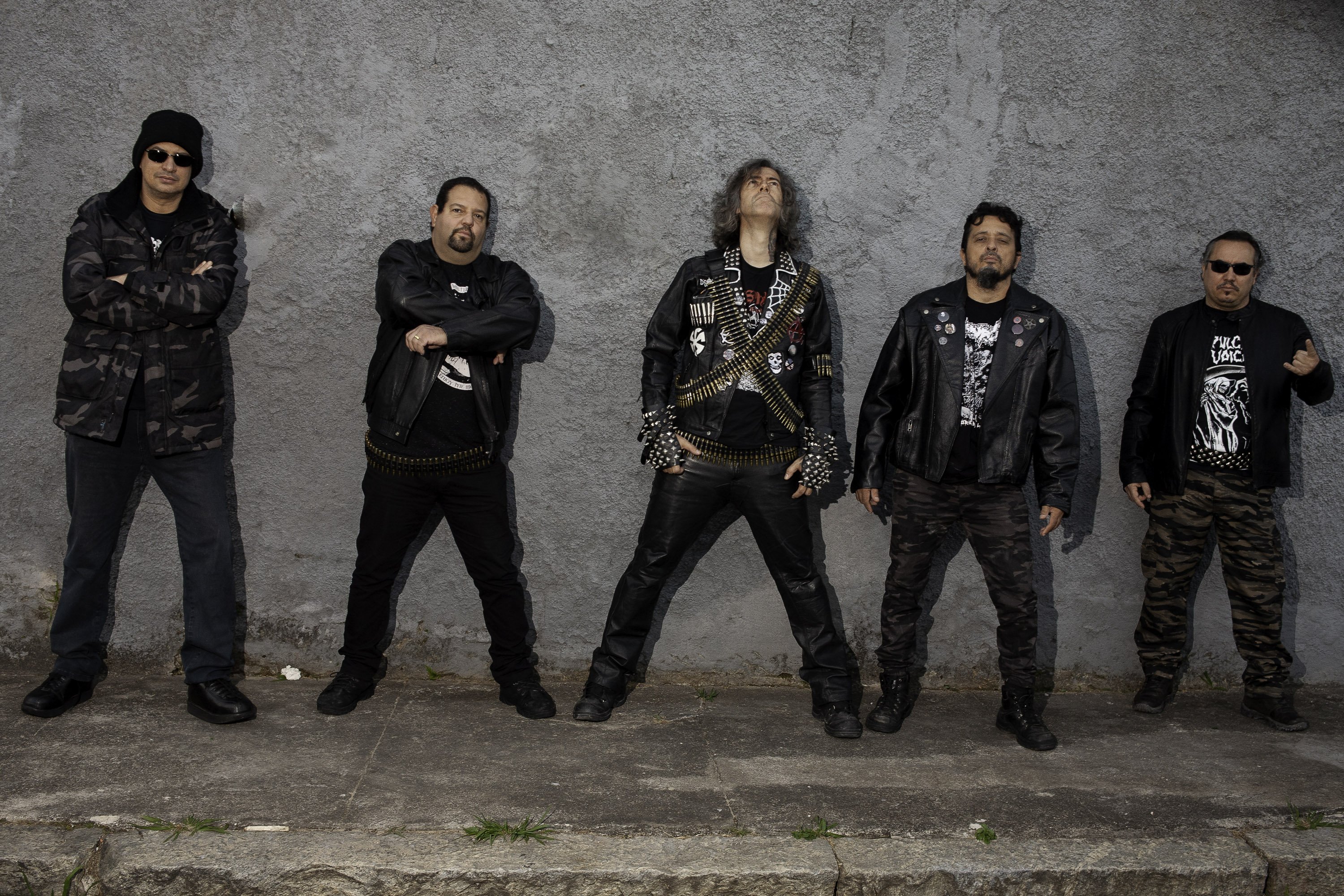 Which things, do you think, a Band should sacrifice in order to succeed? Have you ever sacrificed anything in your life for a better future of your Band?
It's hard to talk about total dedication in a country where making a living from music is utopian. The biggest sacrifice is the time for dedication to the band. This time is not only limited to days or days of rehearsals, but dedication to the instrument, search for new sounds, inspiration in compositions that have no time to happen, like waking up at dawn with a fucking chord in your mind and already pick up the guitar and register this for example. We already sacrifice in our youth meetings with girlfriends, parties. Today we leave the family on account of shows, rehearsals, etc. I've already turned down a scholarship proposal so as not to harm the band.

Describe your ideal live show as a performance Band. Have you already experienced that?
We've played in street festivals or public squares. These are events that have a lot of public. But we've already played in pubs where the energy was extraordinary. I think that the good organization, good quality equipment and the main thing, the positive response from the public for us is 100 or 1000 people, we are satisfied. Which attributes, do you think, that a new Death/Thrash Metal Band should have in order to gain identity and be unique?
Today I see bands concerned with the virtuosity of musicians and this has created bands with incredible sounds, but without a signature. Other bands looking for timbres both on vocals and on instruments that remote from some great band that rules the style. For us, we understand that the first step is not to label yourself. Sepulchral Voice is heavy metal, Death/Thrash classification etc. is the name of a magazine and specialized critic. Initially make the compositions that please the band and not compositions that first please the audience. I think that's our train of thought for things to sound true and really have our signature. Do you believe that Bandcamp and other Digital Platforms help the new Death/Thrash Metal Bands? Which, do you think, is the ideal way for a Band to promote its work?
We live in a world immersed in information in a very fast dynamic and on a worldwide level. Digital platforms make the sound of all bands available for everyone to know. It's the trend, what I see as complicating is that for those who are already known, it has become an unparalleled boosting tool, but for newer bands it's like a common fish in a river with salmon. Sometimes the “fisherman” catches this fish and is even interested in its history, other times it returns it to the river. The pandemic showed a way that could be useful to promote bands that would be live shows, or festivals in this format. It's more complete than listening on a digital platform. The band performs, has visual appeal, live sound etc. Do you know anything about the Hellenic Metal Scene?
I know big names like Rotting Christ, Suicidal Angels, Septicflesh. I had the opportunity to talk with people from The Crucifier band who even congratulated us on the Evil Never Rests album. 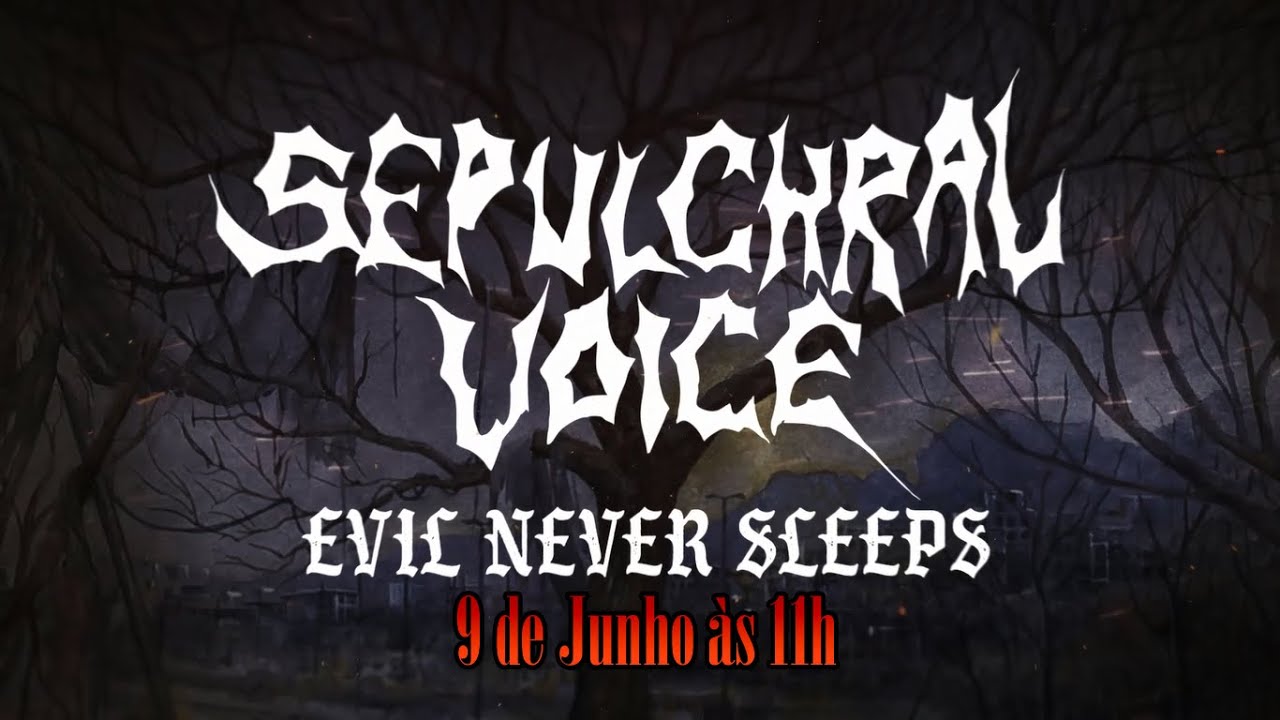 What are your future plans?
As soon as possible to put the band on the road as we didn't have the opportunity to present concerts from the album, resume negotiations for concerts that were in advance and redo the schedules. Release a clip of a new single (we already have material for another album) for a new album release. 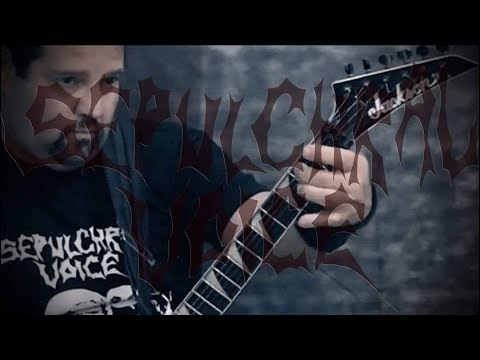