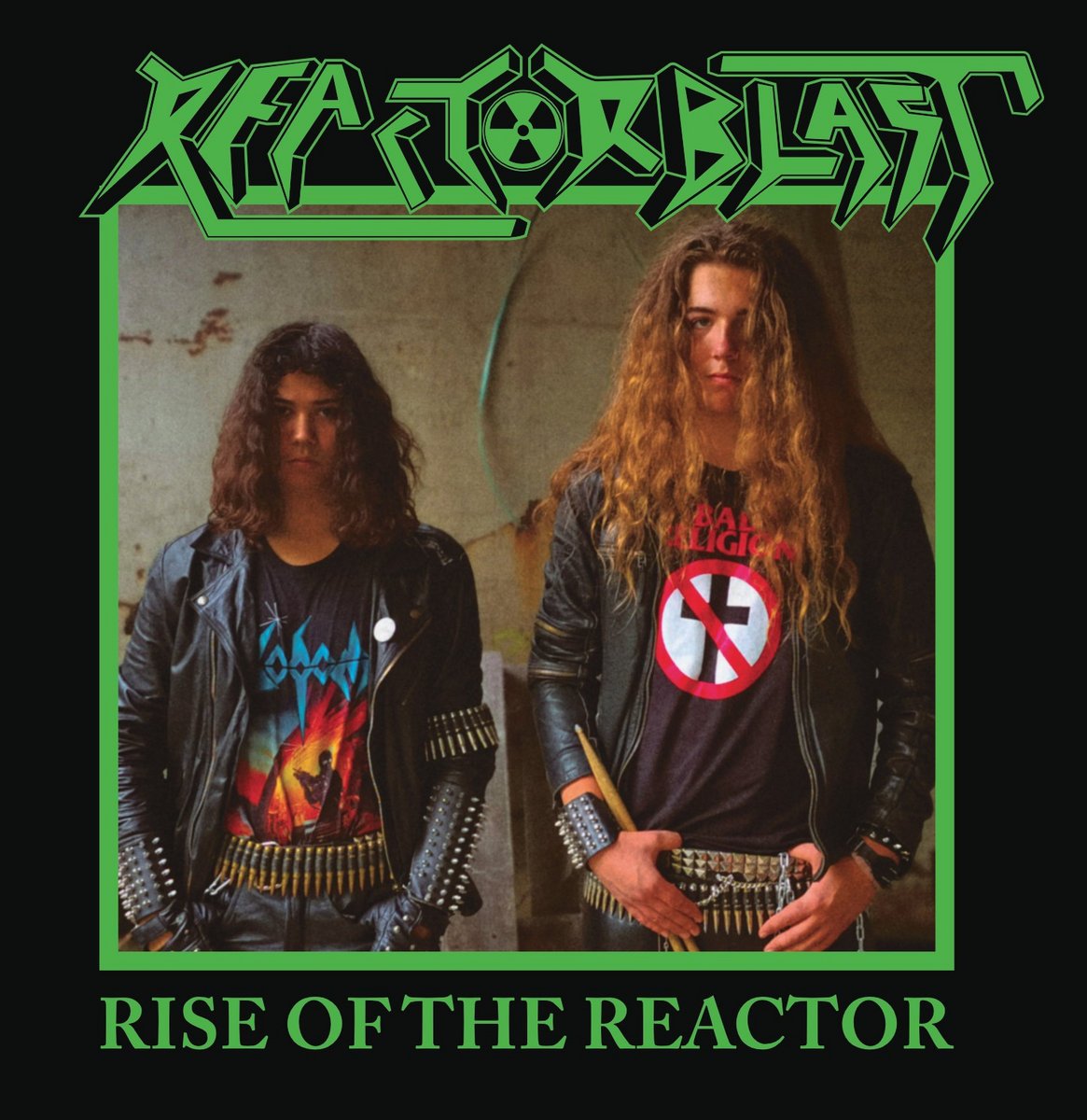 Oops, what a Teutonic thrashing slap in the face was that! Here we have a new band from Germany which is thrashing very wild. Their CD is called ''Rise Of The Reactor'' and contains 5 songs, one is a cover song from the German thrashers PRIPJAT. When you look at the cover artwork, you will understand exactly what you are going to hear. Leon wears a SODOM t-shirt (Agent Orange album) and Aaron wears a t-shirt from BAD RELIGION (Mille Petrozza used to wear it also back in the days!). The guys are dressed with bullet belts, leather jackets and wristbands with nails like DESTRUCTION in the old days, so the music is guaranteed to thrash your brain out!! But let the music talk...The opening riff of the song ''Despicable Remnants'' is very similar to SACRED REICH's ''Death Squad'', but OK this is a classic thrash/speed riff which also reminds me of METALLICA & MEGADETH. But of course this is an inspiration from the bands which you love and admire so those kinds of riffs came directly from your heart, it happens many times. Anyway, the opening song of the EP is a classic thrash tune, with fast parts (especially in the drum parts of Aaron Schlott which is playing so fast, technically and sometimes uses blast beats!). Of course the guitar work of Leon Schwind is really great! Great solos and thrashing riffs like razors!! The second track is the cover song from PRIPJAT and it is very well played! Well done boys!! Third song of the EP is the ''Rise of the Reactor''. Another powerful song full of double bass drumming and thrashing ripping riff which is gonna break your neck from the hellish headbanging!! The vocals of Leon sometimes reminds me of the voice of Max Cavalera (SEPULTURA) & sometimes the mighty Stace McLaren (RAZOR) especially in some screamings! The Fourth song is ''Contact Light''. A powerful instrumental song with a riff ala SLAYER that sticks to your mind! Last song of the EP is the ''Atrocity Circle''. Probably my favourite song together with the same title of the EP. ''Atrocity Circle'' is a song full of aggressive guitar riffs and wild fast drumming. Total chaos and madness!! Generally, I enjoyed so much the CD of REACTORBLAST and I'm pretty sure that the future is bright for them, They are young & their blood is boiling for pure thrash metal holocaust, so...Hey!!! Metal record labels out there are you DEAF?? Get REACTOBLAST to your roast and spread their thrashing rage to the world like a black plague!!