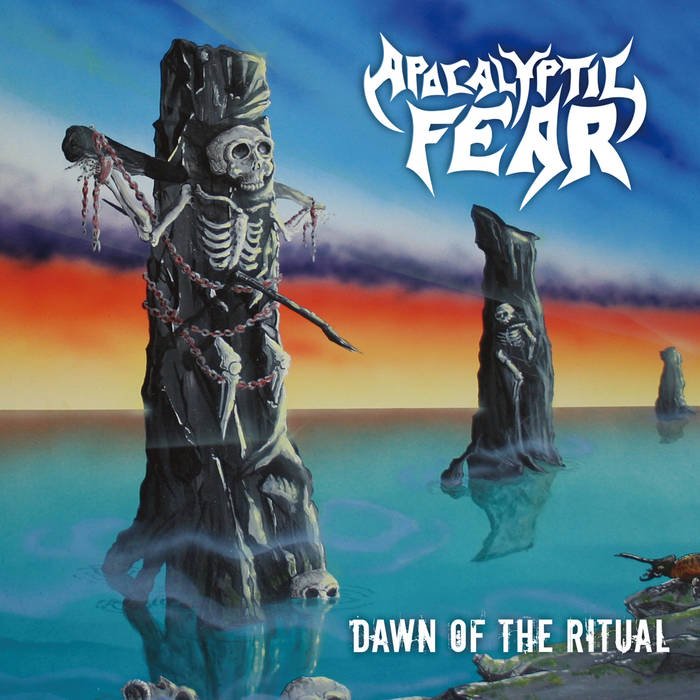 Wow!! What we have here! A compilation of the obscure death/thrash metal band from Trois-Rivières, Quebec, Canada APOCALYPTIC FEAR. The CD was released on 25 of December 2020 (what a nice Christmas present!!) & it contains the furious and rare nowadays 2 demo tapes "Dawn of the Ritual" (1994) & "Decayed Existence" (1992).

The history of APOCALYPTIC FEAR started in May of 1991, ex-KHEPHREN members Richard Harvey (Bass) and Jean-Francois Houle (Guitars/Vocals) were joined by Steeve Daigle (Guitars) and Sebastien Bussieres (Drums). The band found a rehearsal space in Trois-Rivieres, Quebec, and got to work right away. In May of 1992 their first demo tape ''Decayed Existence'' released and in September (the same year) Sebastien Gagnon was called in to play bass, replacing Richard Varney. Early December of 1993 they returned to Peter Pan Studios with Pierre Remillard to record their second demo ''Dawn Of The Ritual'' and it was released in January of 1994. Unfortunately the end for the band came in September of 1994 and over the years they have shared the stage with several bands like OBLIVEON, MARTYR, GENETIC ERROR, LAST BREATH, DEAD HORSE, CHRONICLE DISTURBANCE and SARCASM. But let the music talk. The first 5 songs of the compilation are from their second demo tape ''Dawn of the Ritual''. From the beginning the furious death metal riffs grab you by the neck, Brutal vocals by J.F. HOULE with technical guitar parts and solos both from him & from his guitar partner S. DAIGLE. Of course all this hellish mixture was completed with the amazing technical bass player Sébastien Gagnon & the ''beast'' behind the drum kit Sébastien Bussières (such a talented drummer!!). You can hear brutal aggressive death metal songs full of anger such as ''Mutilated By Sickness'', ''The Execution'' (some monster blast beats on it!) & 'Mental Delirium'' (the beginning is so fucking awesome). Recorded at Peter Pan Studio (Montréal), November/December 1993 & it was mastered at Victor Studio (Montréal). This demo is fucking amazing!! Now, let's talk about the first demo ''Decayed Existence" from 1992. It is closer to my musical taste, because it is a little bit thrashier & in my humble opinion more amateurish (that's why I like it more) than "Dawn of the Ritual ''. The composition is full of rage, hate and wildness! Also, I love the amazing cover artwork full of street metal attitude. Anyway, the opening track is ''Drive us to Hate'' starts with a small intro with bullets and bombs and then comes the ''hate''!! Powerful riffs ala MERCILESS and awesome screams from J.F. HOULE in the vein of RAZOR! The other songs?? What can I say... ''Psychic Death'' is my favourite track. The atmosphere that was made with the guitars in the beginning is so awesome!! It is ideal for a soundtrack of a horror movie from the 80s!! You want brutality? You got it! You want thrash and death metal? You got it! You want melodic parts? Yes, you got it! In this demo tape the band put the right elements to make a badass thrash/death metal album. I must mention here that the bass player is Richard Harvey & he was really great on his work, but in my humble opinion Sébastien Gagnon's bass lines are way far far beyond!!! Like the "Dawn of the Ritual" demo tape was recorded and mixed at Studio Peter Pan in Montreal, May 1992. Really, I do not understand why record labels didn't approached APOCALYPTIC FEAR, I mean the demos released in the early and mid 90s, which was the TOP of the Death Metal scene back then and the most important thing is that their songs were such a badass..Strange..but better late than ever and God (Satan!) bless the maniac team of AWAKENING RECORDS that have the idea and released this compilation, so death metal fans out there learn about this amazing band from the past! I must mention here the excellent work of the CD with top quality paper, lyrics from both demos, liner notes from the band, dual cover artwork and with an amazing collage with awesome photos from the past! Ideal for fans of DEATH, AUTOPSY, DEVASTATION, OBITUARY, MORBID SAINT etc. 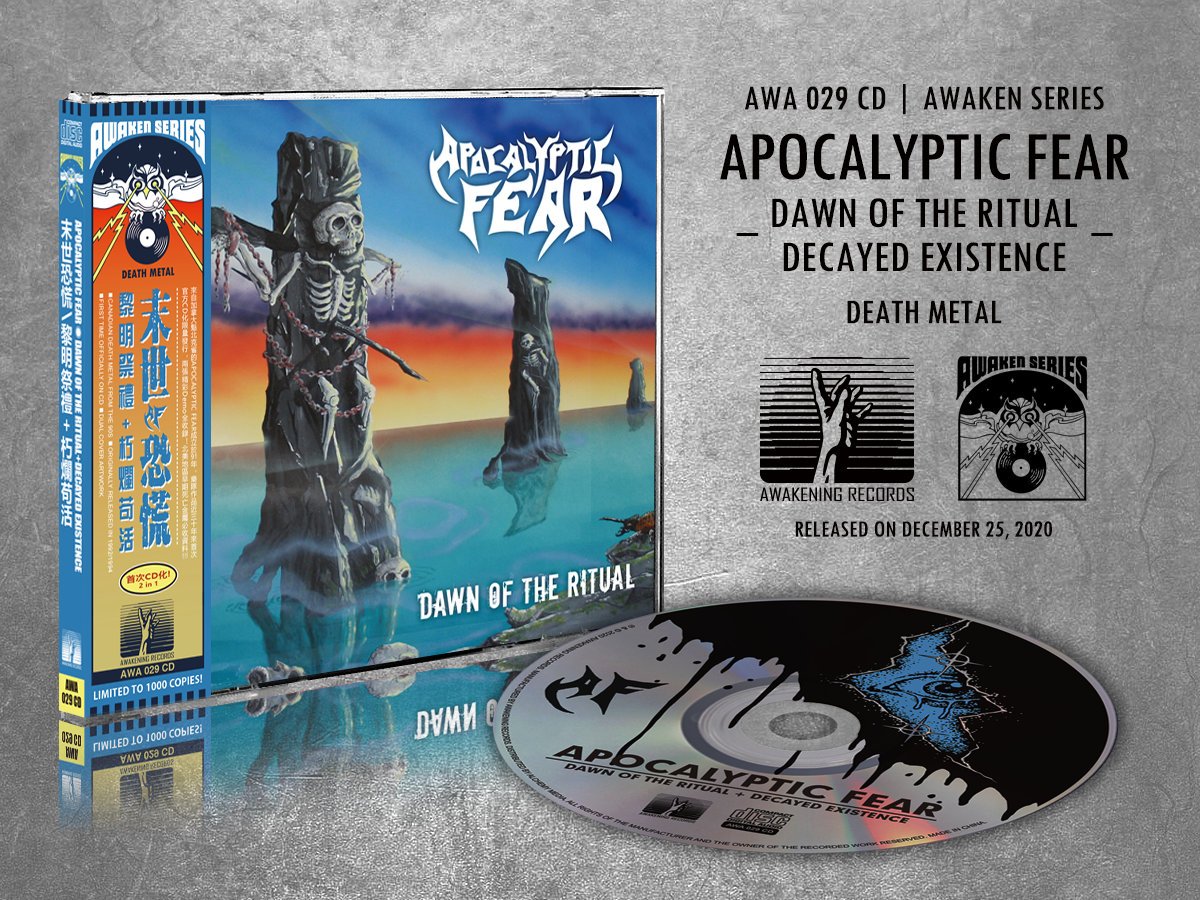