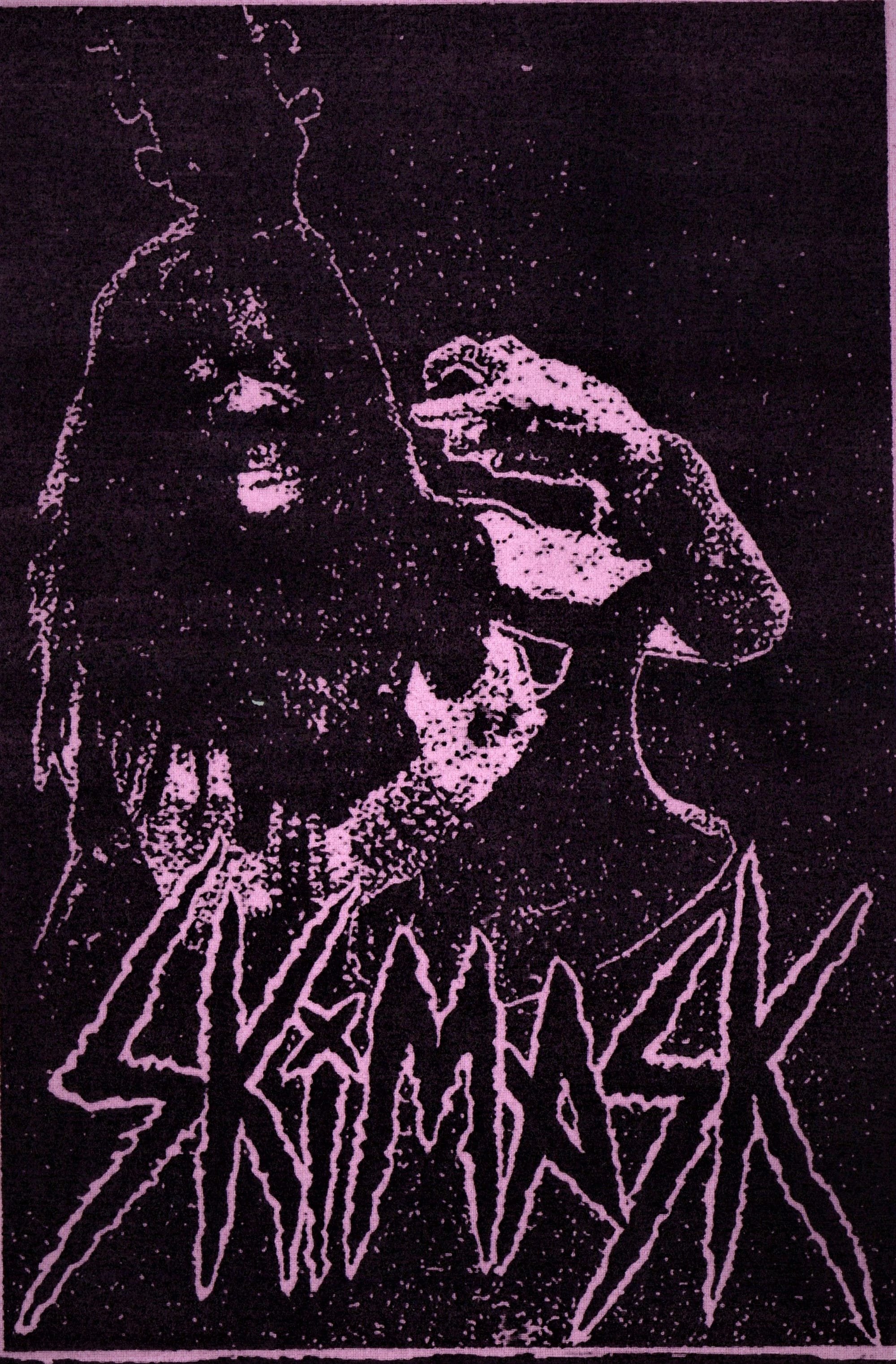 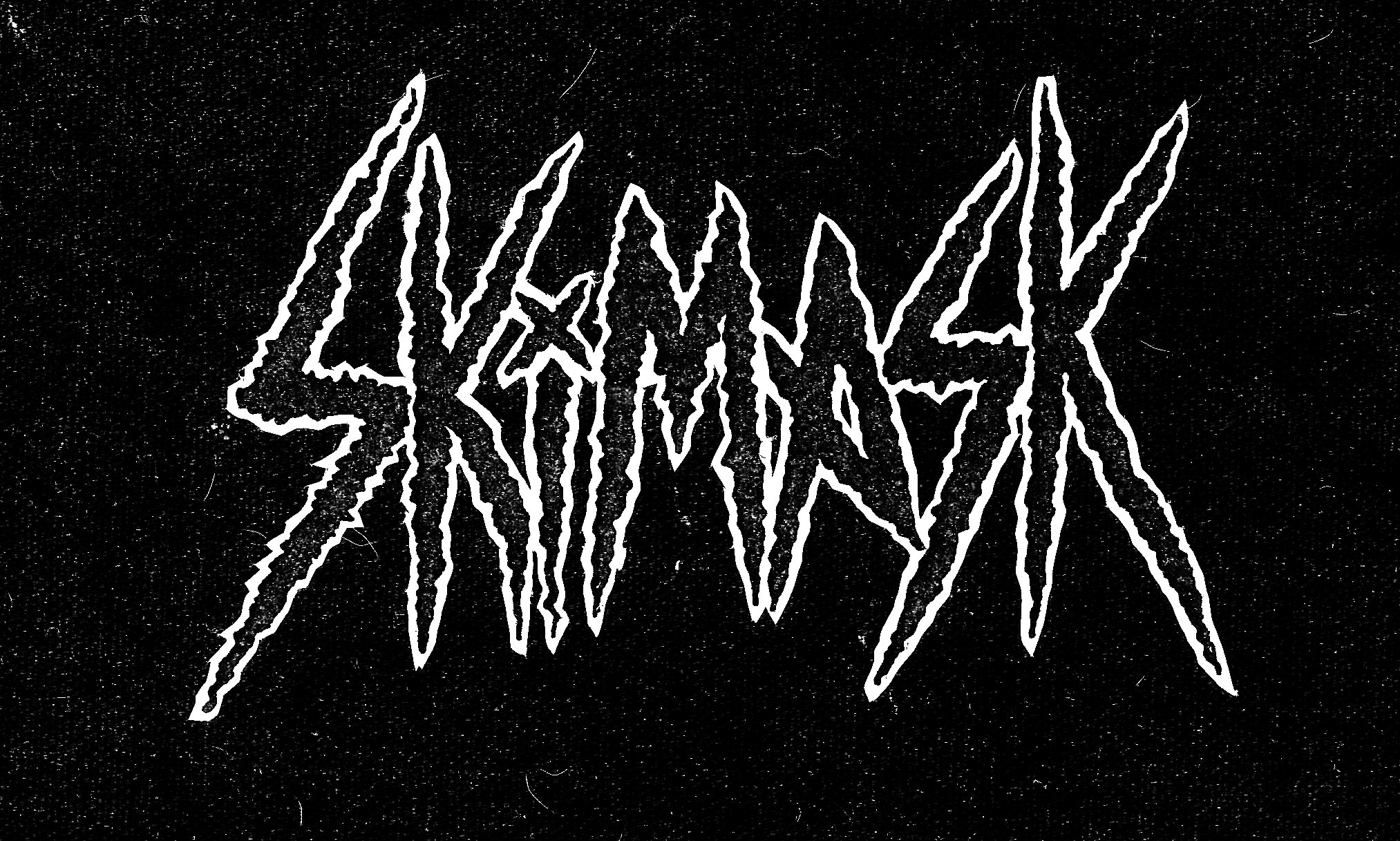 Welcome to the FILTHY DOGS OF METAL Webzine.
Tell us a few things about SKIMASK (Members, Starting Year etc).
I started Skimask sometime between 2016 and 2017 when I bought a drum kit and dusted off my shitty old guitar that I never learned to play. There was no Bathory or Hellhammer style bands in my area, so I decided to try to make one on my own. I'm just kind of seeing what happens as I go along. Skimask is one man so far.

You have recently released your EP ''Morbid Dream''. What is the feedback from your audience as well as from the press?
I have received mostly positive words from people. I didn't think anyone would even listen to it and here I am doing an interview. For me that's a success, especially since this is just a fun thing for me to do in my free time. Label or DIY and why?
Everything I do is DIY for this project so far, I don't have a choice. I like doing the layouts, artwork and cutting out labels and stuff like that. I wouldn't mind having released on smaller labels if the opportunity arose. There are alot of cool underground cassette labels that have that DIY spirit.

Do you prefer Vinyl, Tape, CD or Digital Format and why is that?
I like all physical formats the most. I have hundreds of CDs, Tapes and Vinyls, but I listen to lots of downloaded music on an old mp3 player when I'm out and about. I don't do Spotify at all, but I use YouTube sometimes to check stuff out. Something about streaming music just isn't as satisfying, but it's a useful tool to find bands or get your music out there.

Your music style is Black Metal. Which are your main influences (Favourite Artists / Bands etc.)
There are too many to list, but the idea of Skimask was to be like 1st wave 80's black metal like Sodom, Bathory, Celtic Frost, Sarcofago etc. Since I've started I've added alot of 2nd wave Black Metal influences like classic Darkthrone and also D-beat stuff like Anti-Cimex or Disclose. 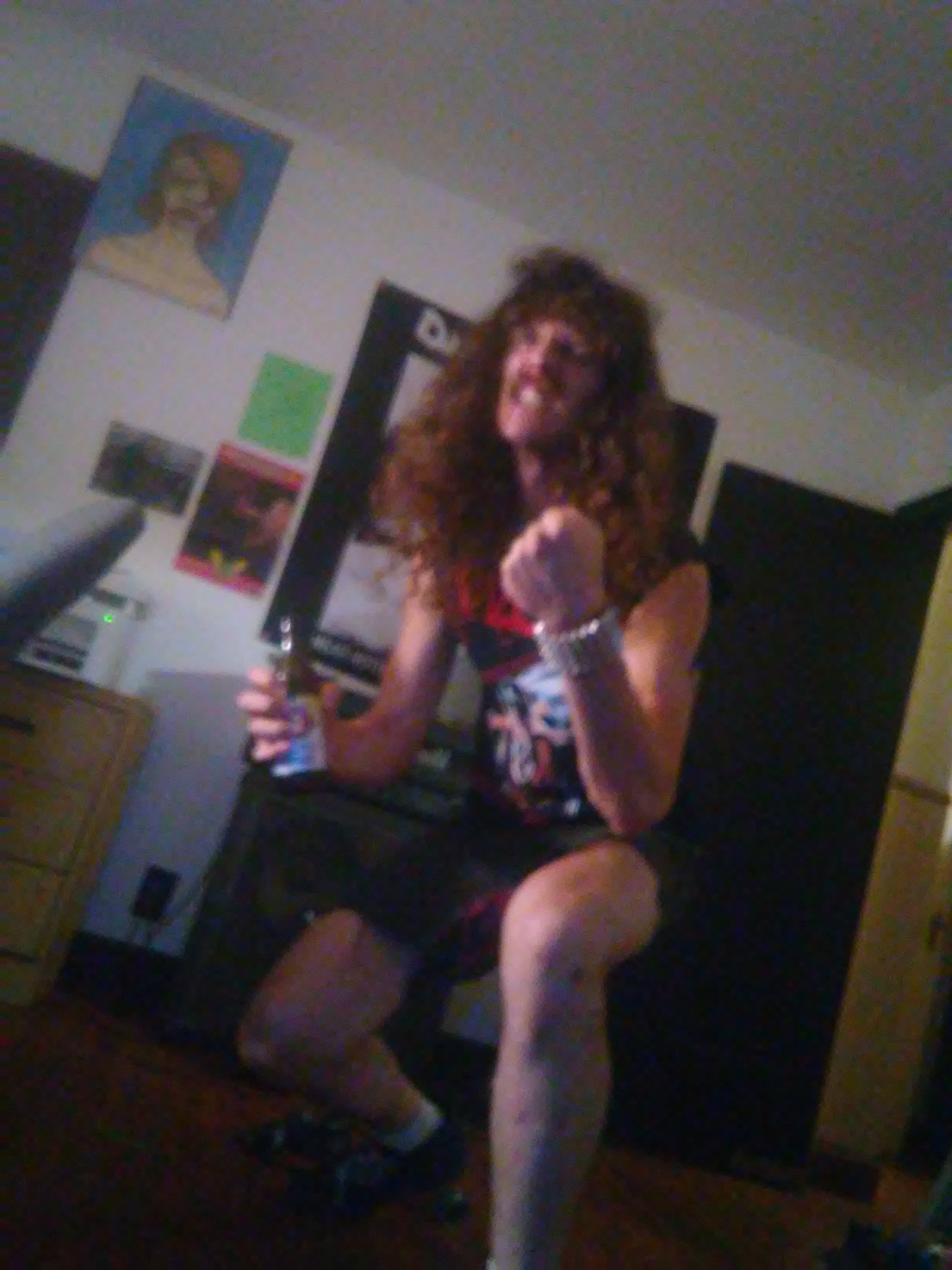 Which things, do you think, a Band should sacrifice in order to succeed? Have you ever sacrificed anything in your life for a better future of your Band?
I guess you gotta sacrifice alot of time and also alot of your social life if you are doing it all alone. It's not really much of a sacrifice cause I think it's fun and I have no big problem being alone away from people.

Describe your ideal live show as a performance Band. Have you already experienced that?
I got to play some Skimask songs live in Disthroned Agony, the metal punk band I play drums in. Just to have them played live at all was never expected for me, so I am very happy about that. Disthroned Agony fukking rules and it was a pleasure to play my songs live in that context. I can't ask for too much more, the other bands I got to play with that day too, another plus. 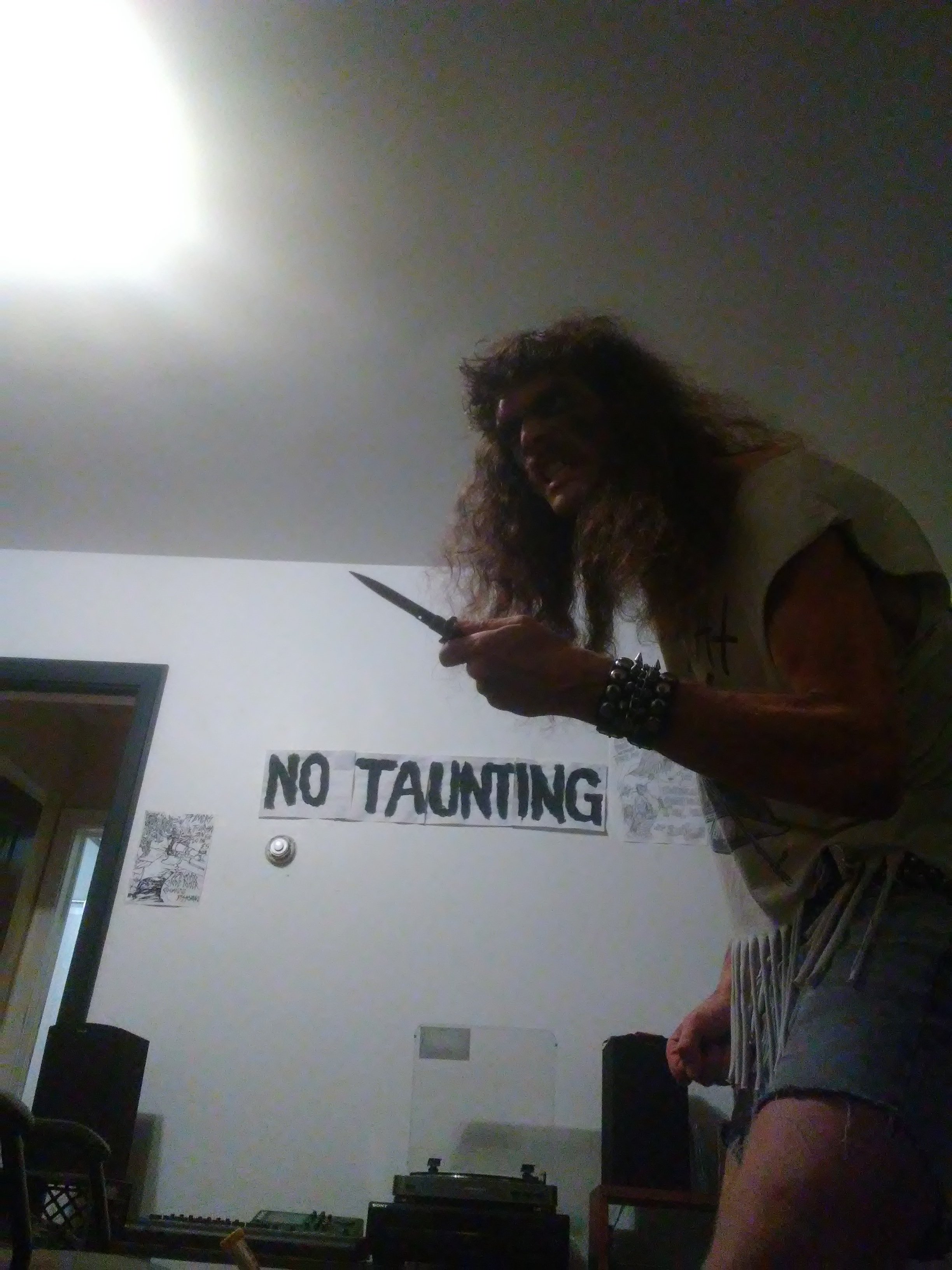 Which attributes, do you think, that a new Black Metal Band should have in order to gain identity and be unique?
Honestly trying to be unique kind of blows some of the time. I like the idea of a band being a copy of a copy of a copy of a copy… I kind of just like bands that play fast and sound cool. I guess just try to take the cool parts from bands you like and put it all together fast. Wear spikes n shit. If it ain't broke, don't fix it. There are weird "unique" bands I enjoy though, I listen to shit tons of different metal bands.

Do you believe that Digital Platforms help the new Black Metal Bands? Which, do you think, is the ideal way for a Band to promote its work?
I feel like Bandcamp is the easiest way to do stuff. There's alot of cool new stuff I've discovered on there. 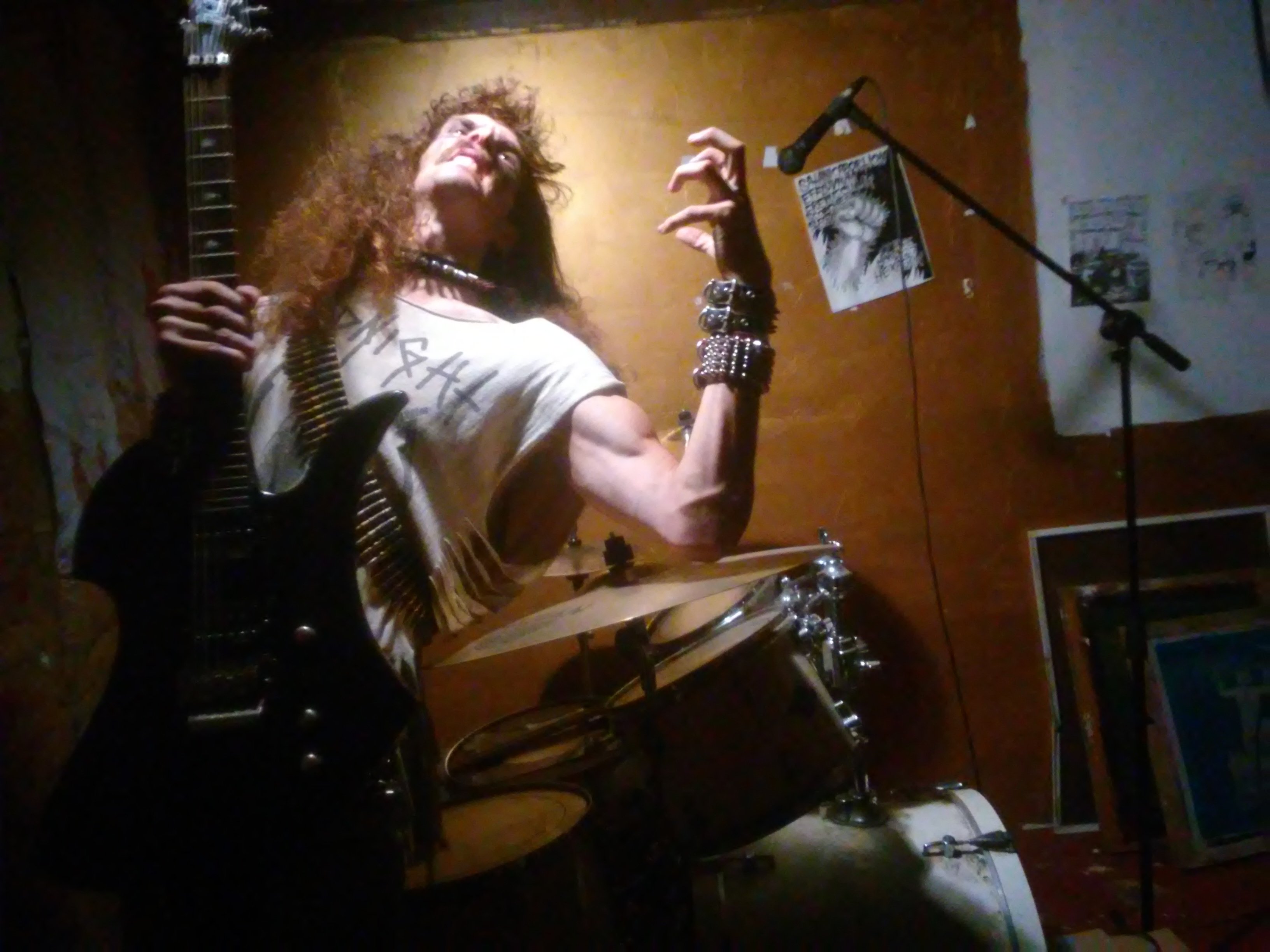 Tell us a few things about the New Underground Metal Scene in Minneapolis, Minnesota (Bands, Fanzines, Webzines, Metal Clubs etc.)
Minneapolis is more known for crust, D-beat and grindcore than heavy metal, I like that stuff though. The scene has gotten a bit stale but there are still some cool bands. We have lots of great record stores too. I was frustrated by not really having any favorite metal bands around here and I don't like most of the black metal bands, so I decided to try to make one myself, although it's done in a punk kind of way. Everyone likes to complain about where they're from though. A few good Minneapolis bands are Deterioration, Chodie Foster, Hellish View, Roman Master, Disthroned Agony, Detractors, Svisselsant, Dead Grandma, Zero and Infuriate. Those are just a few that come to mind.

Do you know anything about the Hellenic Metal Scene?
I don't know tons of Greek bands, but I was just listening to Rotting Christ today, I love the first few of their albums. I definitely like them and Varathron just like everyone else probably says. The classic Greek sound is cool and I should probably explore more of it. What are your future plans?
I'm going to release more and more music and hopefully the next release will be better than the last as time goes on.

Thank you very much for your time & Keep up the good work! The closure is yours.
Thank you so much for the interview! If I can do this shit, anyone can. Just play faster than you know how to and try to be a band that you want to hear yourself. It's like giving yourself a gift, it's so sick. 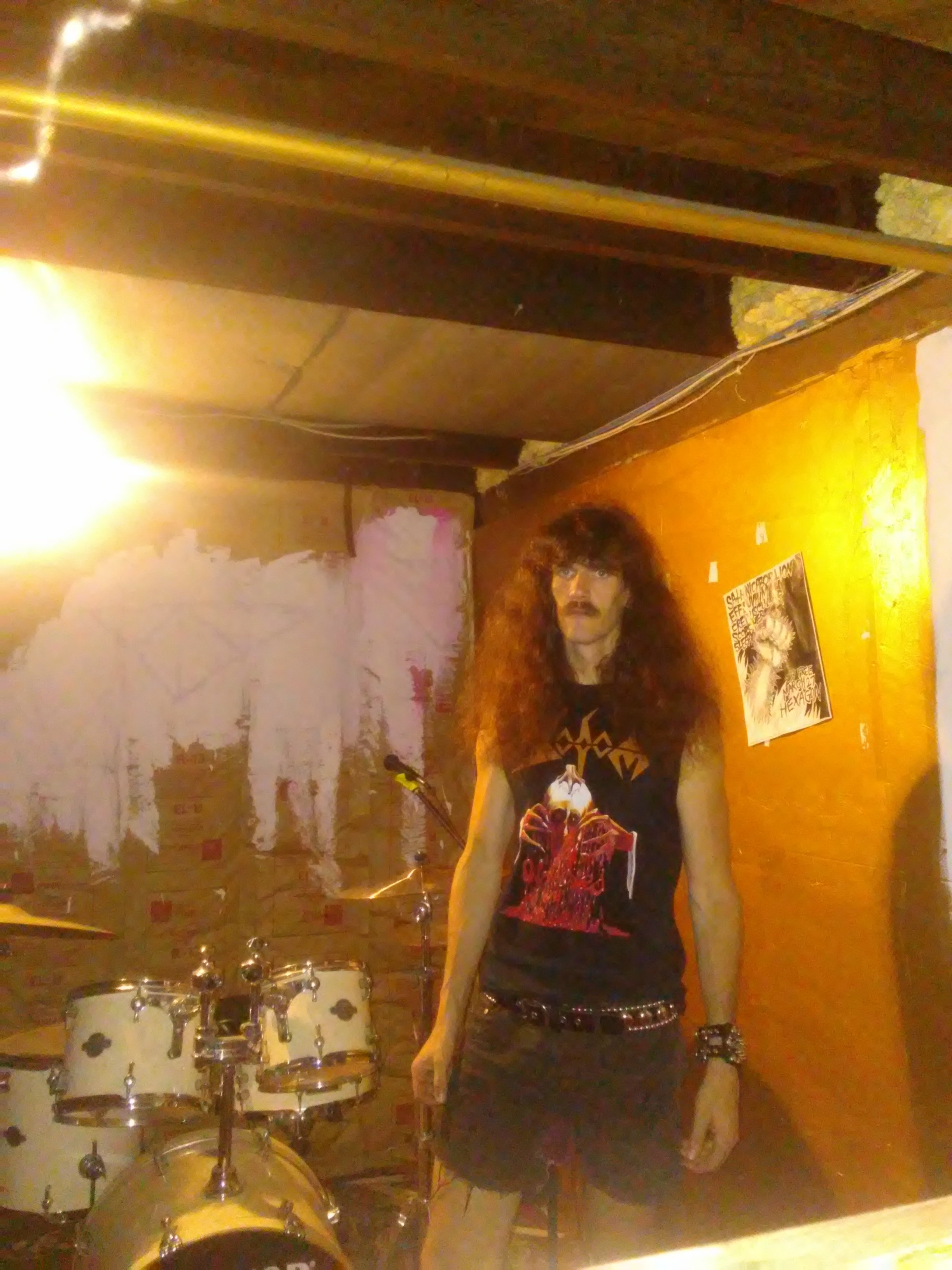