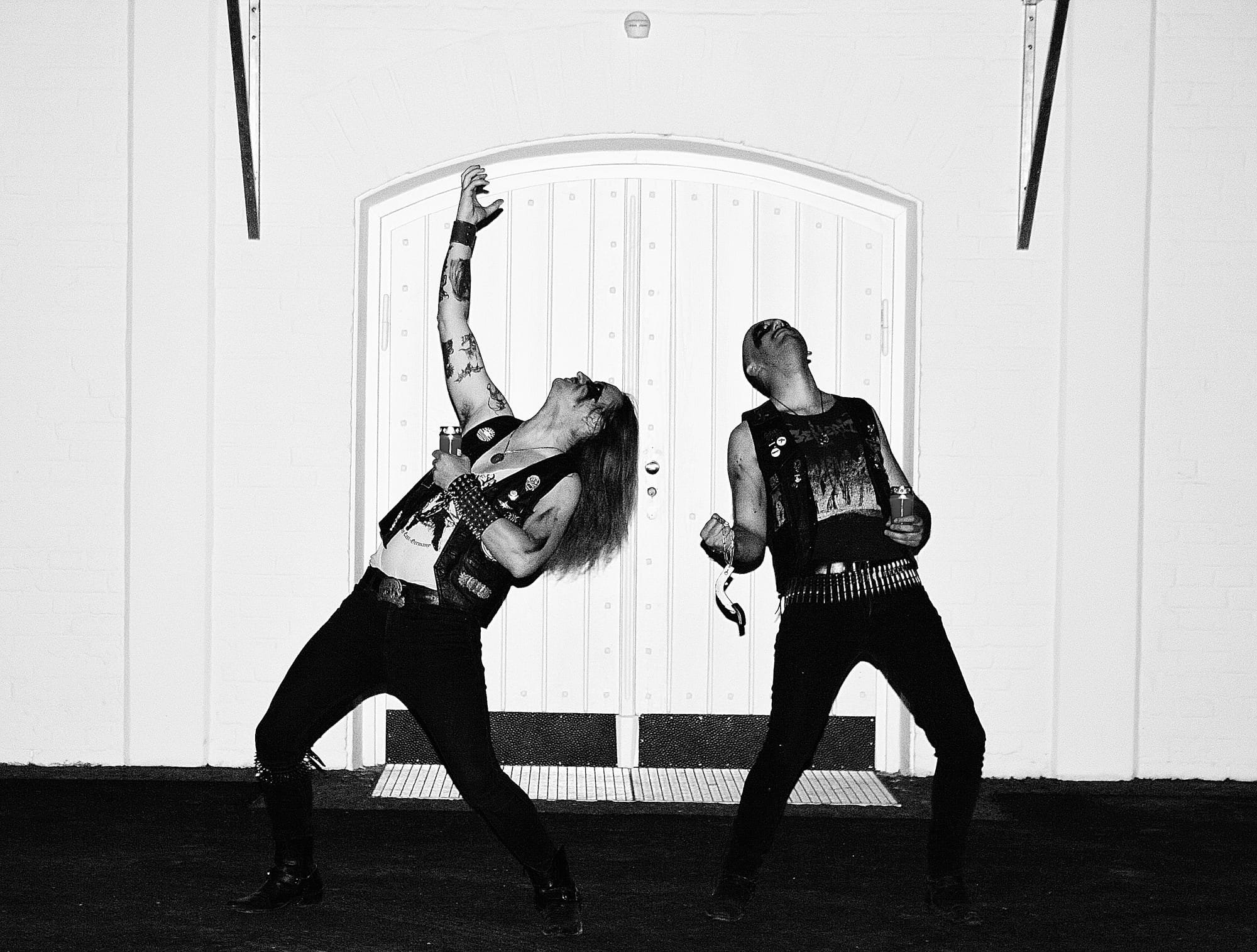 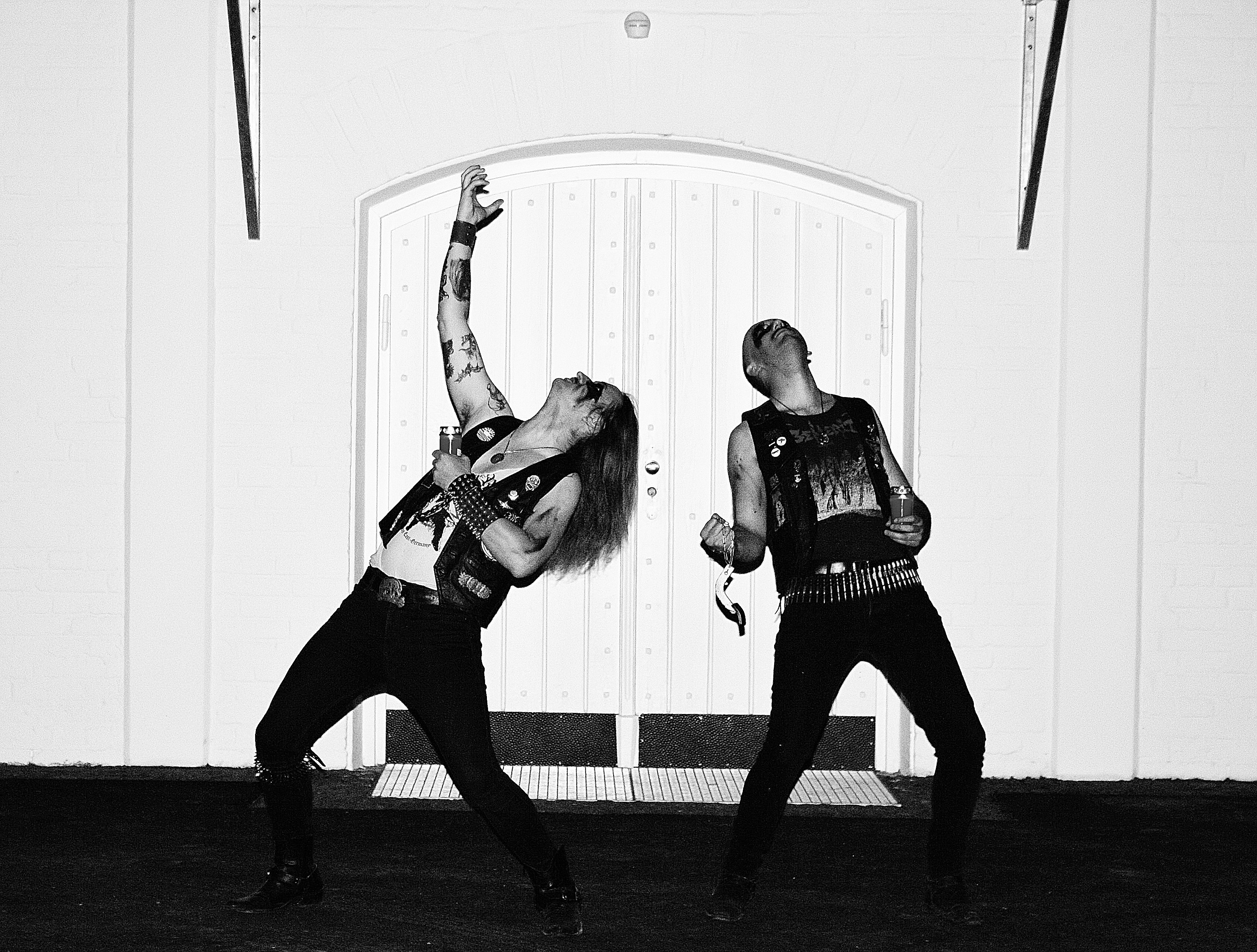 Welcome to the FILTHY DOGS OF METAL Webzine.
Tell us a few things about SADISTIC GOATMESSIAH (Members, Starting Year etc).
I started this projekt back in 2012 with Holocaust Wargod of Blood and Iron. We both haven't played an instrument in a Band before but were listening together to a lot of Black/Thrash/Death Metal Bands like Desaster, Gospel of the Horns, Midnight, Bathory and Sadistik Exekution. So i wrote a Song called "Hail the Goat". The first time i wrote a Song on guitar, the first time he played Bass and we asked the drummer of my first local Death Metal Band (were i did Vocals) to record Drums. After that i played in other Bands and started to write more music all by myself, I knew that Holocaust Wargod couldn't keep up with me. I met Goat Primator in 2015 at a Festival and asked him in 2017 if he would like to joy me on Drums, because we share the same passion for aggressive and fast Metal. So we recorded a 6 Song Demo in early 2019, copied Promo Tapes with 3 of the Songs and send them out to some underground Labels. In 2020 we asked Scalare to do a Split on which we did a Manowar Cover and were asked to do a Split with Sadoghoul on which we covered Beherit. In 2021 Goatess of Fire joined us on Bass and now we started playing Liveshows as a threepeace.

In 2019 you have released your demo ''Witchcraft, Intercourse and Blasphemy''. What was the feedback from your audience as well as from the press?
It was released by Weedhunter Prod. after listening to our Promo Tape. We were really glad that someone was interested in our Music. There were not much Press but maybe 1 or 2 reviews that were quiet positive. I think we spreaded it more over friends who liked it and trading Tapes. 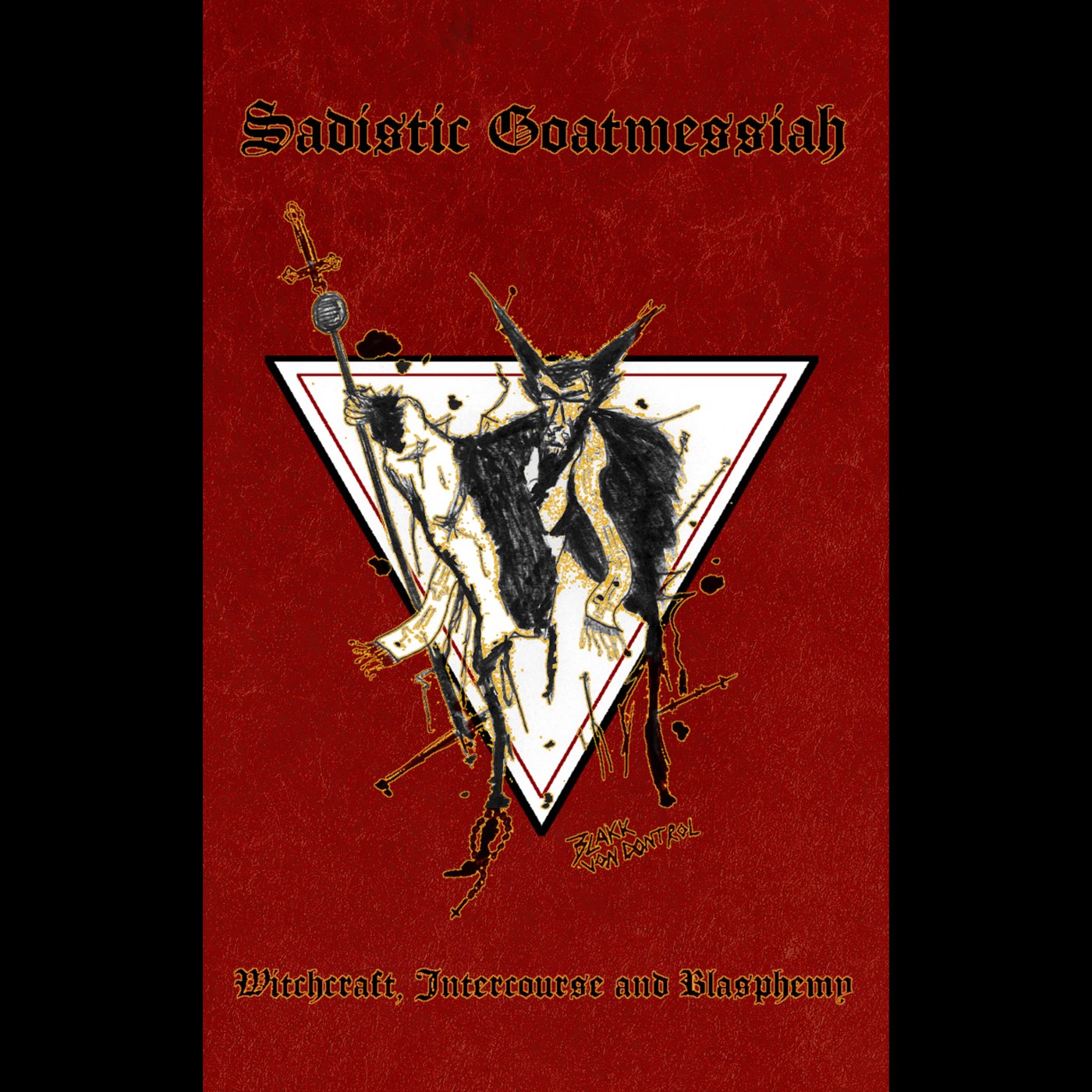 Label or DIY and why?
A mix of both. We always doing our stuff DIY. Recording, Mixing, Artworks, Tape trading and stuff. If an Underground Label likes it and want to release and spread it, that's always great!

Do you prefer Vinyl, Tape, CD or Digital Format and why is that?
I'm not much into Digital Formats and streaming. I prefer Vinyl and Tapes. The Oldschool Shit! Some sort of Music i buy on CD or if I can't find an affordable Vinyl/Tape. 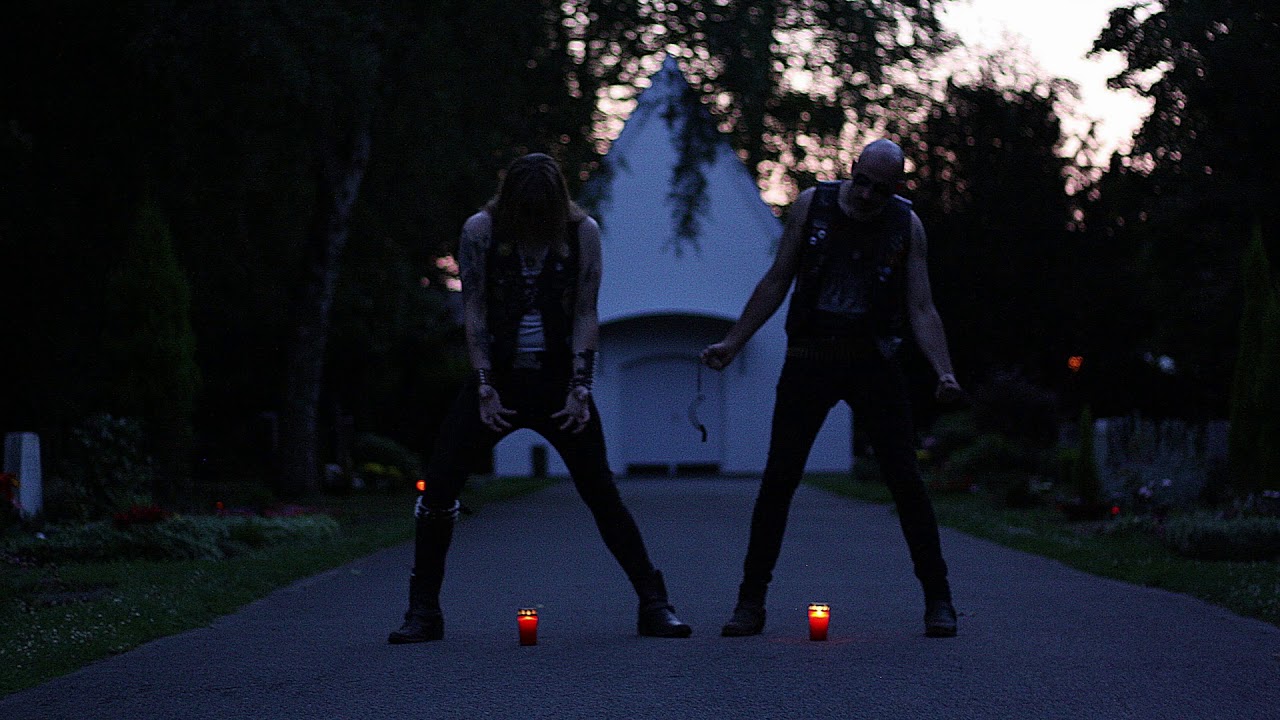 Describe your ideal live show as a performance Band. Have you already experienced that?
The first show with Goatess of Fire was very intense! Headbanging, fist raising, beer drinking and bumping into Maniacs that just were high on energy from start to end! 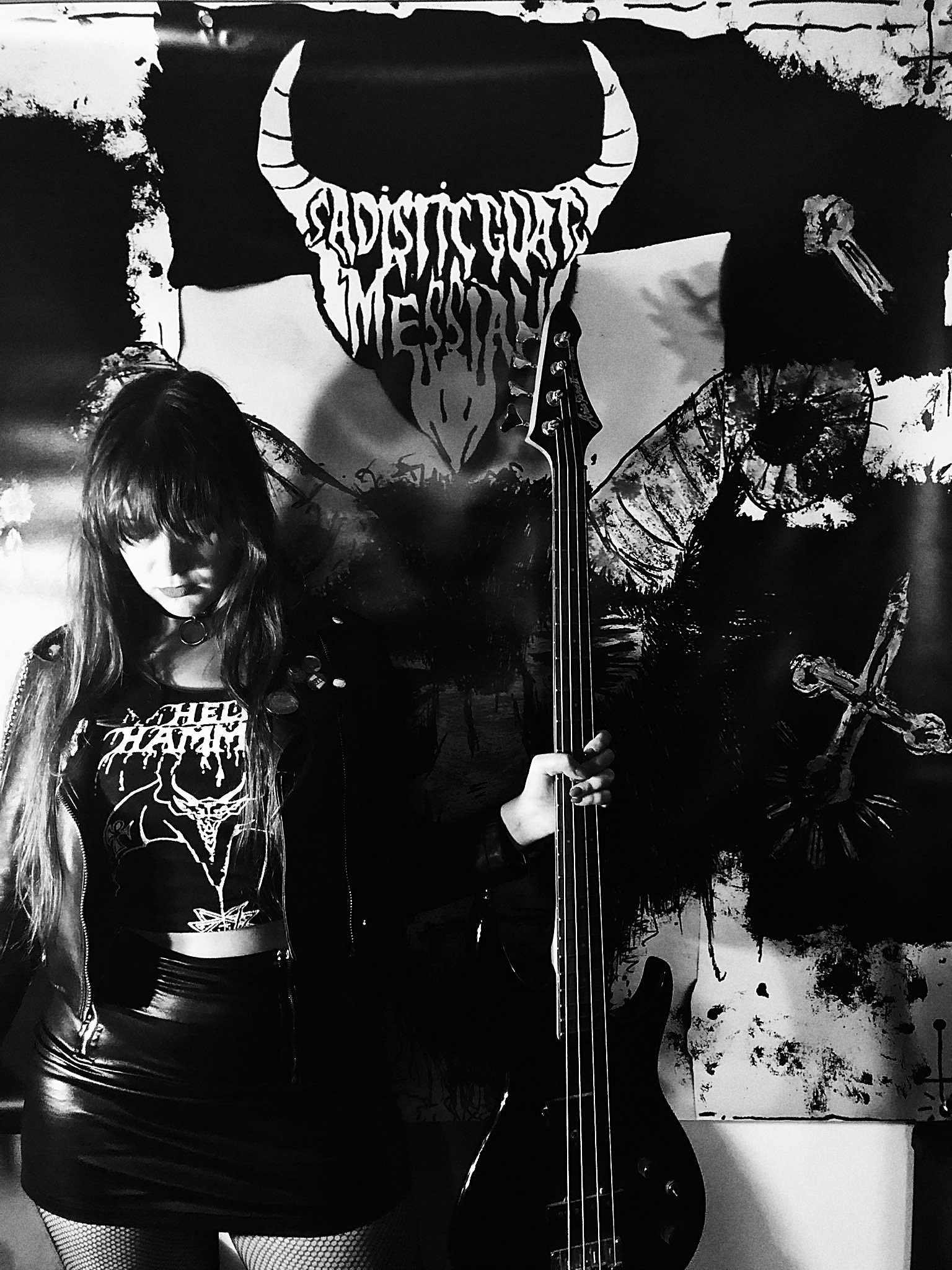 Which attributes, do you think, that a new Black/Thrash Metal Band should have in order to gain identity and be unique?
Violence!

Do you believe that Digital Platforms help the new Black/Thrash Metal Bands? Which, do you think, is the ideal way for a Band to promote its work?
I'm not really into those things. I know a lot of people use Bandcamp and find new Bands on there, so i put one site for us up. It helps small bands, so it's fine.

Tell us a few things about the New Underground Metal Scene in Germany (Bands, Fanzines, Webzines, Metal Clubs etc.)
There is a lot going on here in different parts of Germany. In East Germany you find a lot of great Black/Death Metal Bands. Especially around Into Endless Chaos Records. Or Dying Victims Prod. releasing cool stuff like Karloff, Hexenbrett, Blackevil, Indian Nightmare, Midnight Prey and the new Nocturnal Record! You can find a huge variety of different Bands and Metal Genres here in the Underground. There are a lot of small Labels, venues and Maniacs who keeps the spirit alive!

Do you know anything about the Hellenic Metal Scene?
I've never been to Greece. But friends told me about very cool Oldschool Festivals. And I was at a lot of Nifelheim Gigs around Europe and there always was one Greek Maniac with a vest full of Nifelheim Patches in the frontrow.

What are your future plans?
Playing more Gigs to raise Hell! Early 2022 we will release a Split 7" with our brothers of Maligno! Getting wasted, writing Songs, fuck shit up and release our next assaults of Reaper Metal!

Thank you very much for your time & Keep up the good work! The closure is yours.
Hail Satan! Fuck Nazis! 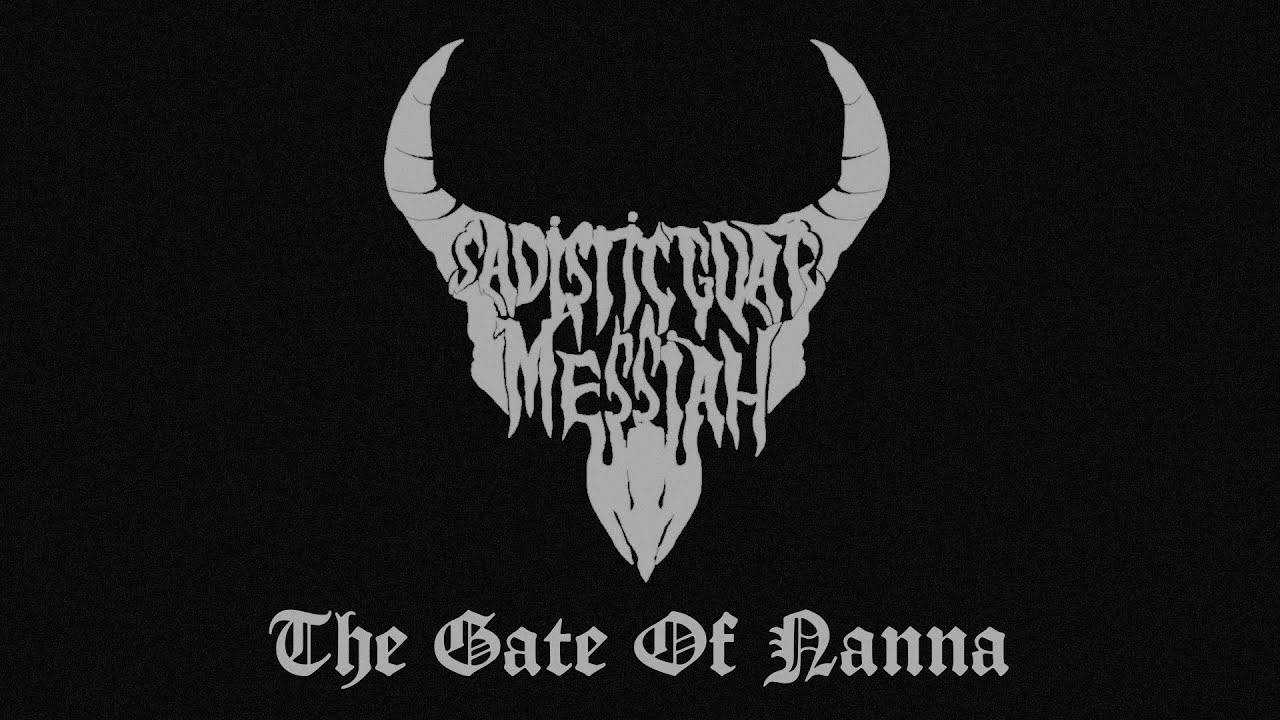