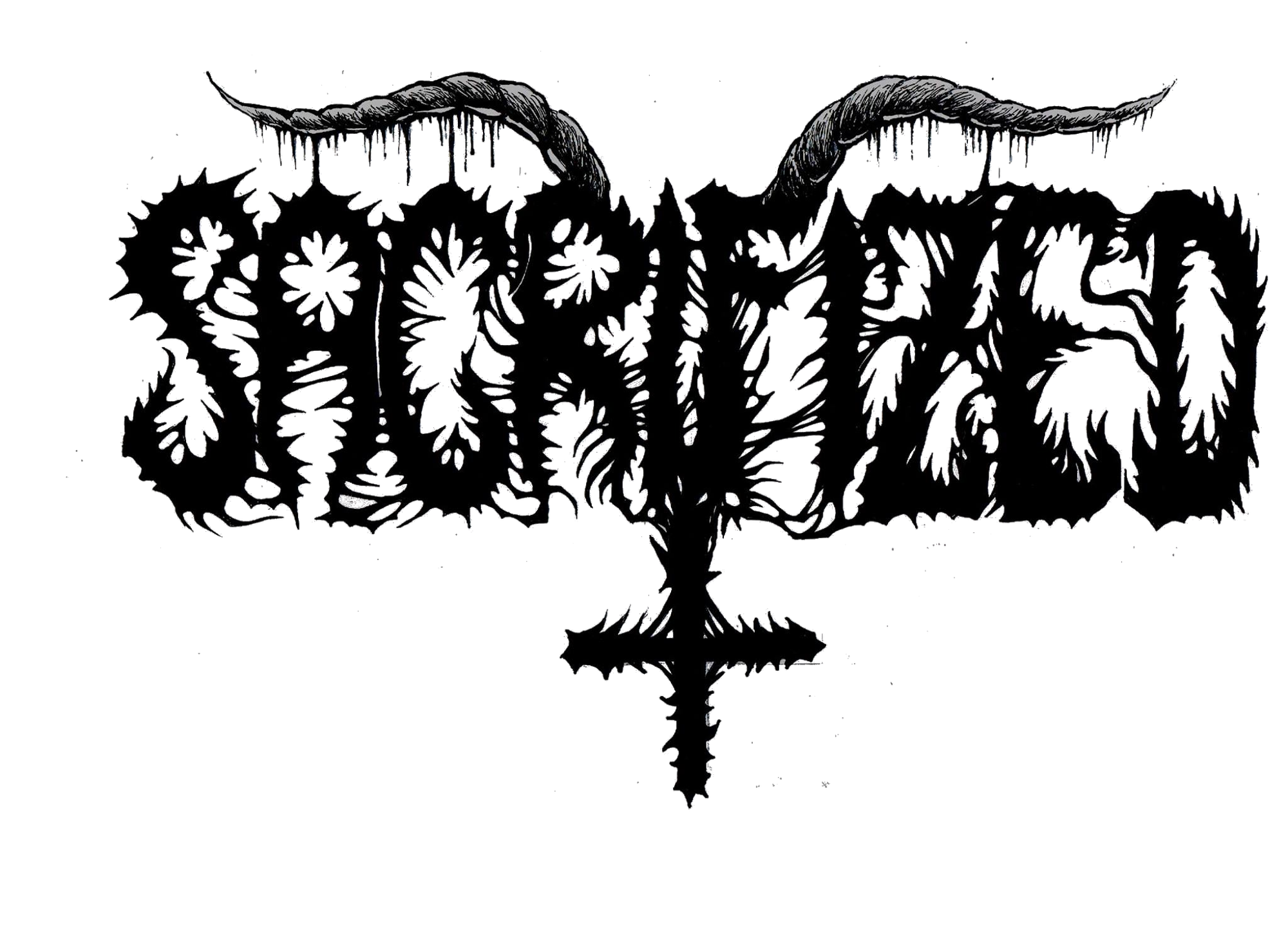 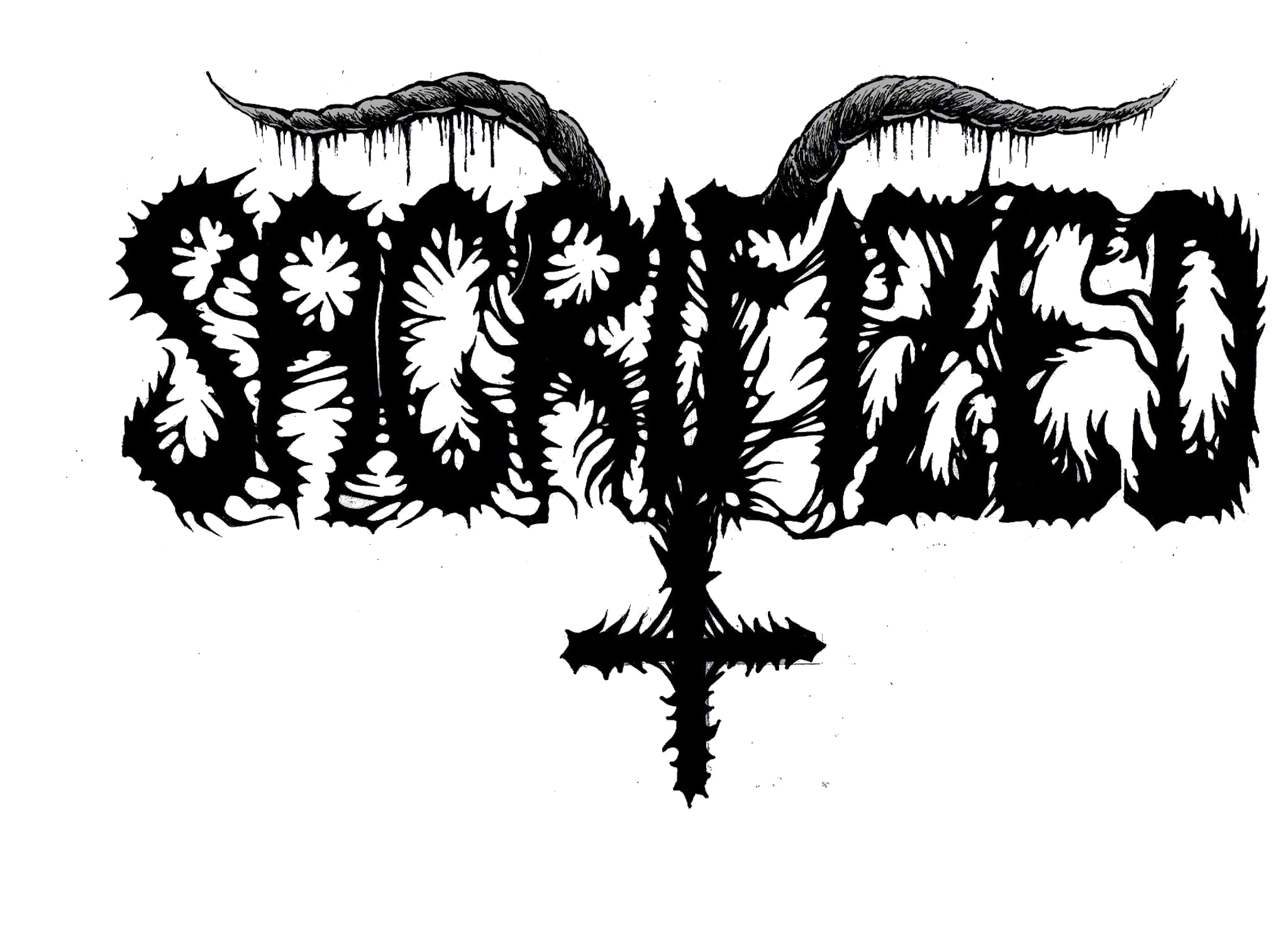 We had a conversation with JG (Guitars, Vocals) & TS (Drums, Backings).

In 2019 you have released your album ''Russian Blasphemies''. What was the Feedback from your audience as well as from the Press?
T: I'd say the overall feedback was pretty nice. To give you some background, the basic idea behind this live EP was, that we wanted to shorten the spare time to our album. We decided to release it as we noticed, that everything is going to take longer than expected. So we made this tape version limited to 25 all by ourselves and it sold out really fast, We absolutely didn't expect that but after two shows it was sold out and from time to time, we're still getting pictures of people listening to the tape, so I'd consider this positive feedback. The press … I can't remember anything being written about it, but to be honest I don't care that much about reviews. I simply don't like the understanding of reviews these days. People write their opinion on records and publish them as an objective fact, the status quo. So if someone doesn't like black metal, he will write a bad review about every black metal album, no matter how good it objectively is and a lot of reviews I'm reading are doing exactly this. I'd wish reviews not to be opinions, but to be a detailed description of what to expect. There's no need to judge if the dirty sound is shitty. Just let your readers know, that the sound is dirty, they can judge by themselves. Just don't steal peoples curiosity by biasing them. So, to come to an end: I think we didn't even send out stuff to be reviewed, and we won't in the future. If you like to say something about our album, get it yourself and do so. But do not expect us give you all our stuff just so you can publish your holy opinion. 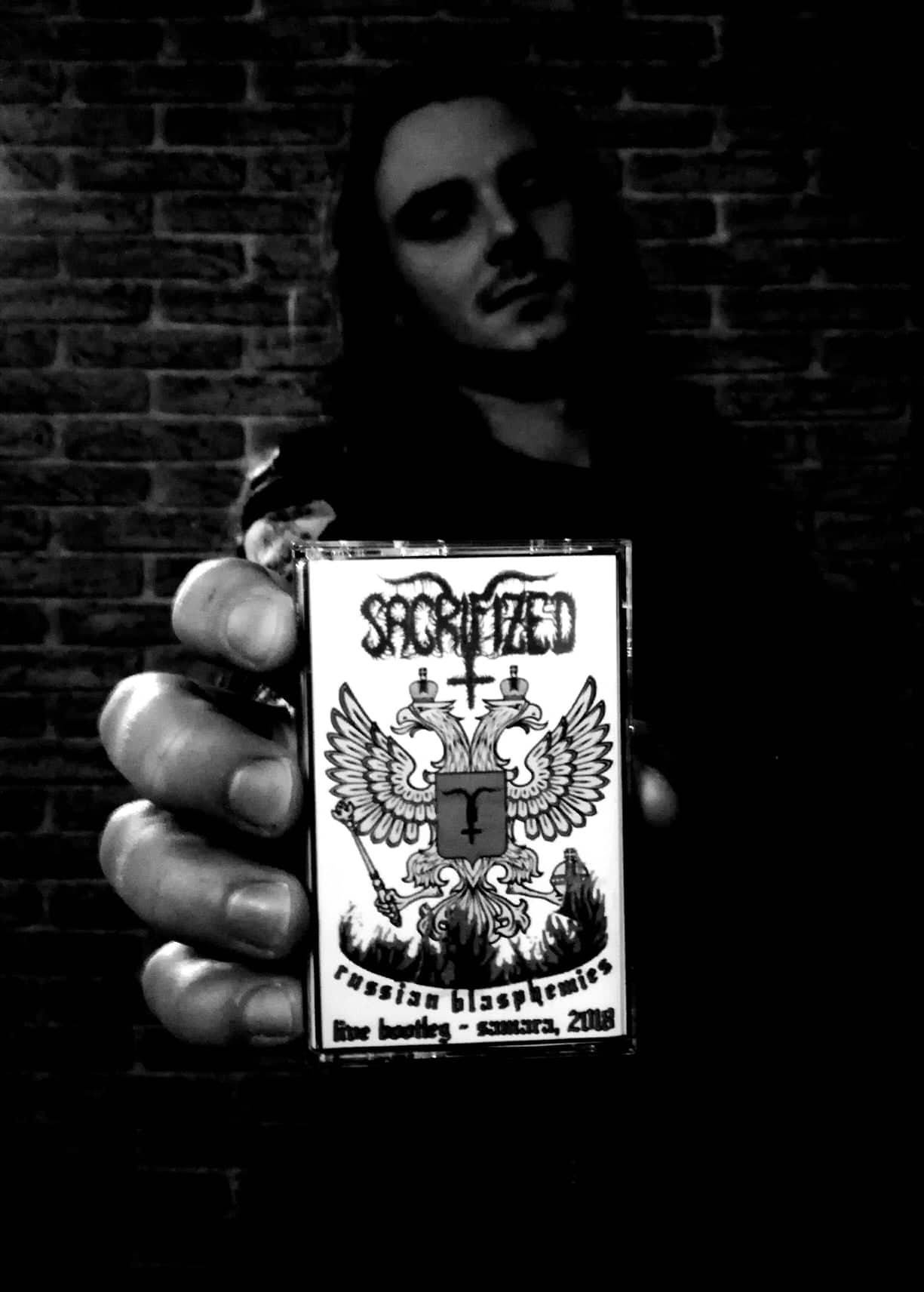 Label or DIY and why?
T: So, I'd say we're in the absolute privileged position to have or be both. In the past everything was 100% DIY and besides some annoying stuff you have to deal with I'd always stay with DIY. I just like the idea, that everything is as close to us, as human-beings, as possible. I don't want a barrier between music, musicians and listeners and I will do everything to break it down. Also I want us to be 100% free in all our decisions and choices. However, with our upcoming album ''Arrival of the Tyrants'' we worked together with Unholy Fire Records. We did this, because Mike from UFR gave us all the space we needed. The ''only'' thing he made for us was coordinating everything with the press shop and the online sales. Also he does a lot of promo for us in an area, we simply wouldn't reach. We're really thankful for Mikes work and the freedom he gave us. Also I'm very proud of the people we worked together with to make this possible. Each and everyone was very ambitious and had no problem of us being involved in every step of the process, even though I think we can be pretty perfectionist and annoying sometimes (laughing). But it was really fun to work with all of them and most of them even became friends of ours. So if you see our videos, artworks or like the sound of our music, there's people behind this, that you should check out! 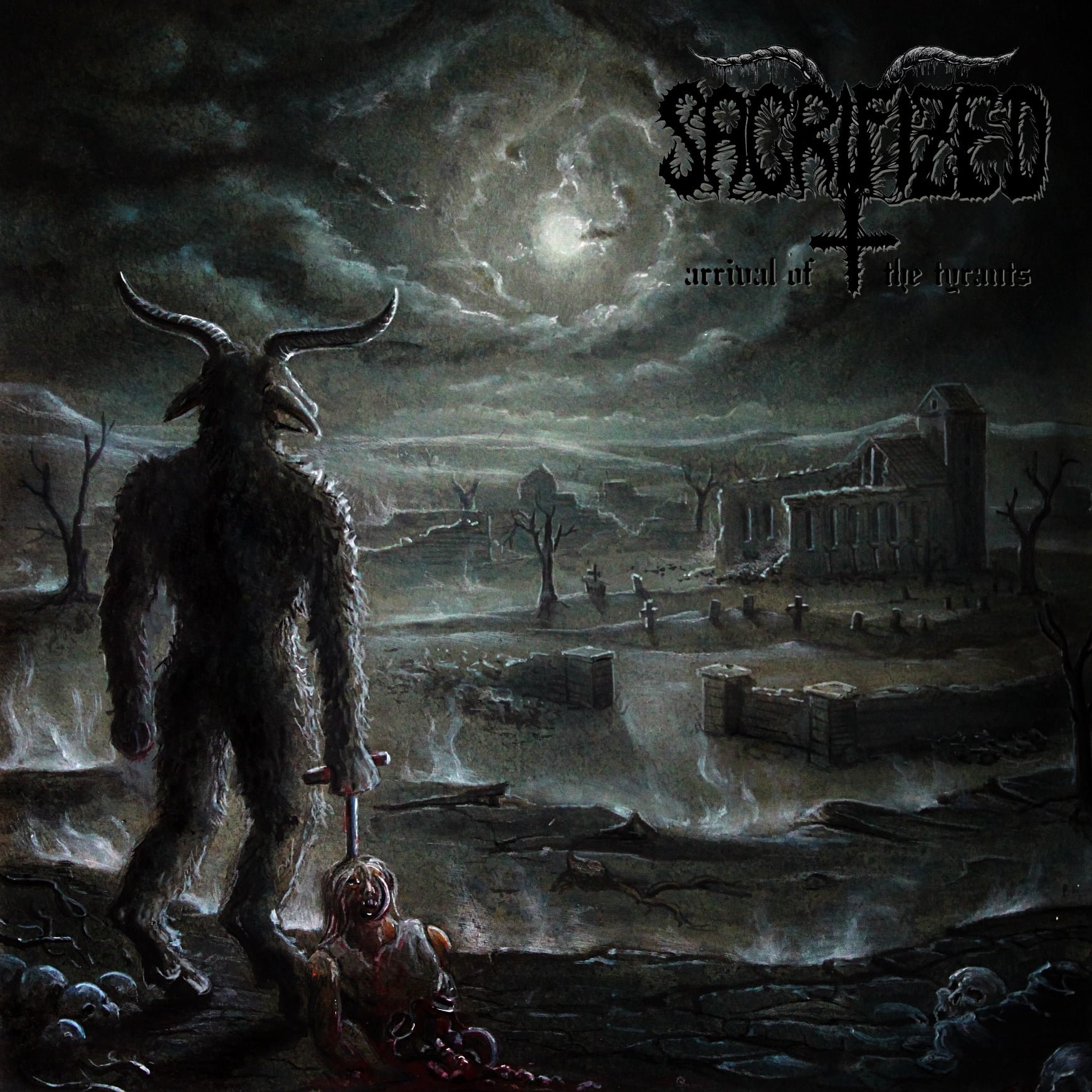 Do you prefer Vinyl, Tape, CD or Digital Format and why is that?
T: I'm a total vinyl fanatic, so there's no other way for me but to go with vinyl. It's the ritual-like process of looking through my collection, to find the perfect record to my current mood, releasing the vinyl from it's sleeve just to give it my full attention while it's spinning. Also I love it to have the cover in full size in front of me, in a best case scenario the lyrics or some background or photos, stuff like that is also included. I think many bands put lot of love in designing vinyl, and that's something I love and really appreciate. I also put a lot of work and love into the CD and Tape-Versions of our upcoming album, hopefully there will be vinyl later on. It somehow would be a dream coming true.

Your music style is Black/Thrash Metal. Which are your main influences (Favourite Artists / Bands etc.)
T: I, myself try to be as open minded as possible. I don't want to limit myself to certain genres or influences, I just try to see something in every kind and style of art and of course especially music. But still, there are bands After our former guitarist left the band, we had some pretty intense talks about the future of Sacrifized. During these talks, which were always combined by jam sessions, we discovered, that we have tons of ideas and emotions in us, that can't be covered by black/thrash metal. So we decided to not limit ourselves anymore by genre labels. With ''Arrival of the Tyrants'' we're about to release a pure, but still diverse Black/Thrash Record. This is our debut album, but for us this record feels more like the closing of a chapter. The end of Sacrifized as a three-piece and maybe the end of Sacrifized as a clear, pure black/thrash band. Who knows what the future will bring and how people label our new songs. In the end you can call them however you want because I think a genre is nothing other, than a hollow description of music, that everyone defines for him- or herself. 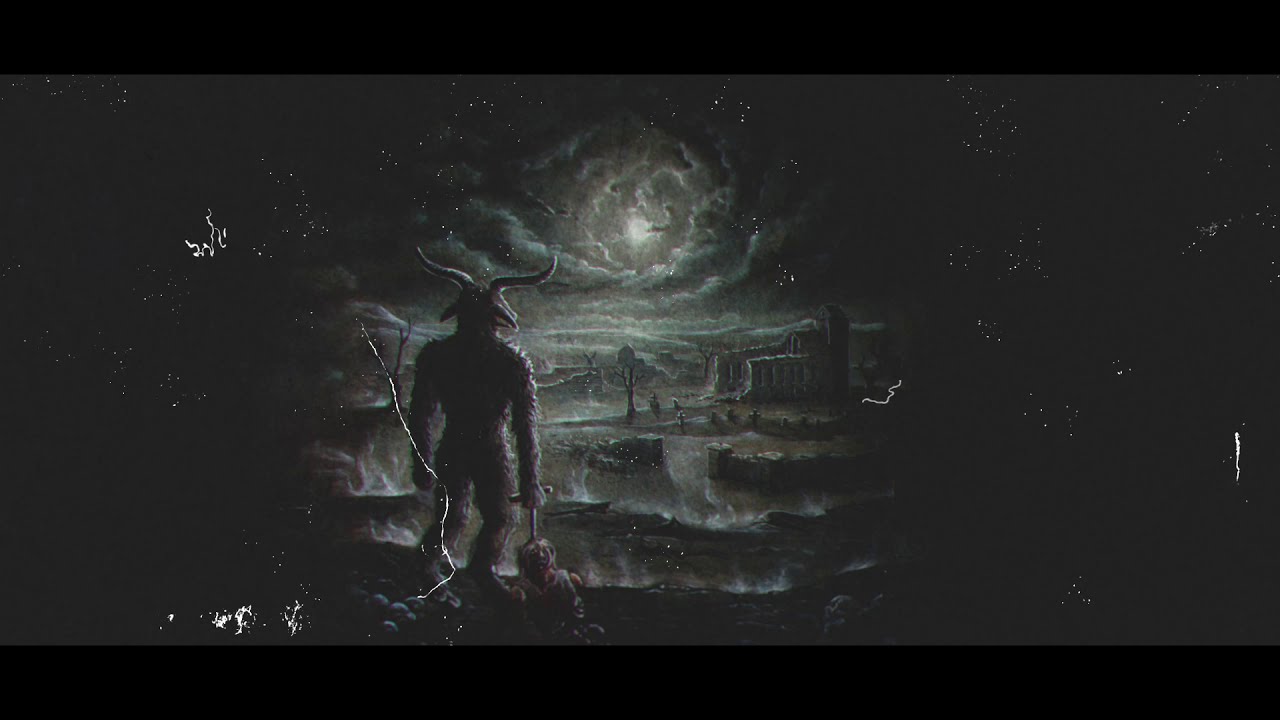 Which things, do you think, a Band should sacrifice in order to succeed?
Have you ever sacrificed anything in your life for a better future of your Band?
T: I think you shouldn't sacrifice anything. If you feel like you're sacrificing something, you should second guess if you're doing it for the right reason. If so, it shouldn't feel like a sacrifice. You shouldn't see your band as something superior to you as an individual, you are your band! And your band should be you! And if you're doing this, wholeheartedly, nothing ever feels like a sacrifice. Therefore I'd say, that I never sacrificed something for the band.

Describe your ideal live show as a performance Band. Have you already experienced that?
J: Of Course, it's a much better feeling on Stage, when a big crowd is showing up. But to me, there is nothing like an ideal live show. Every show is special in it's own way. we care much more about well organized live shows.

Which attributes, do you think, that a new Black/Thrash Metal Band should have in order to gain identity and be unique?
J: Never start writing music for other people, just because they want to hear it. there is nothing more authentic, than writing music that touches yourself. Of course, it's a cool thing, when a band is doing music the same way like they're doing in the past 30 Years. But if you want to try new things and explore yourself, go for it. 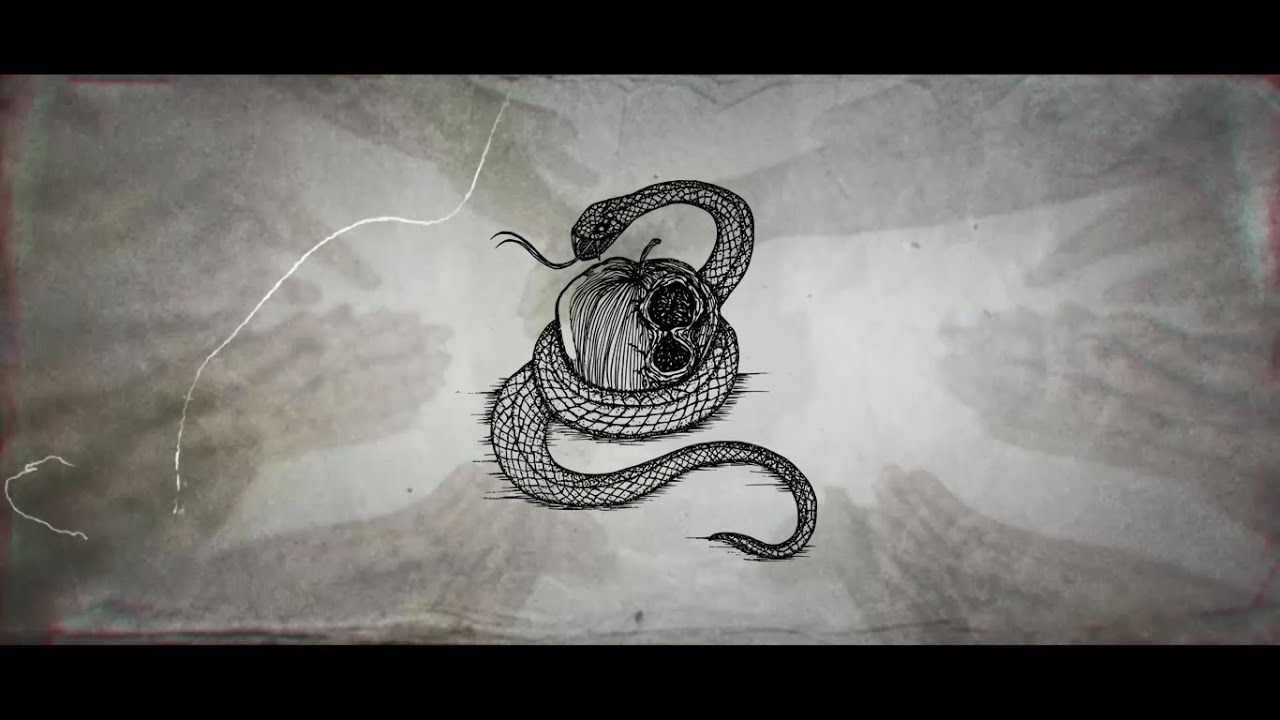 Do you believe that Bandcamp and other Digital Platforms help the new Black/Thrash Metal Bands? Which, do you think, is the ideal way for a Band to promote its work?
J: Of course, Social Media is the best opportunity for gaining reach today. Most of our booking stuff is done by Social Media. Without it, we couldn't play concerts at all. Nowadays, you need to get in Contact with people from all over the globe. Social Media is the best way to do it. Tell us a few things about the New Underground Metal Scene in Germany (Bands, Fanzines, Webzines, Metal Clubs etc.)
J: Well, there is a big Underground scene in Germany. I think every bigger town got its own Metal Club / Pub , whatever. So there is a lot of exchange, people know each other all over the country. Germany is a Country with a lot of underground festivals , mostly organized by fans themselves. So you got the chance to see some rare Live Performances of bands, you haven't seen in a while. We don't know much about Fanzines and Webzines.

Do you know anything about the Hellenic Metal Scene?
J: No, But it would be a pleasure to visit Greece for some Gigs. So we could make our own mind!

What are your future plans?
J: In the future, we are heading our way as a Duo. That means, were spending a lot of time in rehearsals and focusing on each other. I think we're going to publish an EP as a Two-Piece in the future. That's all I can say at the moment. 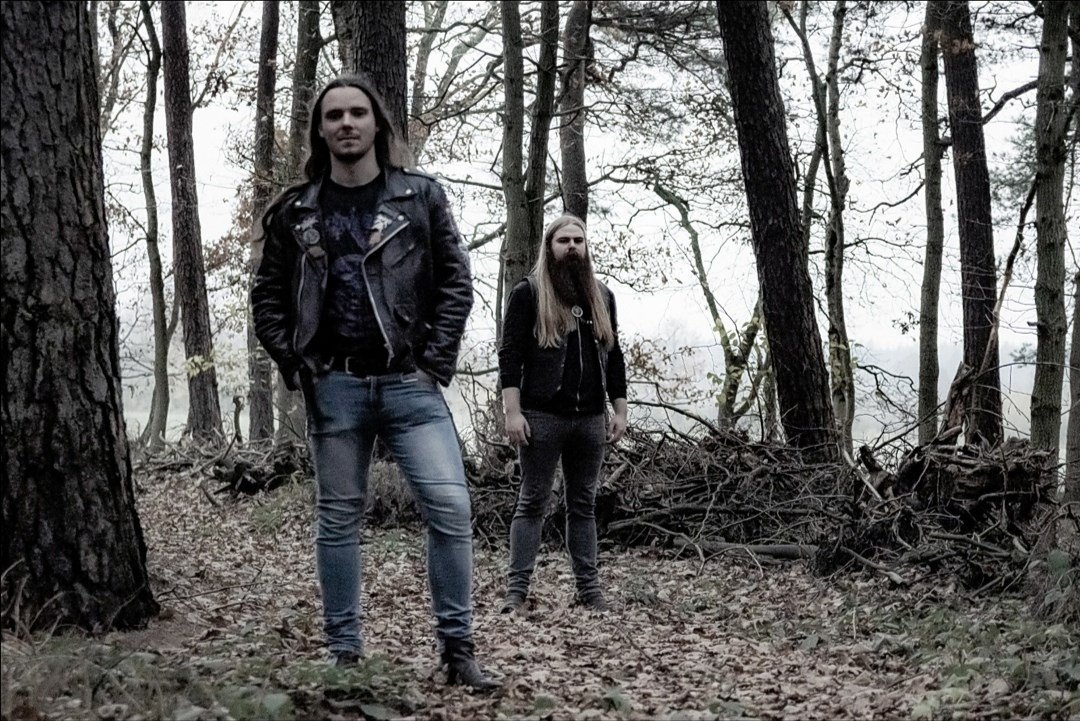 Thank you very much for your time & Keep up the good work! The closure is yours.
J: First of all, thanks for asking. It was a pleasure! To all people who are reading this : Thanks for your time and to all Sacrifized-Maniacs : We're coming back on Stage! Prepare for a new chapter of Sacrifized !