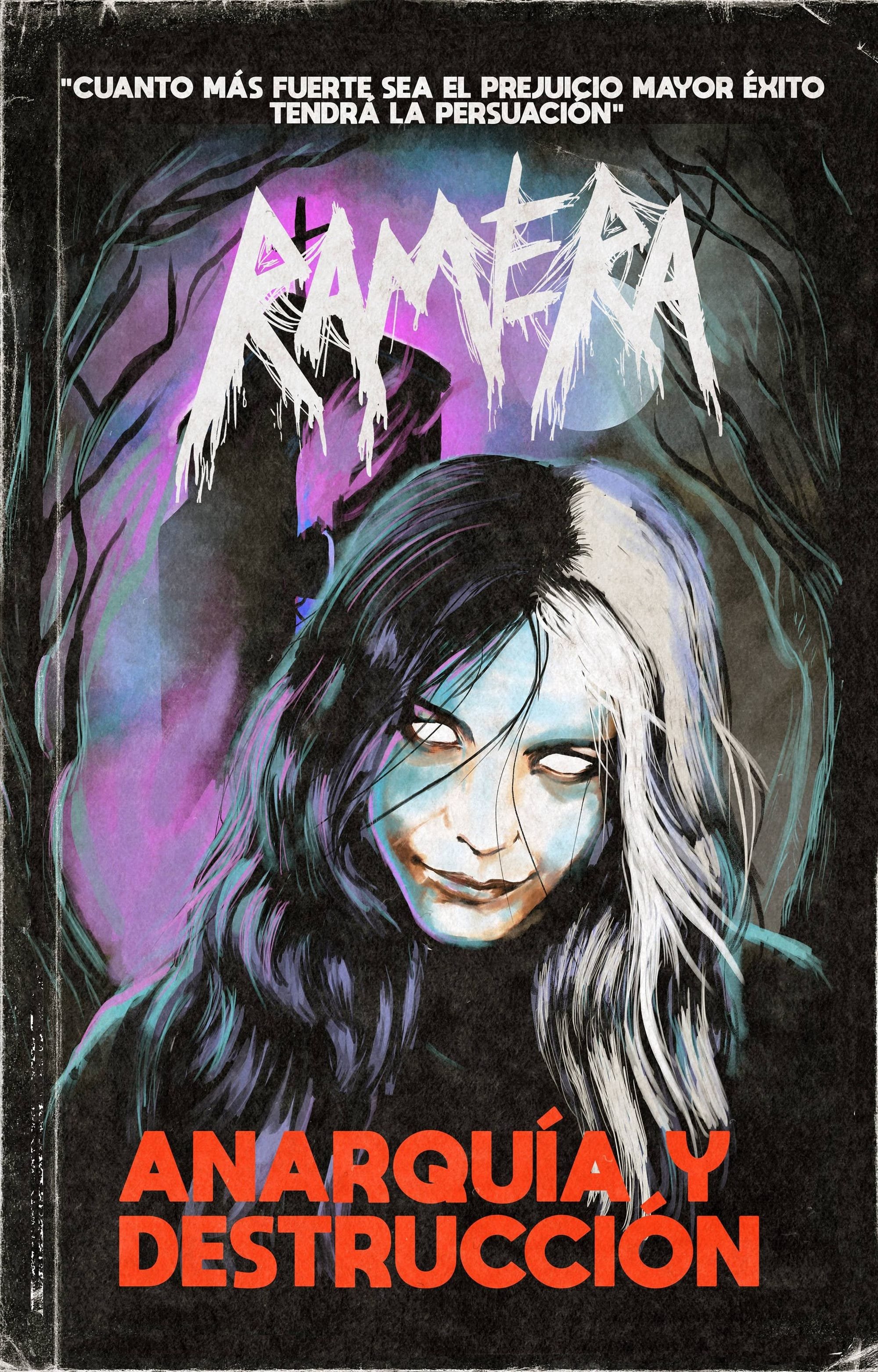 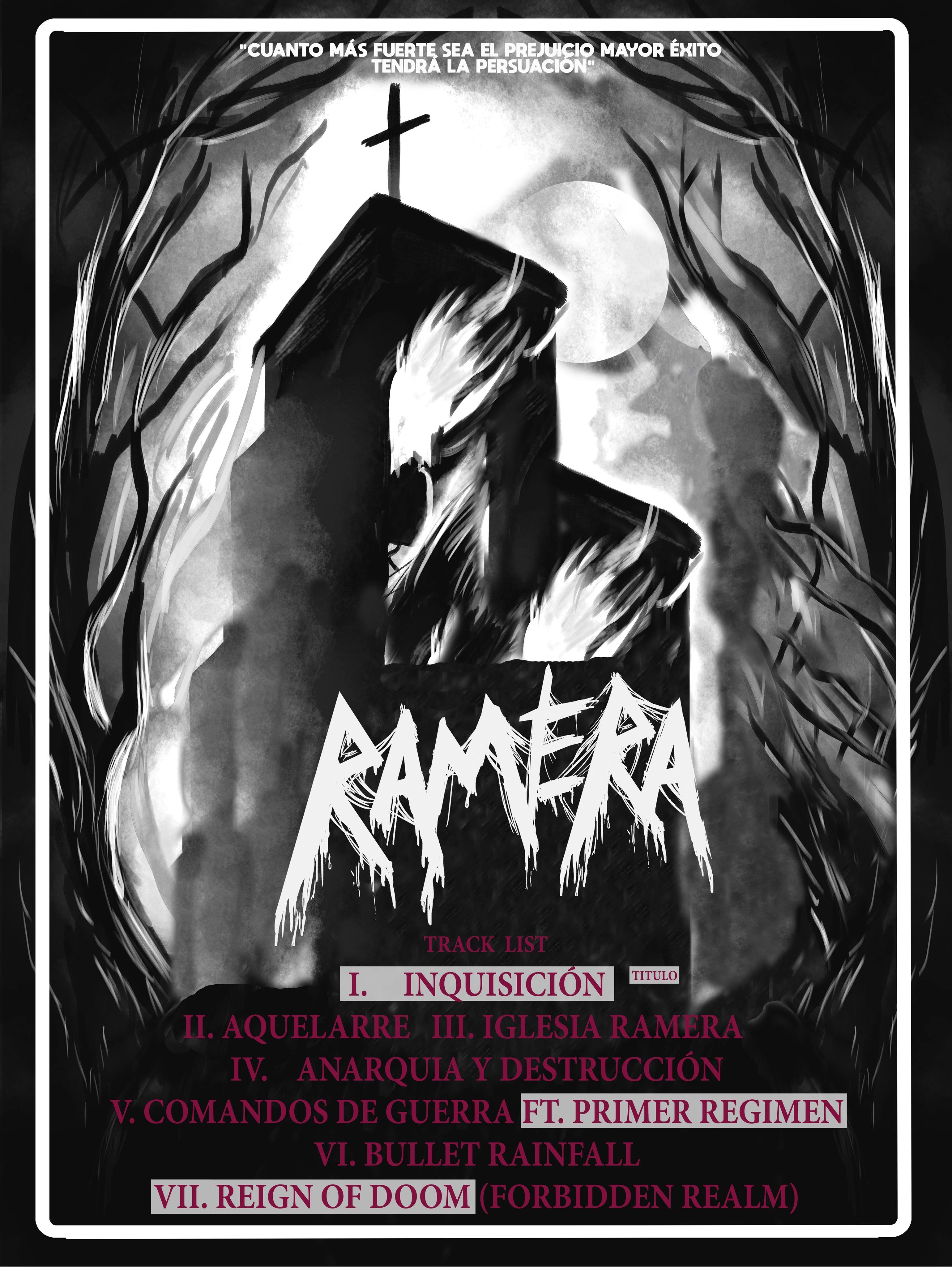 Welcome to the FILTHY DOGS OF METAL Webzine.
Tell us a few things about RAMERA (Members, Starting Year etc).
Ramera is a one man band, created by Ratman, the idea of the project arose in 2019 and seeing that it was difficult to get committed musicians, I decided to start alone.

You have recently released your album ''Anarquía y Destrucción ''. What is the Feedback from your audience as well as from the Press?
Anarchy and Destruction is my debut album and so far the comments have been very positive, people like the sound we achieve, those comments motivate me to keep working. 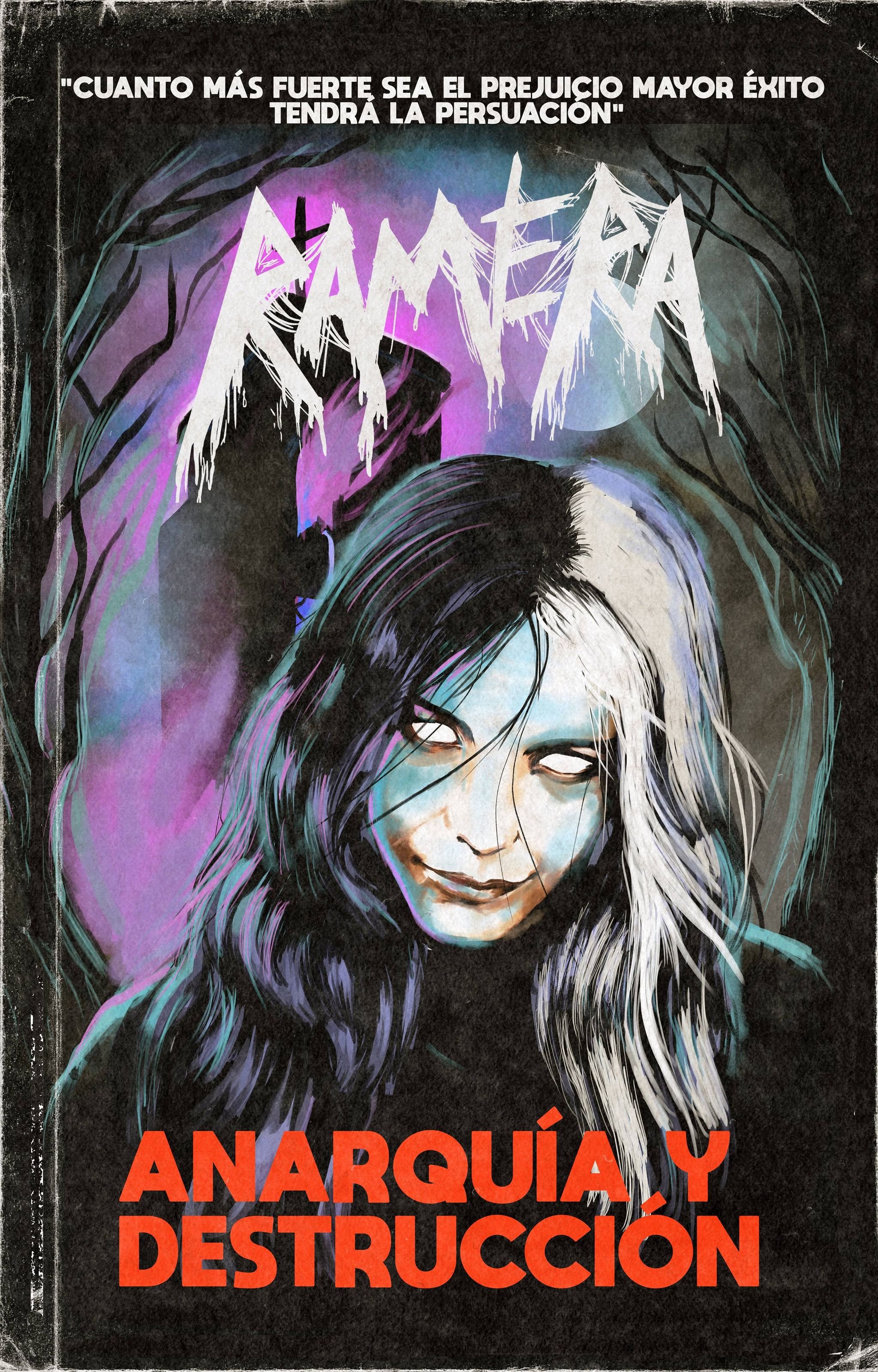 Label or DIY and why?
No, nothing, everything is independent, I hope a good label is interested and wants to work with me.

Do you prefer Vinyl, Tape, CD or Digital Format and why is that?
At the moment the main thing is to become known as a band and platforms like YouTube help me a lot in this, in the future I would like to record in all formats, I have no preferences, everyone will see in what format they enjoy it Vinyl, tape, CD or digital format, the important thing is the music and making better songs.

Your music style is Thrash/Black Metal. Which are your main influences (Favourite Artists / Bands etc.)
I would define my style as Horror Thrash, a dark and sinister sound inspired by terror, not fast, nor heavy, the important thing is that it sounds sinister, but undoubtedly I have influences from black and thrash bands that inspire me: Toxic Holocaust, Hellripper, Venom Behemoth, Ghost

Which things, do you think, a Band should sacrifice in order to succeed? Have you ever sacrificed anything in your life for a better future of your Band?
The important thing is to have discipline, perhaps the biggest sacrifice I made was to spend a lot of money on the recording of the album since being alone the amounts increase, but well I think it was worth it.

Describe your ideal live show as a performance Band. Have you already experienced that?
I have not had live performances, but I would like to play in many countries and for people to enjoy my songs, at the moment the live shows are not a priority, I just want to make good music.

Which attributes, do you think, that a new Thrash/Black Metal Band should have in order to gain identity and be unique?
The authenticity in metal in these times is scarce, everything seems everything, it is a great question I think that I am not inventing anything new but I think that thrash terror can be an interesting proposal, the identity could be given by building an image of the band according to its sound but i'm not sure .. haha 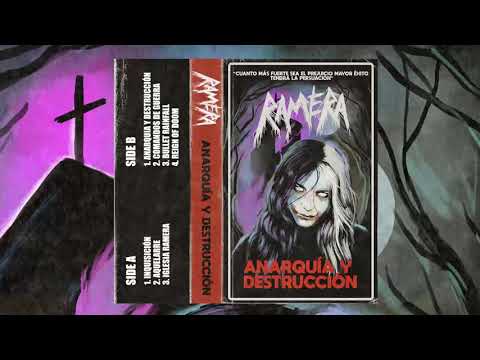 Do you believe that Bandcamp and other Digital Platforms help the new Thrash/Black Metal Bands? Which, do you think, is the ideal way for a Band to promote its work?
I honestly don't believe much in Bandcamp, I think channels like "New Wave Of Old School Thrash Metal" helps a lot in global diffusion, YouTube has a greater reach and I prefer it.

Tell us a few things about the New Underground Metal Scene in Colombia (Bands, Fanzines, Webzines, Metal Clubs etc.)
Metal scene, however what I know is that especially in Medellín it is very solid, metalheads meet to talk about diffusion and how to make bands reach other continents. . I've been more related to the new punk scene in Bogotá, (bands like Muro, Primer Regimen, Final) in fact at the beginning I wanted to do punk, but I think I'm better at metal.The metalheads in Colombia are very radical and sometimes it is complicated, however there is a whole scene with magazines, youtubers and bars that try to work hard to maintain a strong scene

Do you know anything about the Hellenic Metal Scene?
No, I honestly have no idea.

What are your future plans?
In the future I want to release new music, consolidate the band and internationalize it, compete with the best bands in the world of underground metal.