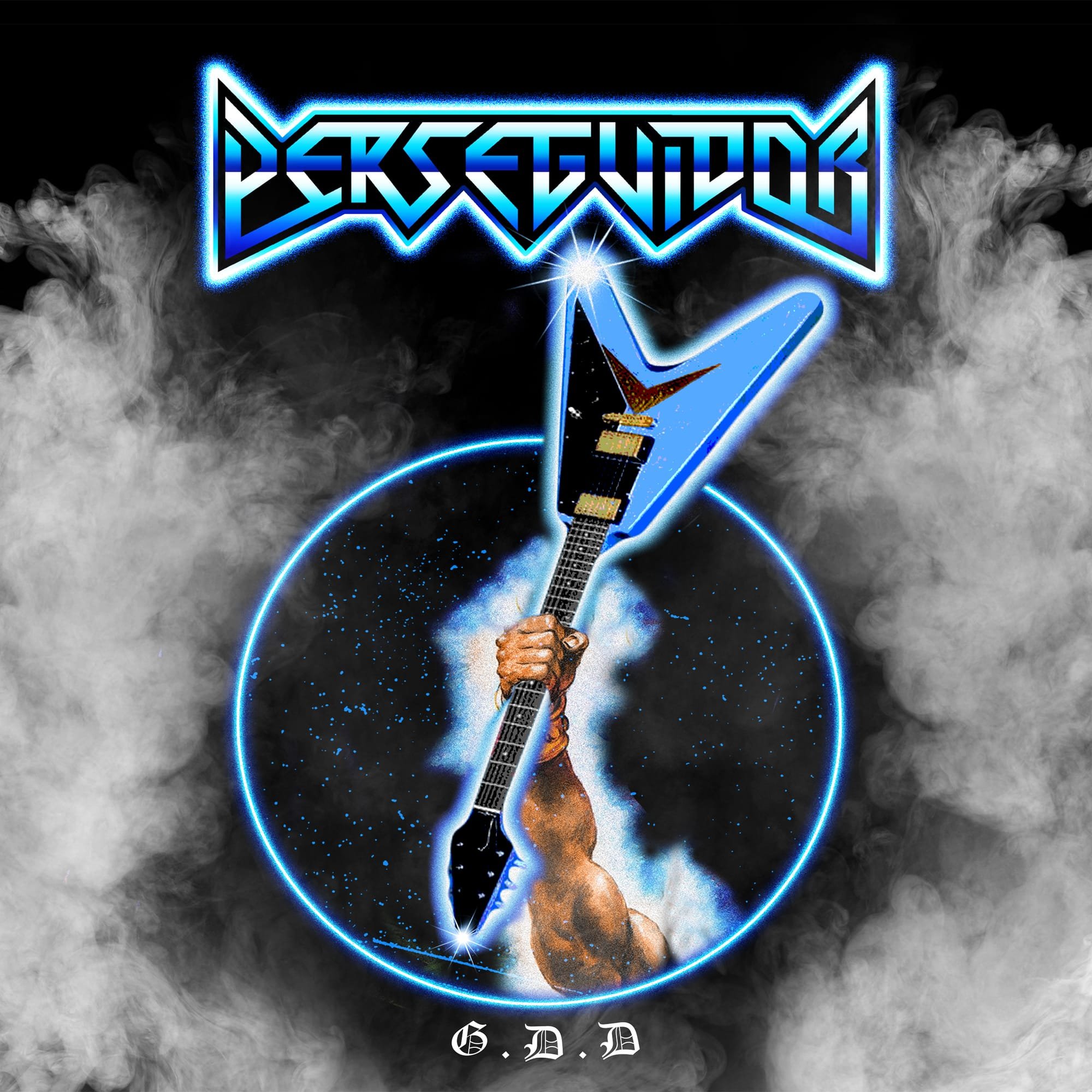 We had a conversation with Cristian Cisternas (Vocals). Enjoy!

Welcome to the FILTHY DOGS OF METAL Webzine.
Tell us a few things about PERSEGUIDOR (Members, Starting Year etc).
Perseguidor was formed in 2007 in the City of Concepción Chile by 2 friends who love Speed and Traditional Heavy Metal with the idea of reviving a style that was not widely used in those years in the country, after a great search for musicians who could give the stature for this project in 2009 they managed to record their first demo which came out in tape format in limited edition entitled "Oculto Plan" Oriented more to a Thrash Speed with raw sounds with apocalyptic and social lyrics, achieving very good acceptance by the local scene taking them to play different cities in the region and other latitudes, in 2011 after a change of formation they recorded their first professional album "El Castigo" changing to a more technical speed heavy metal with much more conscious lyrics, in 2015 they released an EP entitled " The solution ”which came out in tape format by Evil Steel Records and they also produce a self-managed video clip with the same name as their EP, making the band much better known within the world. or of his style at the national level played in places like Valparaiso, Osorno and Chiloe among some, in 2017 they celebrate their 10 years by launching at an event a compilation album with material from their previous works plus some unpublished versions, new songs and live, titled "X Years" (2007-2017) it should be noted that in said previous works both in terms of recording and physical format, they were all made independently by the band except for "La Solution" which was produced by Evil Steel Records in its Physical Format but Recorded by the band, Oculto Plan was recorded at Casa Rock studio in Concepción but its physical format was also produced by Perseguidor. In December 2020 they recorded an essay Demo entitled "Globalization of Destruction" which came out in tape format limited to 50 copies by the Diabolical Summoning Records label, in this work the band recorded some songs from their next album and some old ones from way totally live since Perseguidor had been inactive for several months due to the issues of the pandemic.

You have recently released your demo ''Globalización de la destrucción''. What is the feedback from your audience as well as from the press?
The truth is, we have had quite a good acceptance from the local scene and other latitudes. Unfortunately, it was a very small print run of copies of this work in pro tape format with which we were quite satisfied with the sound we want to achieve by showing rawness and execution together with a direct message, there will soon be a fight for a Chilean label of 100 copies in CD pro of this same work but it may be released in 2022 and about the zines we have had a very good acceptance, we have many events coming up this summer in the country. Label or DIY and why?
I did not understand that.

Do you prefer Vinyl, Tape, CD or Digital Format and why is that?
Obviously always the physical format is the best, feel the paper, the art of the album see the photos the lyrics etc, but for people who cannot get the material immediately or do not know the band there is the option of digital, but the The first option is always the physical one, in our case we have always tried to do it independently, we have not yet had the opportunity to release a vinyl, but we have released pro tape and soon CD pro. 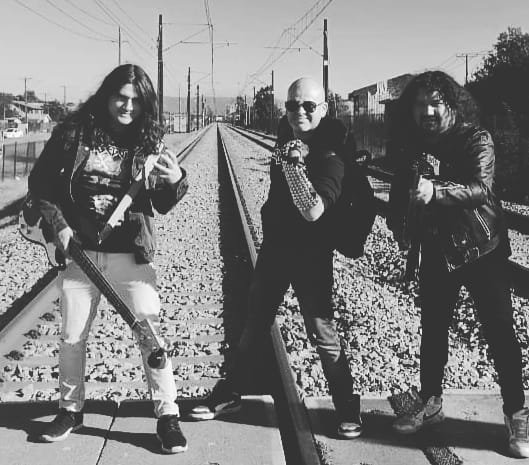 Your music style is Speed/Thrash Metal. Which are your main influences (Favourite Artists / Bands etc.)
Within the members of the band we have several metal influences, obviously within traditional metal as well as European metal, South American and American, to name some of the South American bands would be bands like V8, HERMETICA, and other latitutes, From USA old EXODUS, AGENT STEEL, EXCITER, RAZOR, from Canada, from Germany Old LIVING DEATH AND RUNNING WILD, ETC

Which things, do you think, a Band should sacrifice in order to succeed? Have you ever sacrificed anything in your life for a better future of your Band?
Well, I think that sometimes one should leave banal things and give full attention to what your passion is if it is the path you want to follow in life, in our case we have already been in this for 14 years without help from anyone, it has been A totally freehand job, I don't know if they know that term, but anyway we will not stop unless one of our members dies, we are 3 of the original ones who carry the ship afloat, many times we have left family, work couples to go out to play , is what we like and nothing will make us change at this point in life. 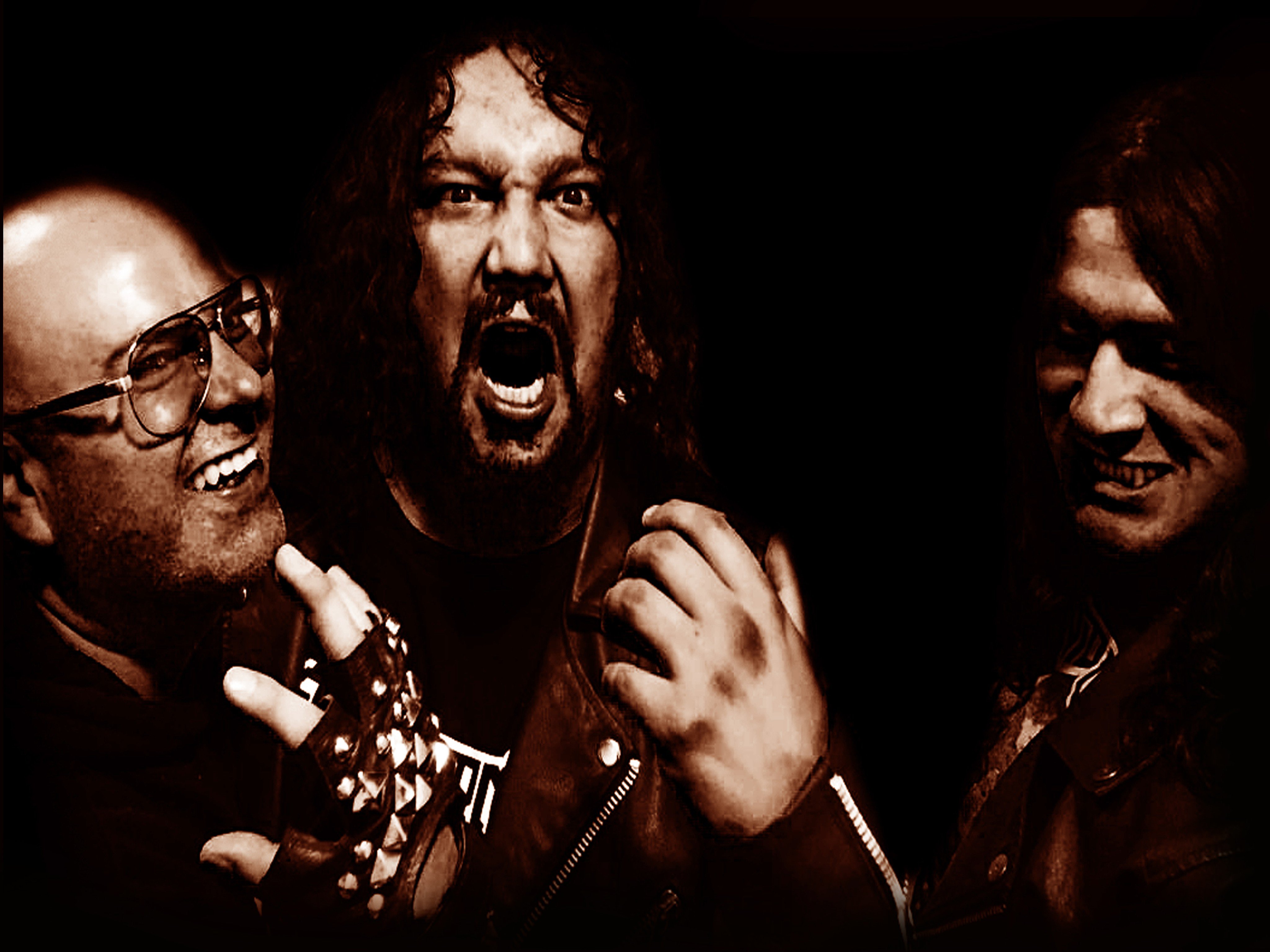 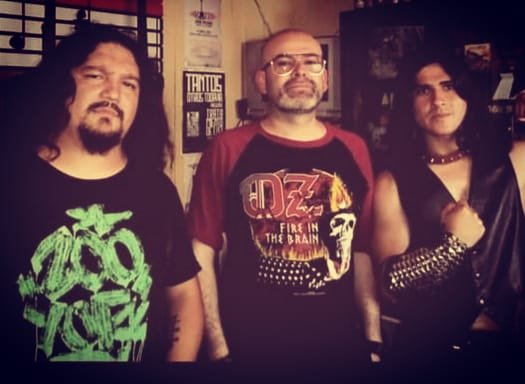 Describe your ideal live show as a performance Band. Have you already experienced that?
Well we have had quite a few good species in the south of our country, with very good public acceptance, one of those was in the city of curacautin in the region of Araucania where the public chanted our songs in 2018, also another good species was more to the south in chiloe in the city in acund in 2014, also in our region once we were the mythical gym of the talcahuano turtle in 2013. 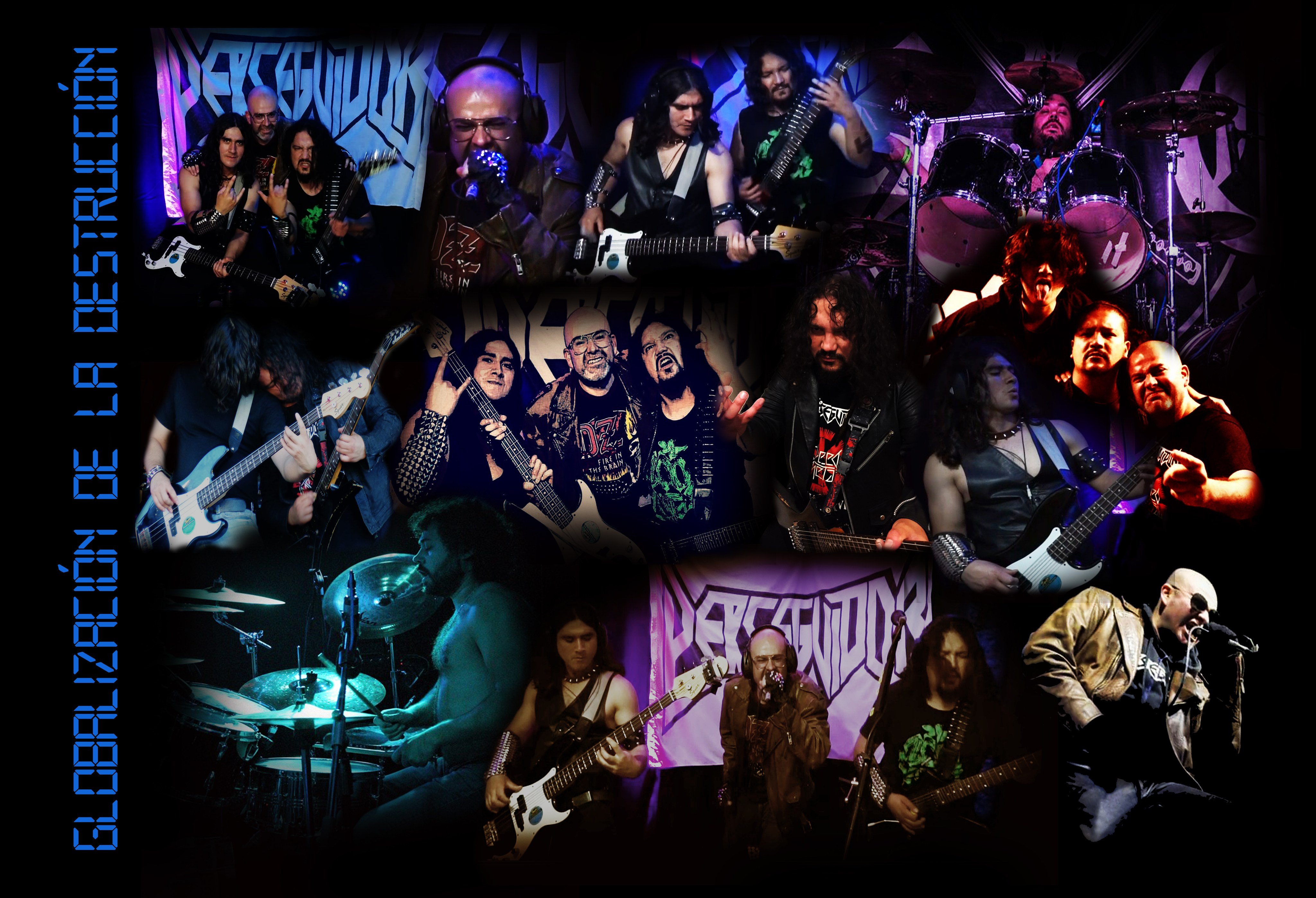 Which attributes, do you think, that a new Speed/Thrash Metal Band should have in order to gain identity and be unique?
The main thing in my opinion is to deliver a good message, these days there are many bands with good musicians but zero content, I think it is time for people to start thinking and realize that we have to make a change in the world, no we can continue living at this level of consumption and destruction of our planet.

Do you believe that Digital Platforms help the new Speed/Thrash Metal Bands? Which, do you think, is the ideal way for a Band to promote its work?
Yes, I do not see the bad of that, but as I mentioned before, the ideal is to acquire the physical material so that the band rewards the investment that has been made when recording and releasing their material. 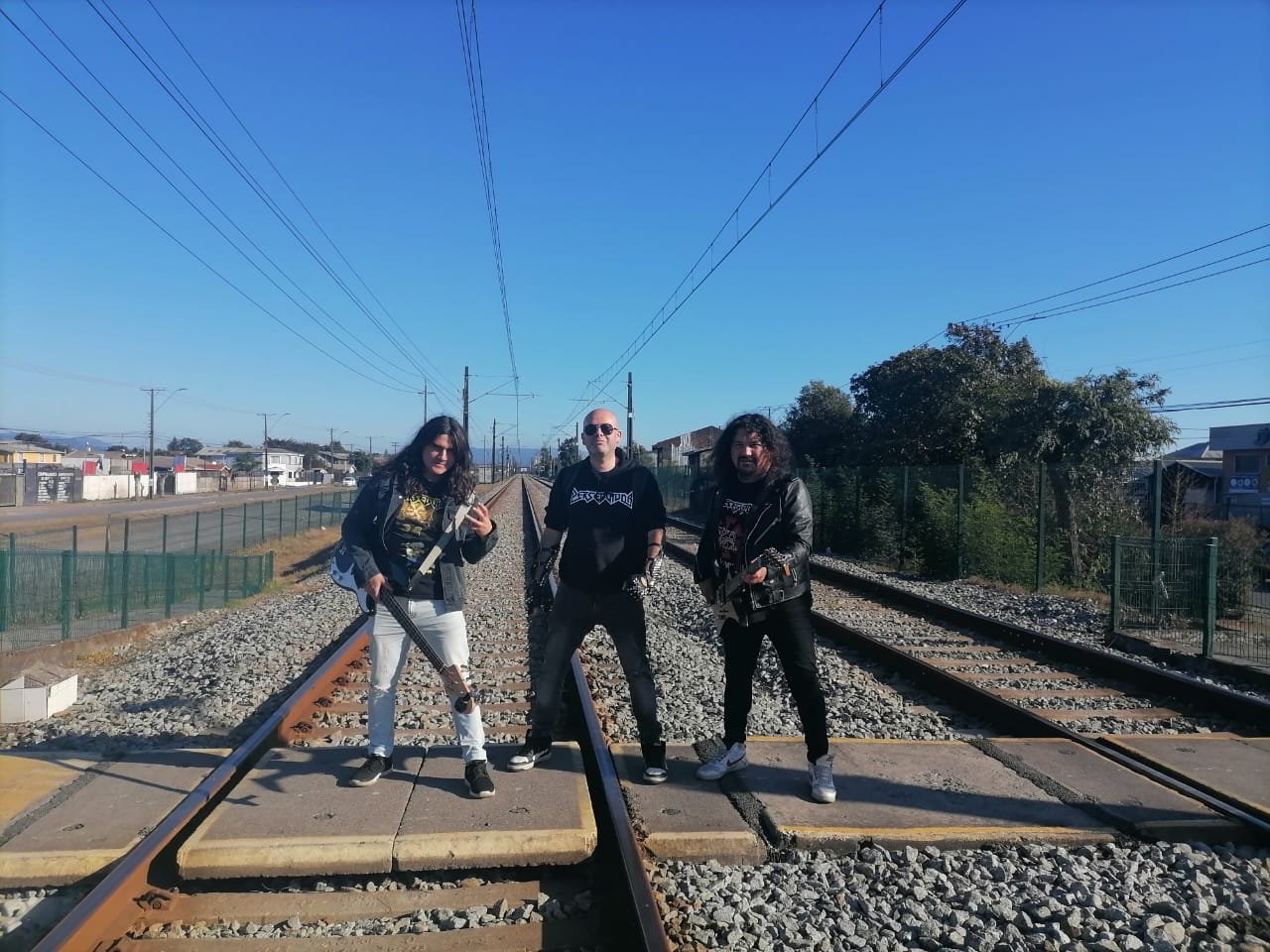 Tell us a few things about the New Underground Metal Scene in Chile (Bands, Fanzines, Webzines, Metal Clubs etc.)
In recent years the scene within traditional metal has been activated in an impressive way, an infinity of boy bands with fresh compositions have come out, including traditional heavy metal, also speed and thrash metal, I think that in our country we have A large number of quality bands within the new that has come out, which is added to the old bands that are still within the fight that is to maintain this lifestyle linked to metal by naming you some bands, I would recommend you from our city “Concepcion” Rugido, Arcanhell, Inalterable, Crushing Brain, Armamento. From other latitudes of our country in the south you can find bands like Rapaz, Satira, Sicomotor, Inoxidable, in the north, Emboscada, and in the central zone, Dominio, Aberracion, Inquisicion "which is one of the old ones" etc, on the zines there is a very good zine of traditional metal entitled "Tiempos Duros" made in the south of Chile which will soon be out in physical format, there is also Tradicion Metalica which makes reviews of bands from the country both written and on video on its new channel. Youtube. 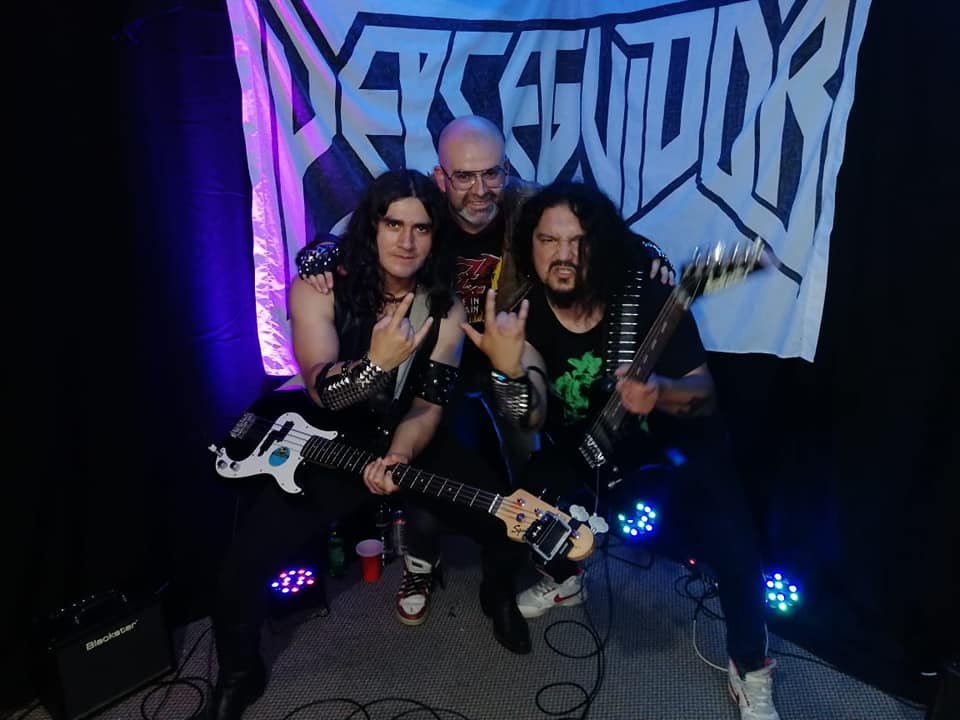 Do you know anything about the Hellenic Metal Scene?
No friend I have no idea about that.

What are your future plans?
Good on what is coming to the future of Perseguidor is to finalize our new album which will be titled "Sistema Falso" we are in the process of recording the last remaining tracks that would be a couple of basses and some voices are at 90 % you could say Afterwards, the mixing and mastering would come and we would see the availability of some labels that were offered to us to release said material.This work will contain 10 topics in total, its theme will be as always with lyrics of social criticism of what we are living as a country and society in these times and we hope we can have much more diffusion than our previous work and thus be able to reach more people from other latitudes that have not known our work as a band yet. We are also about to launch an audiovisual work where we play our demo in its entirety plus some bonus videos and an interview which will be released at the end of November within the framework of our 14 years of existence.

Thank you very much for your time & Keep up the good work! The closure is yours.
First of all, thank you for the space that you have not provided to be able to tell a bit of our history as a band, which has been quite difficult in our trajectory, we are not a band with financial resources, in fact most of our material has come out independently and that is why perhaps we have not had a great diffusion as we would have liked throughout our musical career, but we still have life and desire to continue fighting for metal. 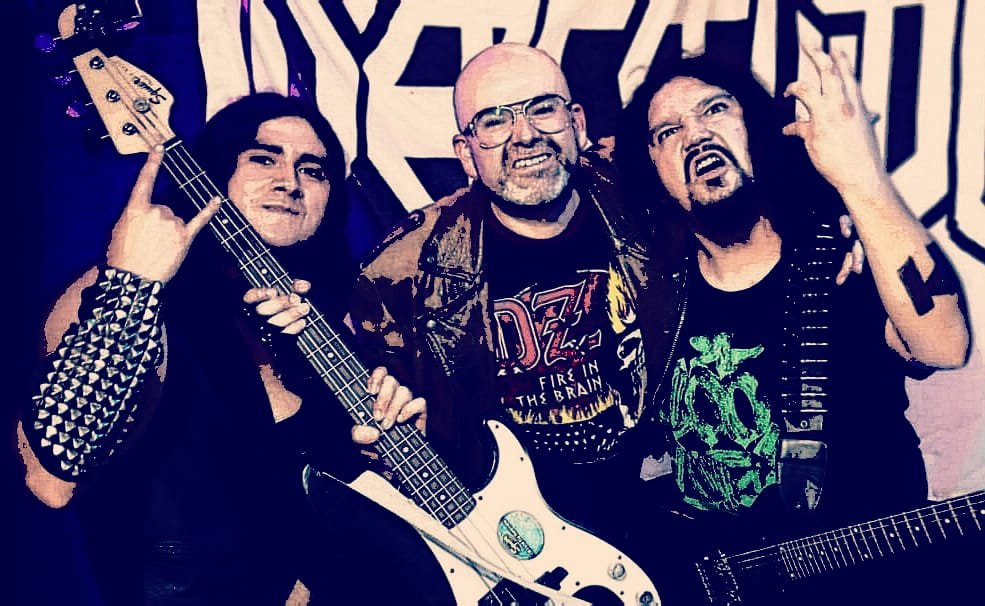 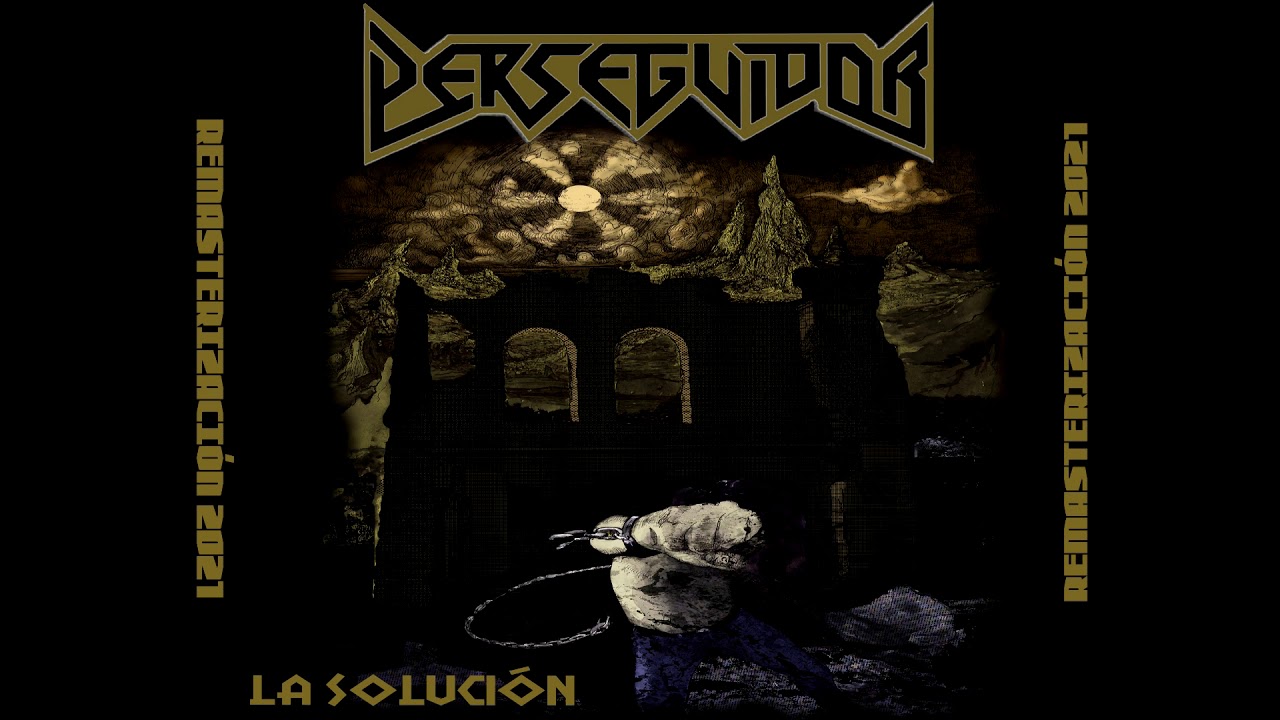