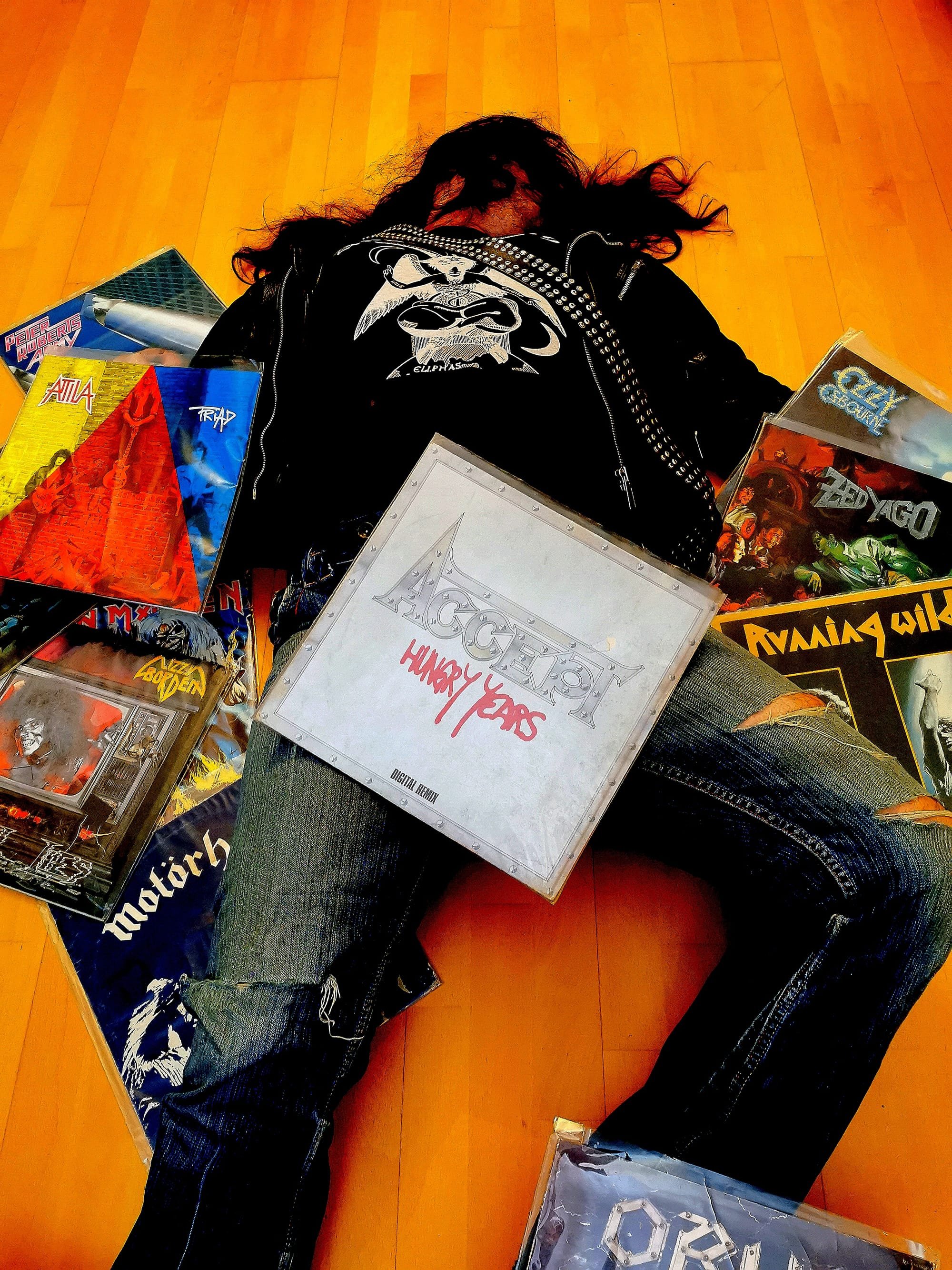 In the middle of his conversation with VINYL MINT, Filthy Dog turned up the volume in order for them to enjoy that fucking awesome song of Vandenberg: 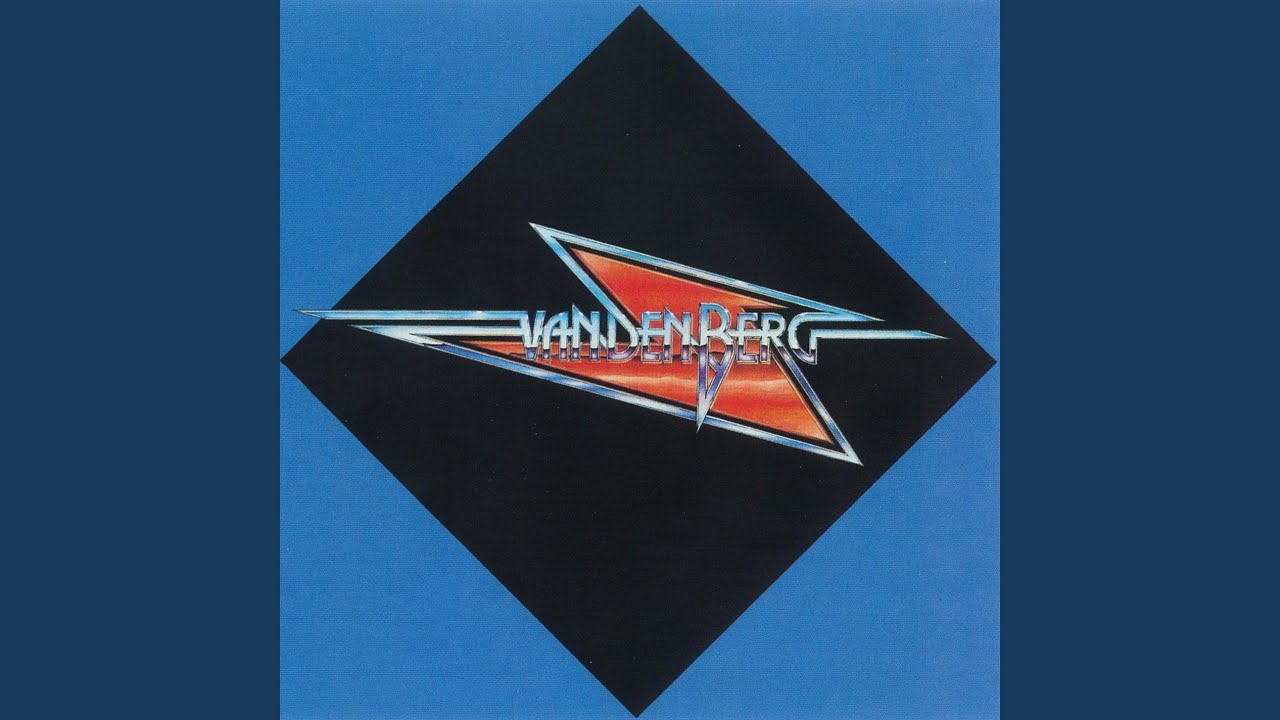 VINYL MINT: You told me before that most of your records are secondhand. Have you ever found anything extraordinary in your records besides filthiness?

FILTHY DOG: Ha ha ha...yes of course! I have found many things inside the jacket of the covers. First of all, I hate writings on the cover. I have read so many things...from telephone numbers to love messages..ha ha ha!!! I have found money (dollars), cards from stores, nail file, cigarettes, cigarette papers, but I think that the most important was one closed letter. I found it inside the cover of Rainbow's Long Live Rock n' Roll LP. The date of the letter was in 1978. It was written in German language and it was a very sad letter with pain and tears inside from a son to his mother...! I imagine that the son, wrote the letter and just closed it in the envelope (it hadn’t any stamps on it) and forgot it inside the jacket of the sleeve. Maybe the Rainbow LP’s owner was the mother and she hid it inside the cover to read it when she would be alone (I know that she had an affair.. ha ha ha.. I read the letter and I know many details of the cruel mother!!!)...ha ha ha..maybe..who knows!!! Every record has a long story!

VINYL MINT: Where can you find records today?

FILTHY DOG: I mostly buy records from the internet (the well known music platforms). You can find amazing things there, especially on auctions from private sellers! You must have money because collecting records is an expensive hobby, but the most important thing is the knowledge. Knowledge is the power. To know about pressings, bands, private releases etc. As I always say, you cannot have them all, you cannot find them all because we only have ONE life to live and Heavy Metal music worldwide is endless.  I also forgot to mention the trips (vinyl record tourism!!!) to foreign countries. You will find amazing stuff out there, especially in small cities and in the Flea Markets. In those places you will need your knowledge. I have seen many people nowadays who are checking their smartphones while searching for vinyl records in the Flea Markets. Actually, they check with the help of their smartphones the real prices of the records on the internet. In other words they check how valuable the records are in order to see if it is worth buying them. In my opinion, they lose the magic of the unknown and the feeling that a record can give you. What can I say..we have 2021! 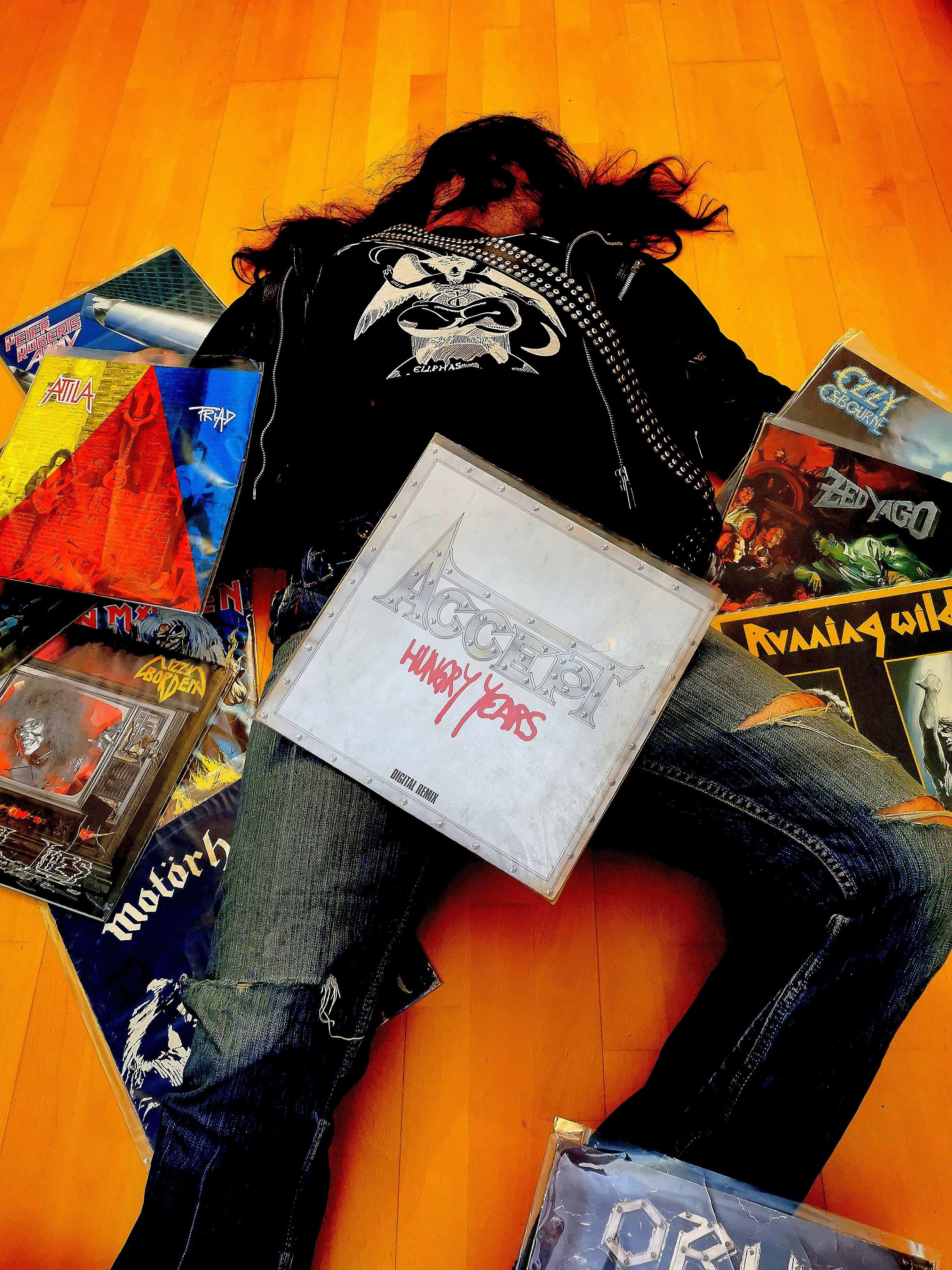 VINYL MINT: So, things seem to have changed a lot on Earth as far as records are concerned. Which differences do you note in the metal music industry from the 80s until today?

FILTHY DOG: Psssss!!! I can see a lot of differences all those years. First of all, the fans of Heavy Metal have not long hair anymore…ha ha ha!!! Nowadays, young people don’t buy physical formats. They only know the well known digital platforms and mostly they listen to music from the internet. They can hear or ''have'' in their hard drives tones of music, but I think that in this way they do not respect the bands and the releases. Only if you pay for a record or if you search for a record for months or years until you find it, then you will be able to understand the difference between digital and physical format. I have noticed that the last 5 or 6 years the record companies (big commercial labels) are producing vinyl records again. They talk and spread everywhere the comeback of the vinyl records and it is a big hype. But how can you compare the record industry of the 70s and 80s with Today,  when someone, for example, a well known artist, used to sell millions of records around the world and nowadays a good selling number is 10.000 copies??? As for the Heavy Metal industry...ha ha ha!!! We are talking about releases of 500 to 1000 copies if it is a good selling band. The small bands release from 150 to 300 copies!!! What can I say. Many record factories have closed the last 20 years in all over the world. There are only small factories right now, especially in Europe. Imagine that here in Greece we had our own record factory, for Greek pressings, but it has also closed.

VINYL MINT: So will the Earthlings stop manufacturing records?

VINYL MINT: So what would happen if the internet stops existing one day?

FILTHY DOG: Hmm. I think of this very often. From one side it would be great to stop, because we will live again like we did 15-20 years ago. More humanly. You don't have to waste your time to read all the meaningless bullshit of anyone out there. Photos of the food, of holidays, of friendship, of records etc. Why can I see your private life? Why this? Do you want publicity? Do you need someone to tell you ''Bravo'', ''Great'', ''You are awesome - You are the one''??? All these are crap and crazy! Really, I do not understand these people! On the other hand, if internet stops existing one day, we will lose the chance to easily discover the amazing bands from all over the world (new & old). By the way, there is a very good Heavy Metal scene on Earth today and without the internet it would be difficult (like the old days) to discover them and to listen to them. But then again I'm thinking... didn’t we listen to music 30 years ago? Didn't we discover bands from all over the world? Yes, we did! So, we don't have so much to lose even without the internet.

VINYL MINT: Hey look at these: Hand of Doom - Poisonoise. Why do you have these twice?

FILTHY DOG: I have it twice because the one that you have right now in your hands is the original copy from 1979. The other (the Double LP) is a compilation with some bonus tracks and photos inside the gatefold cover that I would like to have in my collection. However, generally I'm not the type of guy who buys compilations or reissues. I prefer to have the original ones. On the original pressings you can hear the real true recording and not a remastered bullshit!

VINYL MINT:  So, why should somebody buy a reissue and not the original one?

FILTHY DOG: Many people (especially in the last 15 years) use to buy reissues because of many reasons. First of all, they want to be the first owner of the record, in other words they want brand new items. Secondly, many cannot afford the price of the original ones. A third reason can be that people cannot find the original record anywhere. These people don't really care about the issues, original or reissue is the same to them.

VINYL MINT: Do you feel addicted to collecting records?

FILTHY DOG: Not anymore. I used to be, but not anymore!

VINYL MINT: So, what would you choose? Mayhem's Deathcrush The Original Posercorpse or a superluxurious mansion with a swimming pool full of hungry for sex women?

FILTHY DOG: Of course Mayhem! Who cares about a superluxurious mansion with a swimming pool full of hungry for sex women! 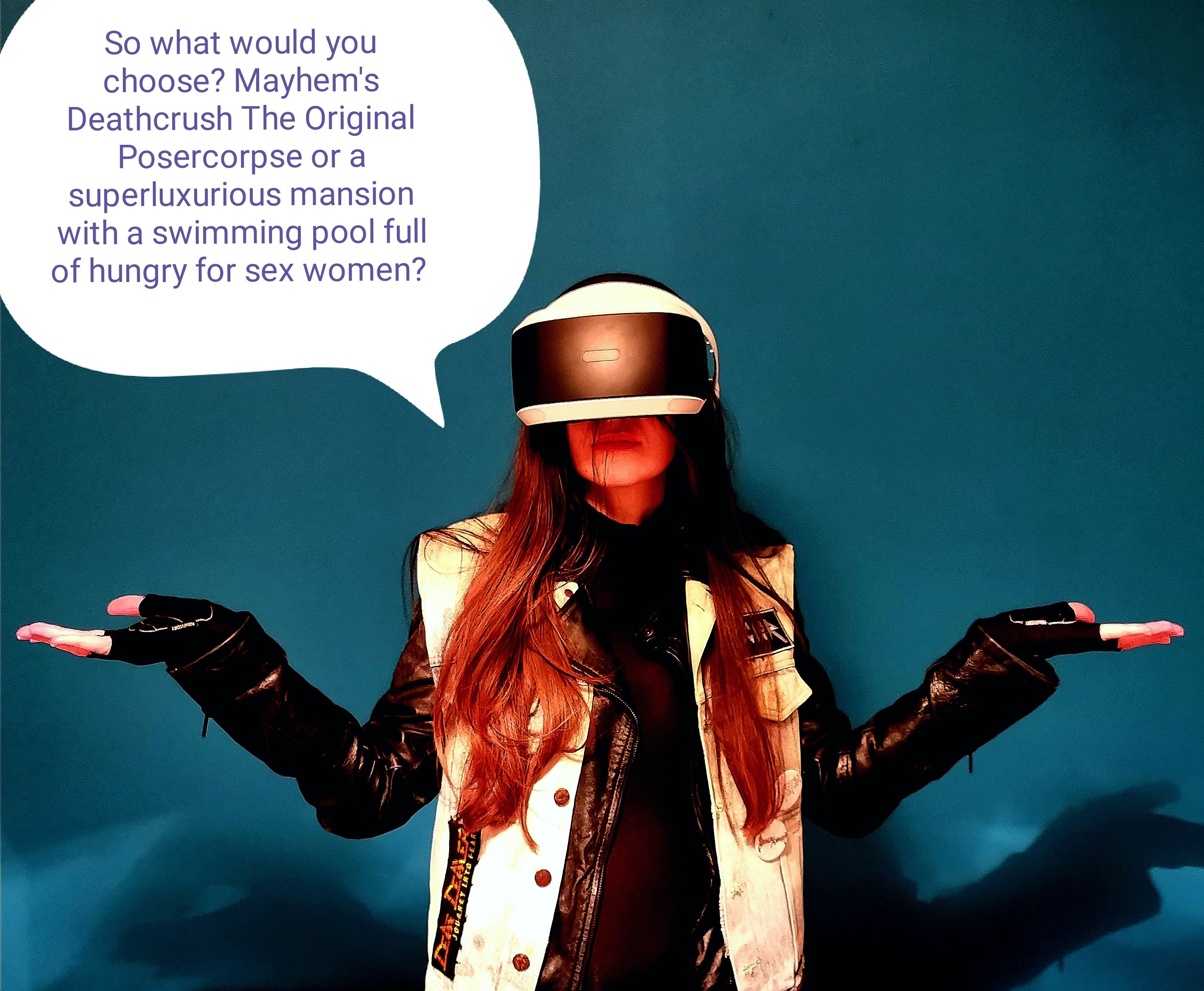