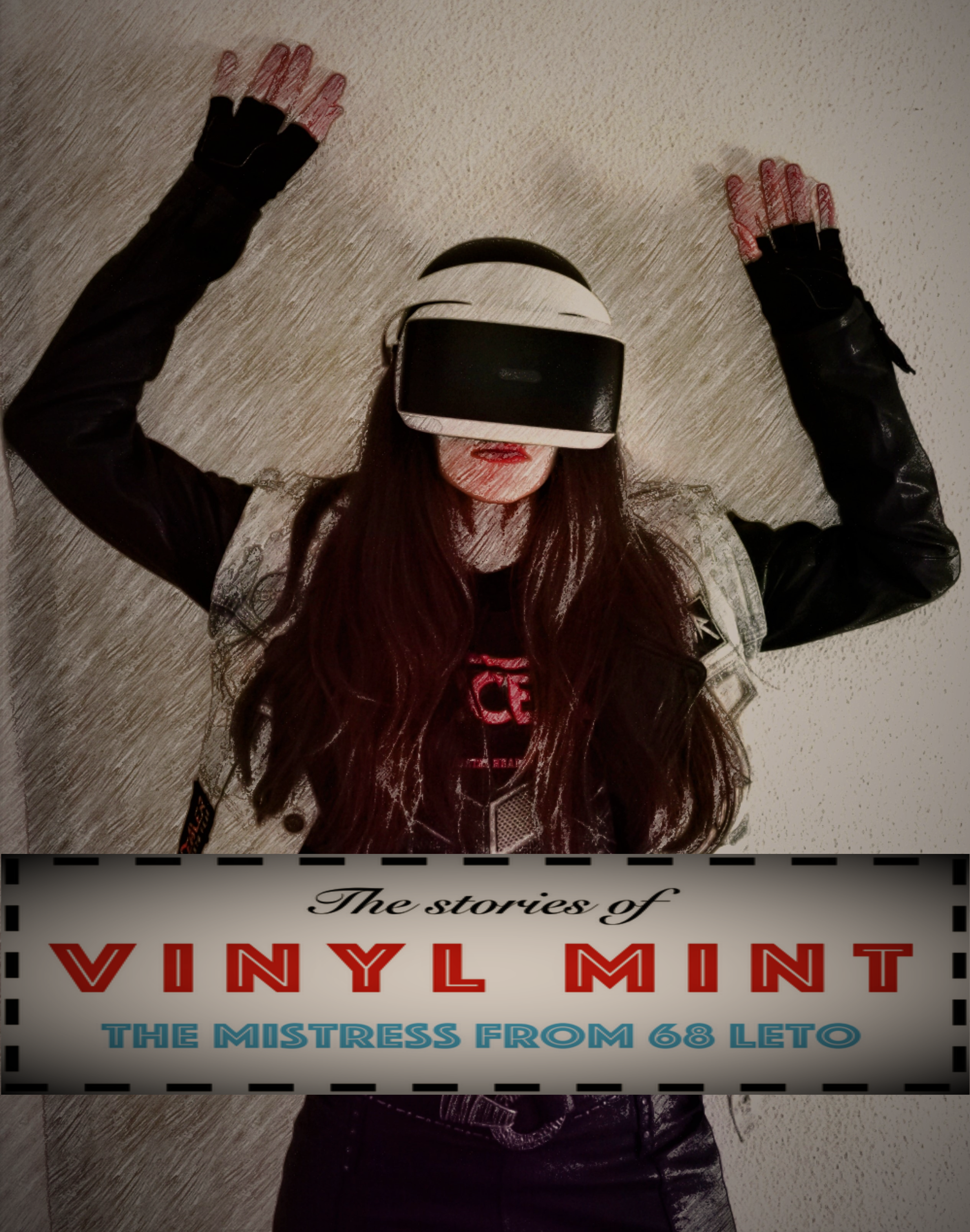 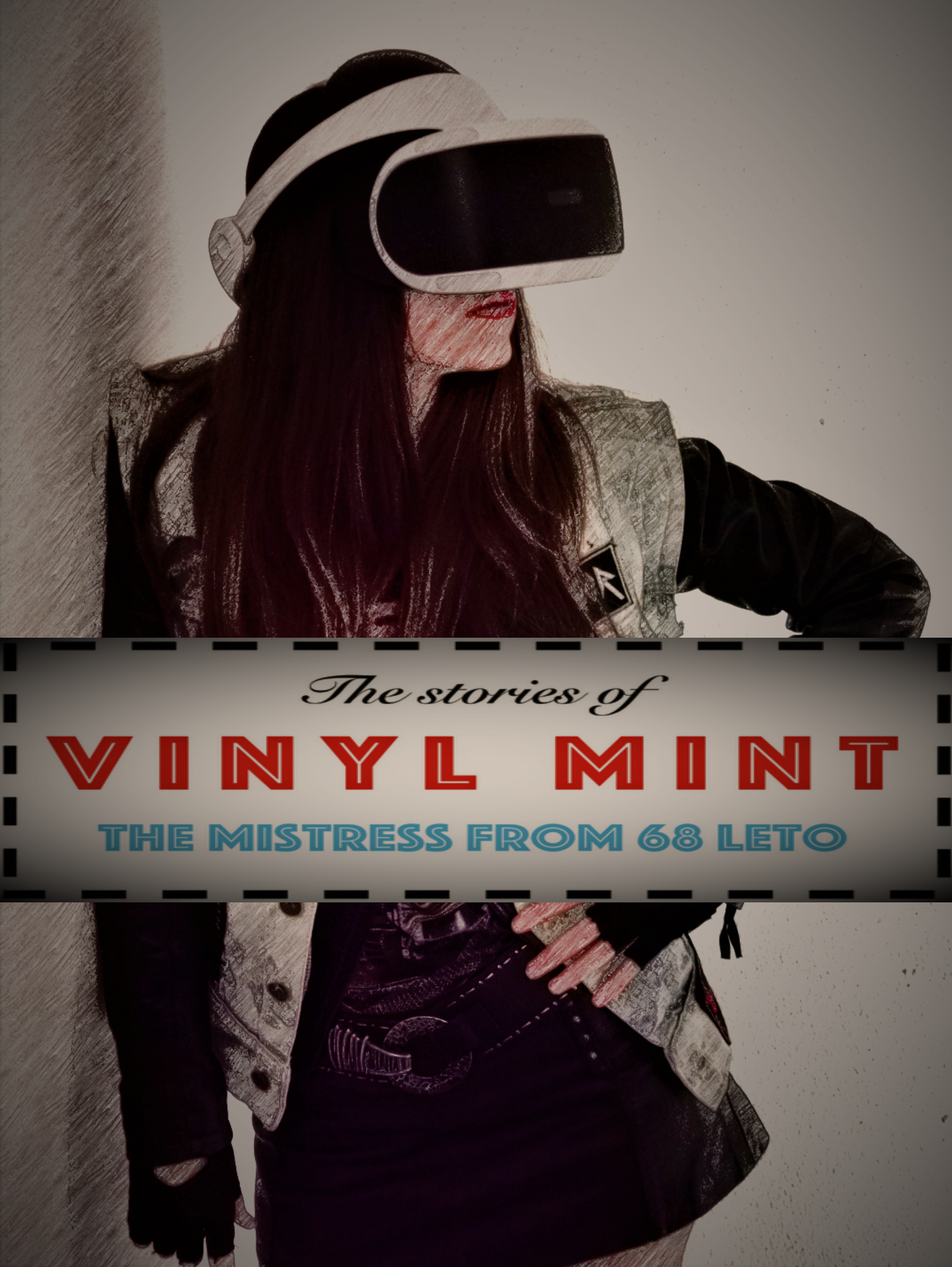 …As she was never known for her special landing skills, a few minutes later VINYL MINT emerges from a dense cloud of smoke leaving her damaged flying motorcycle behind. 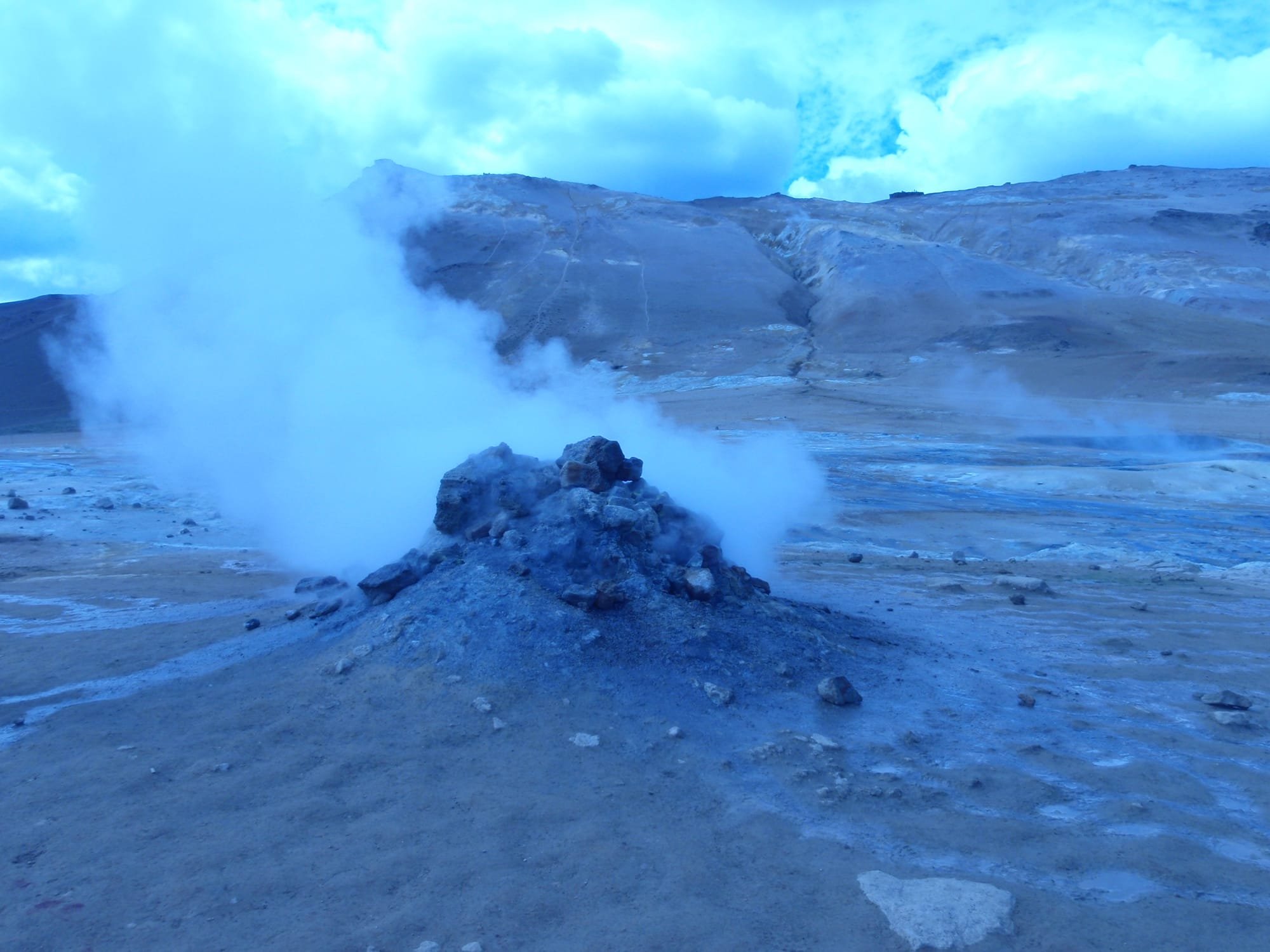 “Hoooooly Shit! Where the hell am I??? IRIS, are you sure that we landed on Earth and not on Mars?”

“We did land on Earth, VINYL MINT. This place is called Hverir, it is a geothermal area with large bubbling mud pools and steam vents located on Iceland. The Earthlings also call it Namaskard or…”

While VINYL MINT looks around, she takes a deep breath as she always enjoyed the smell of sulphuric compounds, and cuts IRIS off in the middle of speaking:

“OK IRIS, get to the point! Where can we find Vinyl Records here? I wanna taste a piece of pure Icelandic Metal…''

IRIS activates her Metal Detector Mode and scans a list of bands trying to trace a jewel for VINYL MINT, who has an incurable mania for rare Vinyl Records. After a while IRIS comes up with a band name that does not exist in the collection of VINYL MINT:

“Metal Detected, VINYL MINT!!! FLAMES OF HELL is what you are looking for! I am talking about an Icelandic proto-black/thrash Metal Band from Reykjavik, which was formed in 1984. Their LP “FIRE AND STEEL” was released in 1987 through Draconian Records, a Label which was founded in France. Although their music sounds evil and reminds me of VENOM as well, it is said to have been recorded in a studio located at a building of a christian association. People say that the most of the original copies were destroyed, so it is very difficult to find it. They also say that the LP was never sold on Iceland, so I think we should search at another country for it. Just listen to the song “EVIL”, it will blow your mind!”

VINYL MINT heads towards a group of Earthlings who were taking photos. People felt awkward when they saw her and went away. So how could she get some information here? How could she leave this place? There was no one else to ask. Suddenly, she heard a guy screaming “Scream for me Long Beach!” She looked behind her to see a posing long-haired guy wearing an old, worn Iron Maiden T-Shirt, who seemed to enjoy his time between the steam vents. The guy was a hardcore Iron Maiden fan and had the strange habit to sing their songs loudly pretending to be on stage, anywhere or anytime, without giving a fuck when people around stared at him or when they called him a “Freak”. VINYL MINT couldn’t believe how lucky she was to meet a Metalhead just the right moment.

“Hey there! I am looking for the original FIRE AND STEEL LP. Could you tell me where I can find it? '' she says.

Astonished by her sudden question he answers:

“What kind of question is that? We are at the foot of a volcanic mountain in the middle of Nowhere! Are you stoned from the egg smell or something? By the way, why are you wearing that playstation VR mask on your head?”

“Which mask do you mean? That’s my head!”

The Metalhead realized that he was not in the right mode in order to discuss with that crazy chick so he decided to smoke a joint.

“So, I am Tormentor from Greece. Where are you from?”  he said.

“I am VINYL MINT hailing from 68-Leto Asteroid. I just landed on Earth and I am looking for the FIRE AND STEEL LP” she answered.

The joint seemed to be effective enough, so he kept on talking with her without being surprised at all with what she was saying.

“Look, I collect only original IRON MAIDEN stuff. Records, CDs, tapes, posters, T-shirts, everything. All the official versions from all countries of the world. I don’t care about  any other bands so unfortunately I don’t know where you can find that LP. However, I have a friend on Crete who knows everything about Metal. People call him “The Filthy Dog”.

Without losing time for thinking, VINYL MINT, says to him:

“We can’t go right now. My flight to Crete is for next week.”

VINYL MINT asked IRIS to show her a map of Earth so that she understands where the hell Crete is. 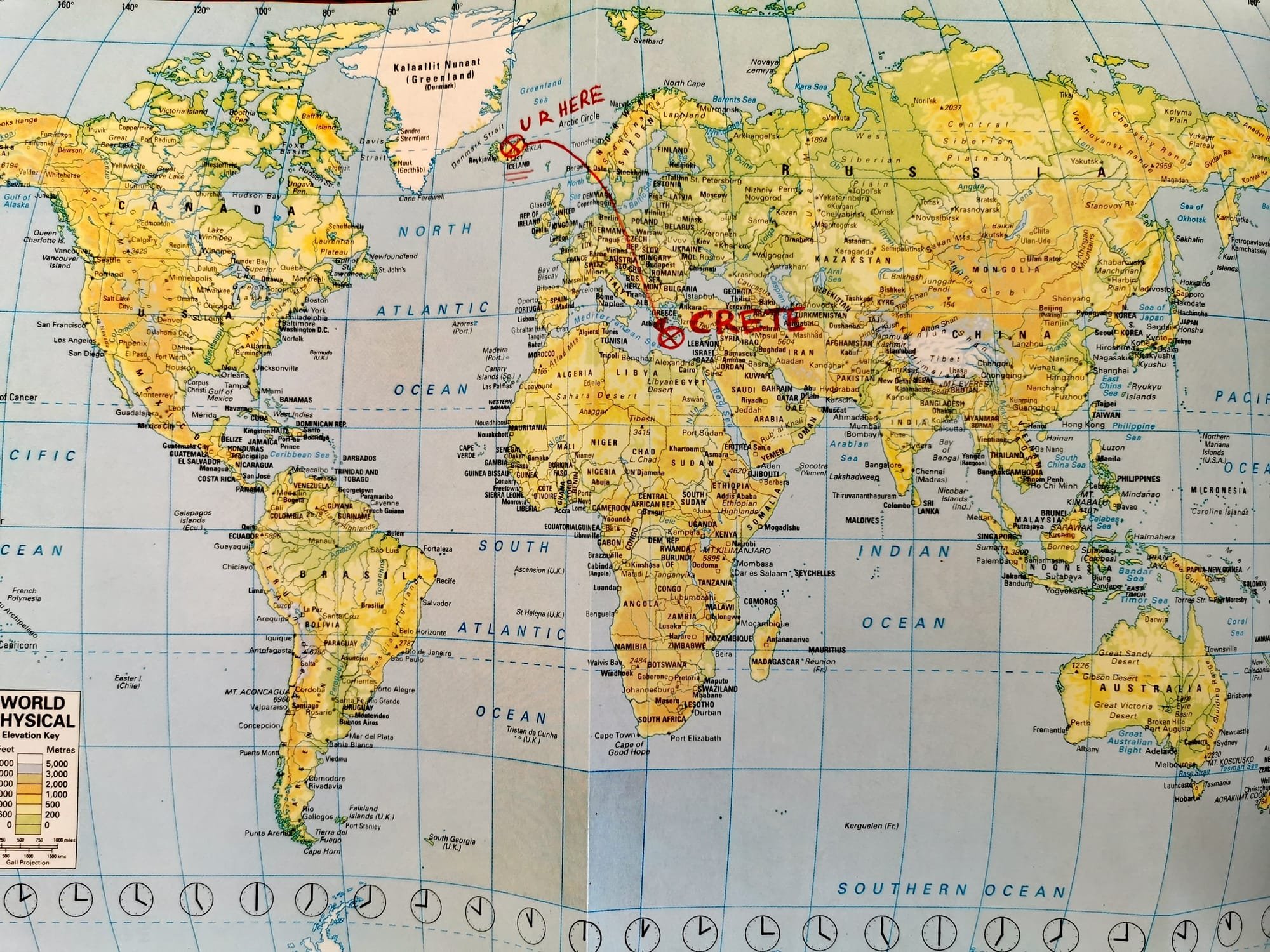 After the information update that she also needs money in order to travel, VINYL MINT said to Tormentor:

“Give me directions how to get there, as well as his address, and book a ticket for me in order to fly to Crete because I don't have any money with me. I am giving you my ACCEPT T-Shirt in exchange. You can sell it on E-Bay, as the unique ACCEPT T-shirt that was worn by an extraterrestrial, so you can get your money back this way.” 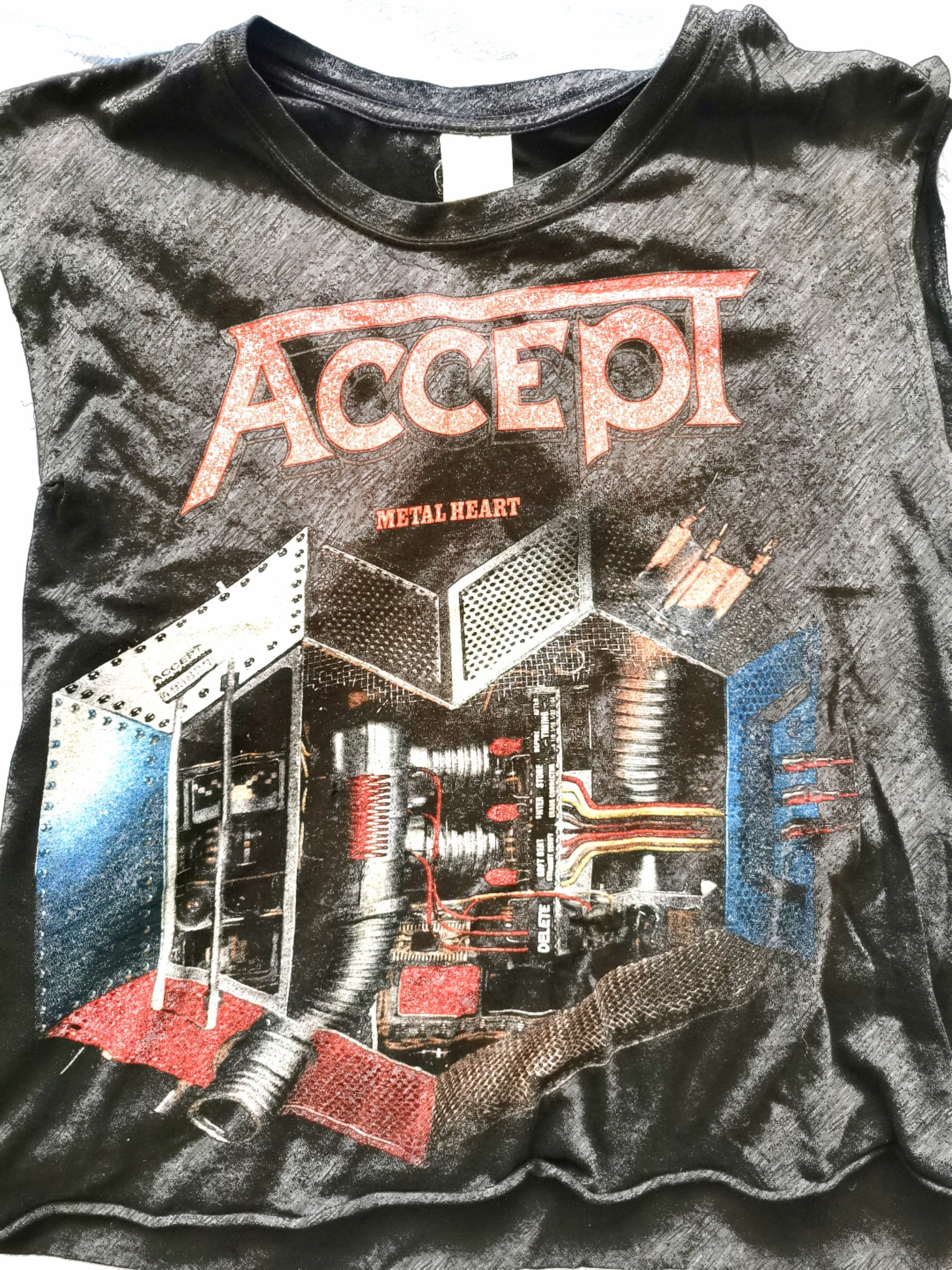 “That’s cool” Tormentor said. He took her T-shirt and then he booked a ticket to Crete for her by using his smartphone. VINYL MINT thanked him for his directions and disappeared walking through the smokes…

And this is how VINYL MINT’ s stories on Earth begin…