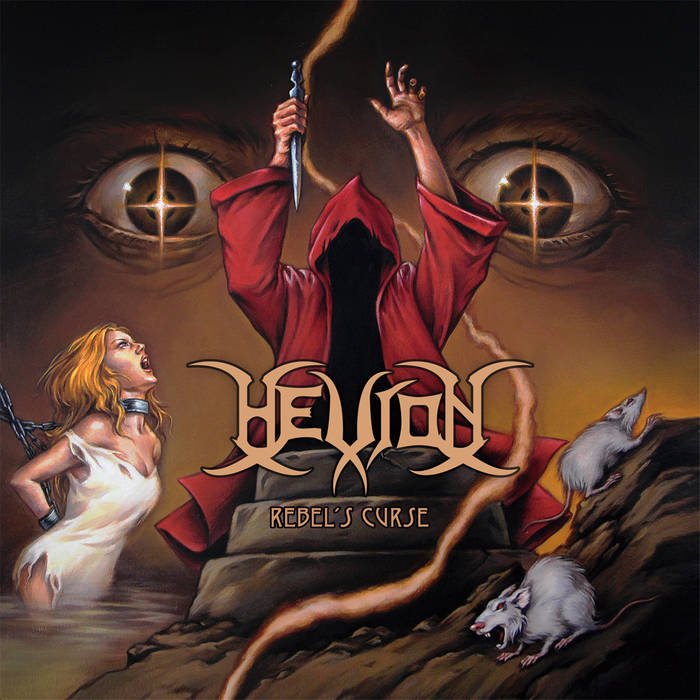 HELLION's second full-length studio album "Rebel's Curse" released on 23th of November, 2019 via the powerful and amazing Awakening Records. ''Rebel's Curse'' is an evil gift to the metallic community. The songs are very tight and heavy and I would say more professional compositions than their first album ''Hordes Of Witchery''. Evil thrash metal hymns like ''Summoning the Satan’s Crew'', ''The Law of the Night'', ''Into the Circle of Fire'', ''A Wizard’s Pledge'', ''Thrash Metal'' & ''Congregation'' are gonna break your neck and make your ears bleed!! Also the last song of the album ''Terror Strikes'' is a cover song from the Canadian thrashers SACRIFICE which it was played so fucking great!! Pure Thrash!! Also, I should mention that the production of the album is a little bit weak cause it was recorded by the hand at HELLION´s rehearsal room & the drums recorded in live sessions without the metronome, but who gives a fuck!! The album is fucking shreds and you will enjoy it from the first till the last second! The CD is limited to 1000 copies and it comes in a 12 pages booklet with lyrics, photos & beautiful evil images + the usual OBI of Awakening Records!!! So, all of you thrash metal rebels worldwide, join the black thrashing hordes of the Hellion brigade!! For fans of DESTRUCTION, SACRIFICE and RAZOR.

Tracklist:
1. Summoning the Satan’s Crew
2. Bloody Torture
3. The Law of the Night
4. Into the Circle of Fire
5. A Wizard’s Pledge
6. Thrash Metal
7. Escaping the Oz
8. Congregation
9. Terror Strikes

All music and lyrics by Camilo Ramírez, except for Terror Strikes which was composed by Urbinati, Rico, and Watts.

Recorded 666% by the hand at the band´s rehearse room. No triggers, sequencers, or emulators of any kind. Drums recorded in live sessions without the metronome. Recording, edition, mixing, and mastering by Santiago Paniagua.
Band logo designed by Camilo Ramírez.
Cover artwork by Wang Jiabin (Uncle3 Art).
Photography by Manuela Ramos.
Layout by Maranatha. 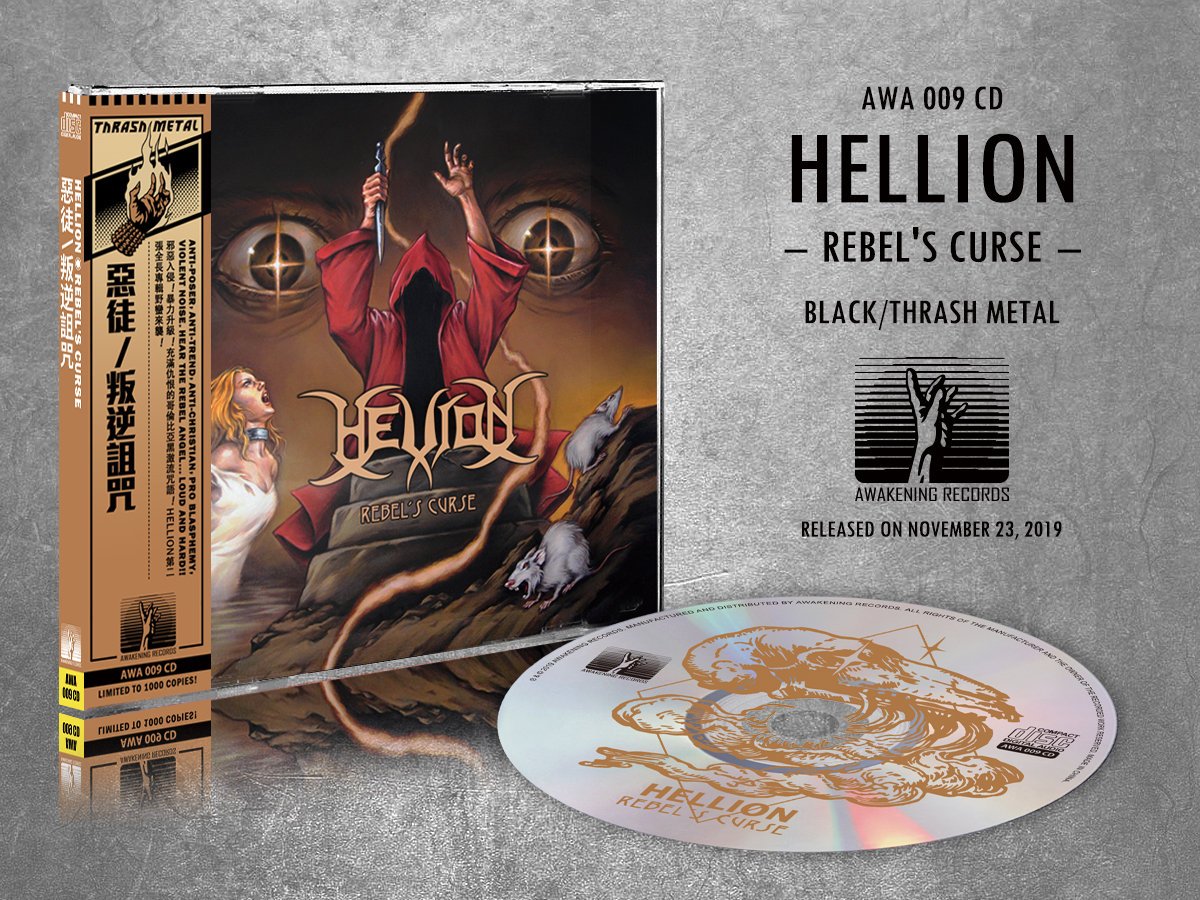