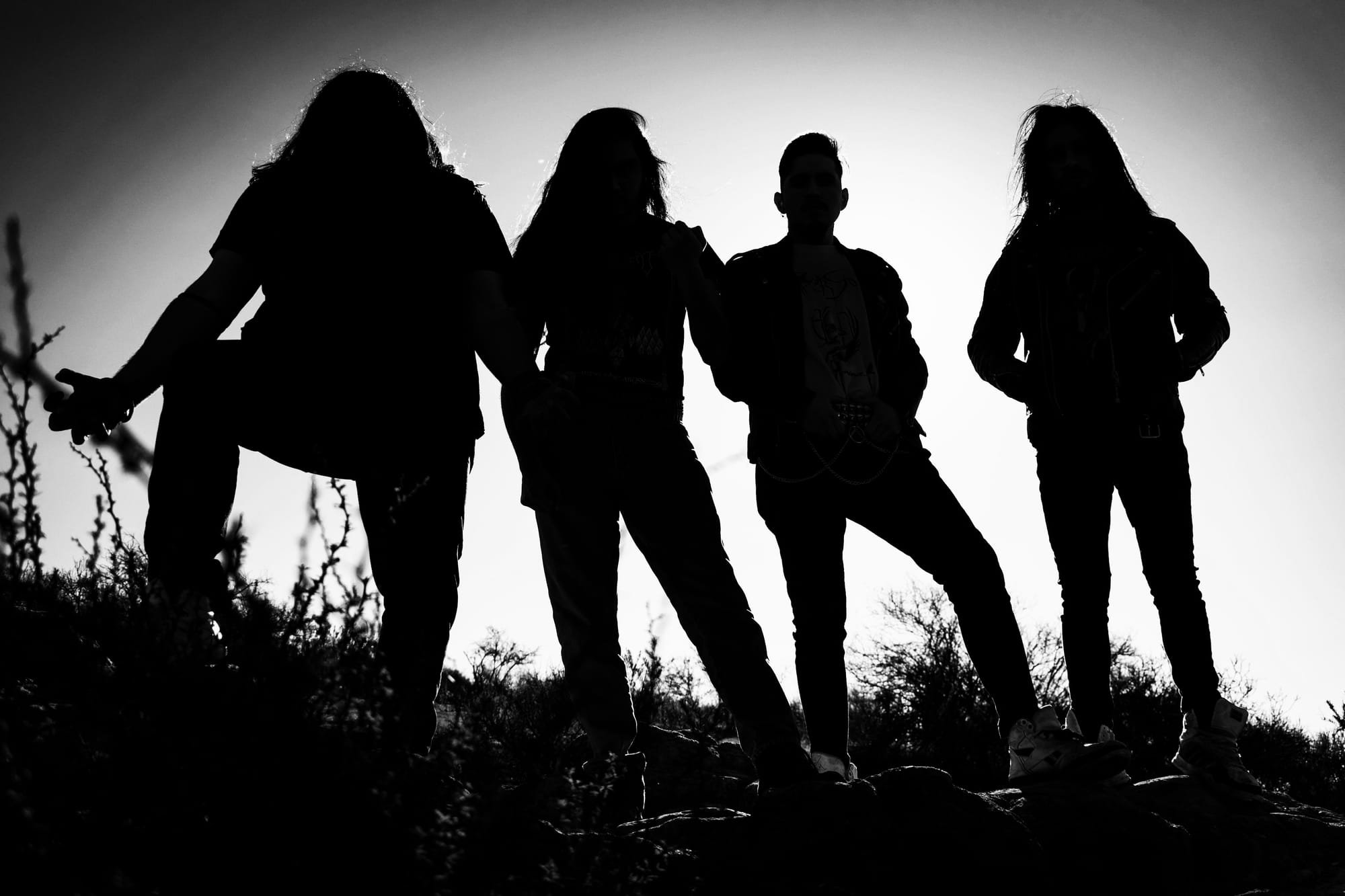 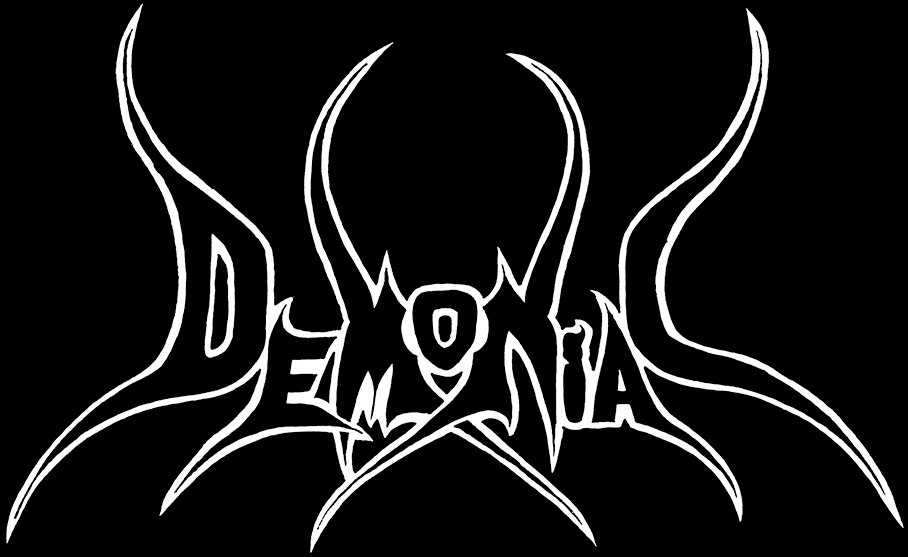 We are a fast and violent Thrash Metal band created in 2011 in the town of Limache (Chile), land of ancient witches. In 2012, we released our first EP “Judgement Of Death”, a vicious Thrash Metal EP, however with a very distant sound of what we do today. In 2014, we released “The Unacceptable Truth” demo and with this work, we would start to find our own sound. In 2017 we released our LP debut called “Intemperance”, which was edited by the German label Witches Brew, a year later the album would be re-edited in cassette format by the Chilean label Dissonant Death. This album had a very good reception and reviews, which would allow us to play in different parts of Chile and opening shows for bands like Violator (Brazil). Recently we released our second album “So It Goes” which I think it’s the best work we’ve ever done to the date, an aggressive album and at the same time, a very risky album, with a 20 minutes length song and with new elements such as a clarinet, which portrays the characteristic Demoniac sound perfectly. Some people have said that (the sound) is Thrash Metal, Blackened Thrash Metal, Prog or even Neoclassical Thrash Metal. For us, is simply violent Thrash! Listen to the album and find out by your own what style is!

In 2020 you have released your album ''So It Goes''. What was the Feedback from your audience as well as from the Press?

Both have been very good. The press has cataloged the album as one of the best of these years, they have even called it "masterpiece" and in general the reviews have all been very positive, press tend to highlight how fresh the album is for the genre. Regarding the audience, it has also had very good feedback, many people have contacted us to get the album or have sent us messages to congratulate us for it. It is very rewarding because we work very hard on the album and at the same time, we take a lot of risk introducing unusual elements for Thrash such as the clarinet or a 20 minute song. 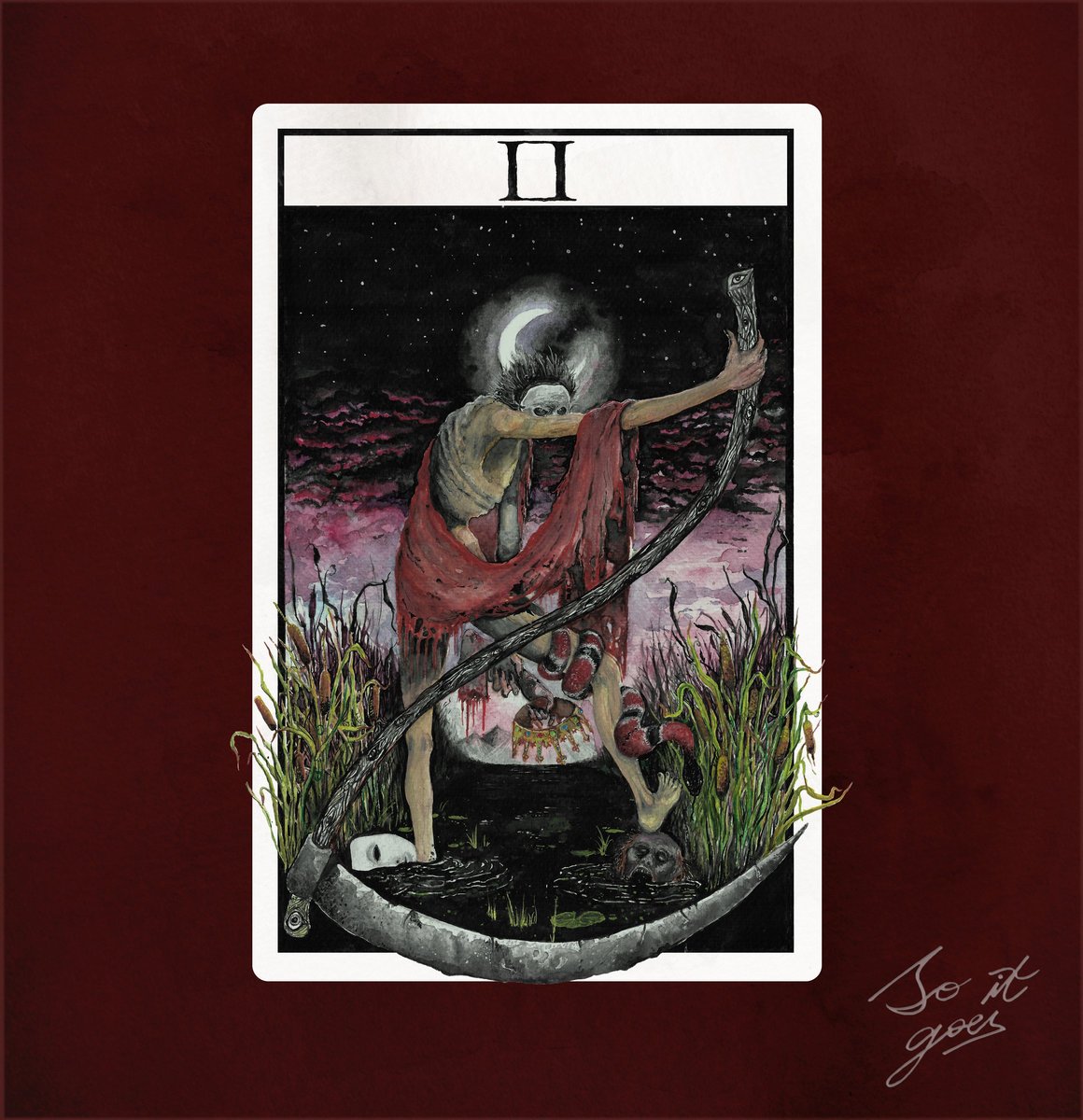 Both of them. We really like having control over our releases, something we hate is being asked for CDs / Tapes and not having any, so for a long time we have tried to supply ourselves with a lot of material from the band or even self-produce some of our releases. However, we have realized that it is very important for us to release our material outside of Chile in order to reach all countries in the world. We in Chile and South America can move our music and spread our own productions, however, a foreign label is very useful to help us with the distribution of our music in other continents such as North America or Europe. This is exactly what we did with our new album So It Goes, in Chile we co-produced the CD and Tape releases with the national labels Suicide Records and Dissonant Death Recs, while abroad Edged Circle Prods has helped us with the distribution in Europe and North America.

Honestly I don't have a favorite one, they all have their pros and cons. Vinyl is perhaps the one that I like the most, however they are much more expensive than a CD or Tape, especially here in Chile, so it is more difficult to acquire music in this format. Secondly, I think it would be Tape but the big problem is that the tapes get damaged with constant use, it is difficult to keep a tape in good conditions over the years. Finally, the CD is perhaps the most accessible format but at the same time the least “romantic” and maybe is the weakest format in terms of esthetic. As I said at the beginning, I do not have a favorite format, I think they all fulfill their function very well.

Your music style is Blackened Thrash Metal. Which are your main influences (Favourite Artists / Bands etc.)

I think the main influence for Demoniac is the Chilean scene. We “feed” ourselves a lot with national bands. We like a lot many Chilean bands so is inevitable being influenced by them, however there are classic influences like Mayhem, Metallica, Sepultura, Sodom, and others more “under” like Negative Plane, Antichrist, Grand Belial’s Key, Sabbat (Japan) and other endless names. The list goes larger for the influences that are not Metal since we listen to a wide variety of styles like Punk, Progressive Rock and other Chilean bands that don’t play Metal. We are not people who listen just Metal, the music we listen as individual is very wide and I think that each thing you listen turns into an influence to some extent, I think that has been a huge contribution to find our own sound and incorporate fresh elements to our music. I’m sure I forgot many bands names, but at least I gave you a general idea about our influences. 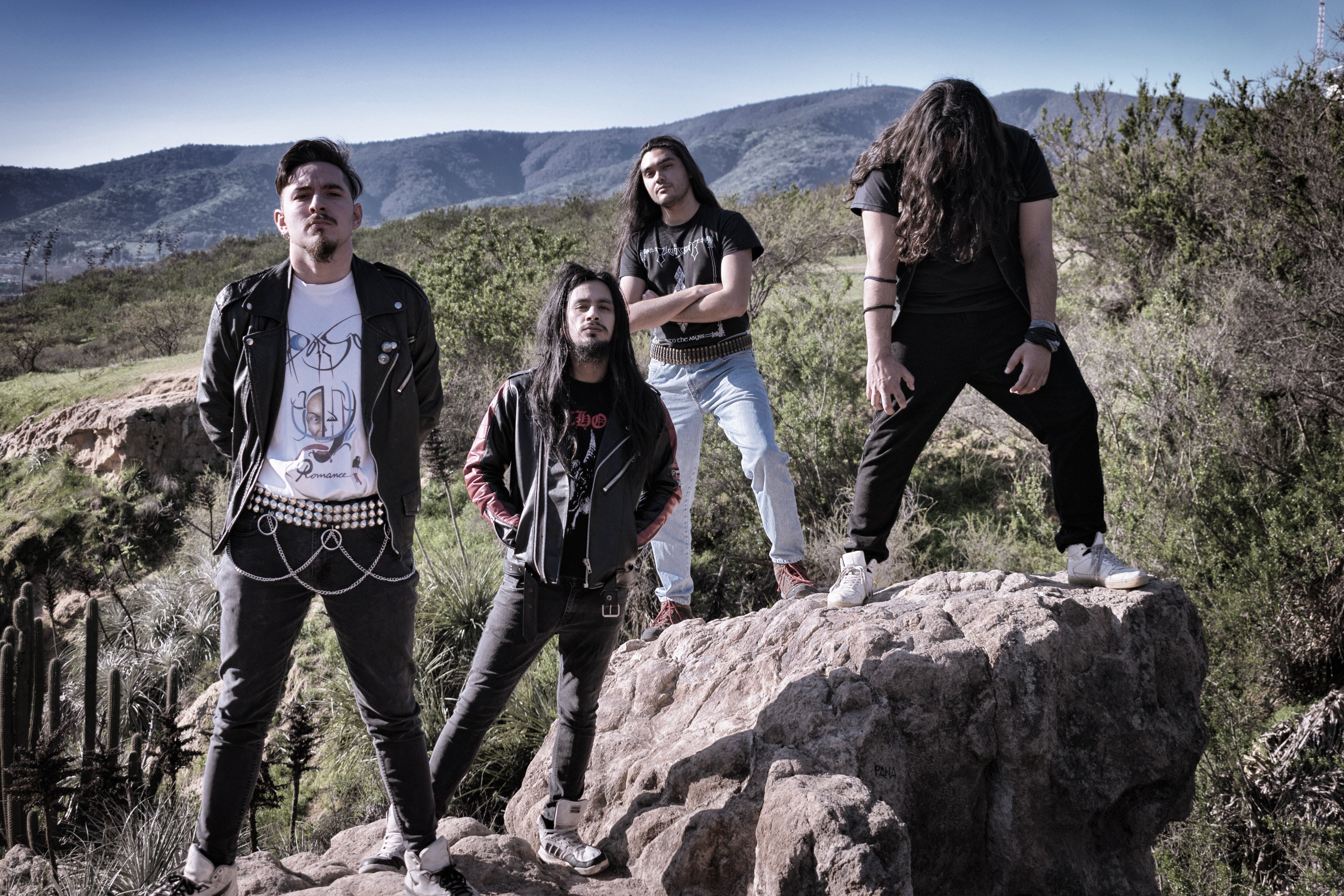 Any band must sacrifice time in order to succeed, of course that can mean sacrificing many other things. I think that to have a successful band you have to work a lot in the band, work on the compositions, the sound, staging and a lot of other things and you also have to learn a lot of things that a band should do by itself, all this takes time. For each one, time is valuable in a different way, so the impact of that will depend on each one.

In line with the previous question, to dedicate time to the band is to stop dedicating time to other things. For rehearsing or playing live we have had to put aside hours of study/work, time with friends or running between obligations of our daily life and metal stuff. Luckily in the band we have managed to find a way of working that fits with our lives, so we don't have many problems with that anymore. Demoniac is a priority in our lives so we can always find a way to spend time with the band.

For us the most important thing about a live show is that the crowd connect with the band and get infected with the violence of the band, so in that sense our ideal show is one where there is a constant and giant mosh in the crowd. We have had some very good shows, to mention a few I would say that time we played with Violator (Brazil), or when we shared stage with Ripper, Dekapited and Evil Madness. Both shows were of very good production with big crowds along with the necessary amount of violence! However, we also enjoy a smaller show, as long as there is violence! 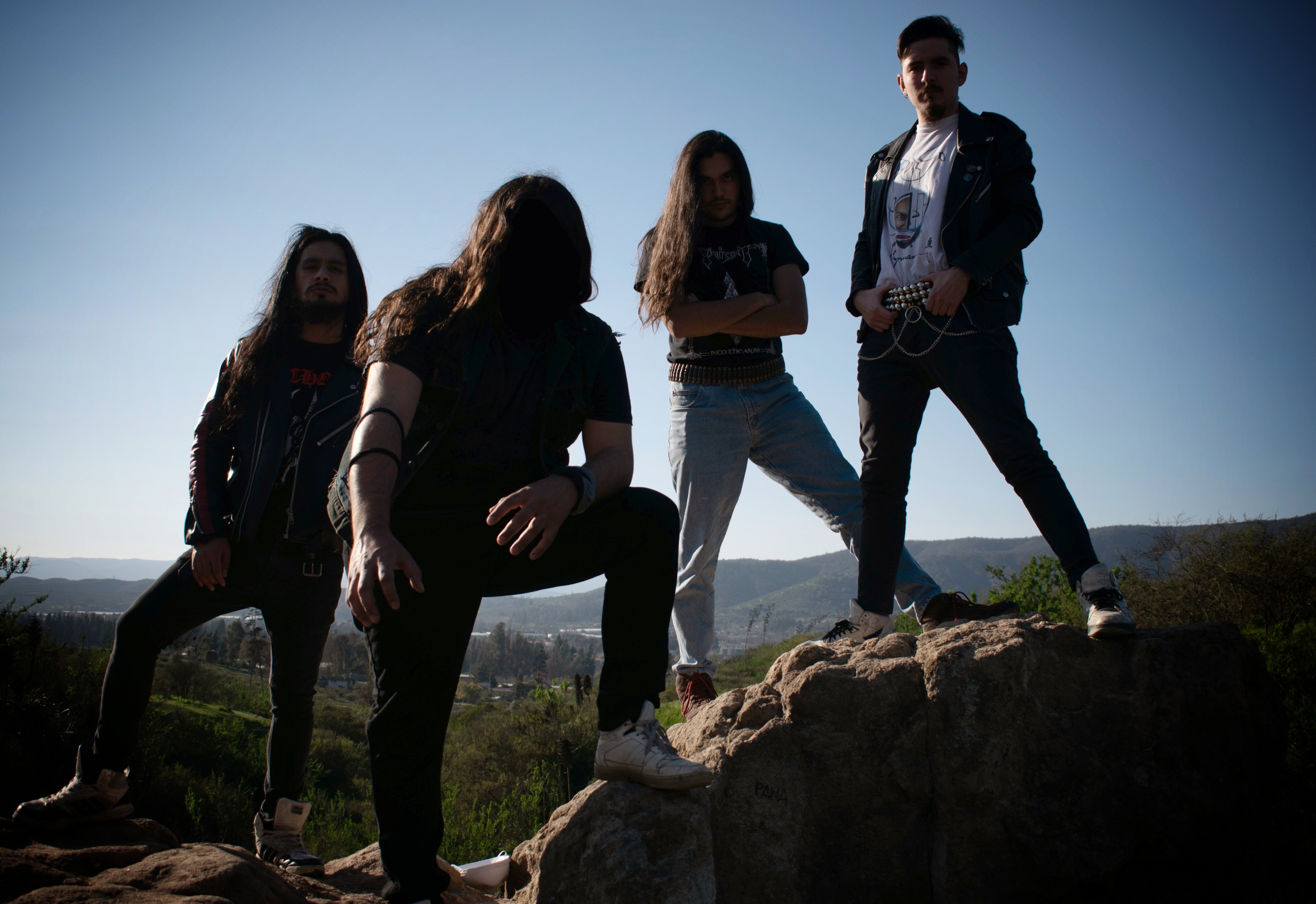 There are infinite Thrash bands and sometimes it happens that when you want to discover new bands you come across a thousand bands that sound the same or with ideas that are almost 40 years old. I think each band should add a bit of their own creativity to the music, try to find their own characteristic sound, so that when listening to it you can recognize that band instead of confusing it with a lot of other bands. We like violent Thrash Metal with a classic sound, however that doesn't mean we don't like new elements. These elements can be in the compositions, lyrics, aesthetics, staging, etc. Each band must find its own differentiating element from the rest and thus contribute to a genre that sometimes falls short of creativity.

I think that one band should not stay only in digital platforms or only in physical formats, I think both are useful for a band since the audience in certain places behaves differently from others. In South America people do not usually buy digital music, while in North America and Europe it is very popular for people to buy full albums digitally through platforms like Bandcamp. So I think today both ways are necessary and useful for a band. Answering your question, I think that digital platforms do help bands (of any style) both to make themselves known and to have some income to pay expenses. The best way to promote yourself? Make metal (or music) that blows minds and destroys eardrums! 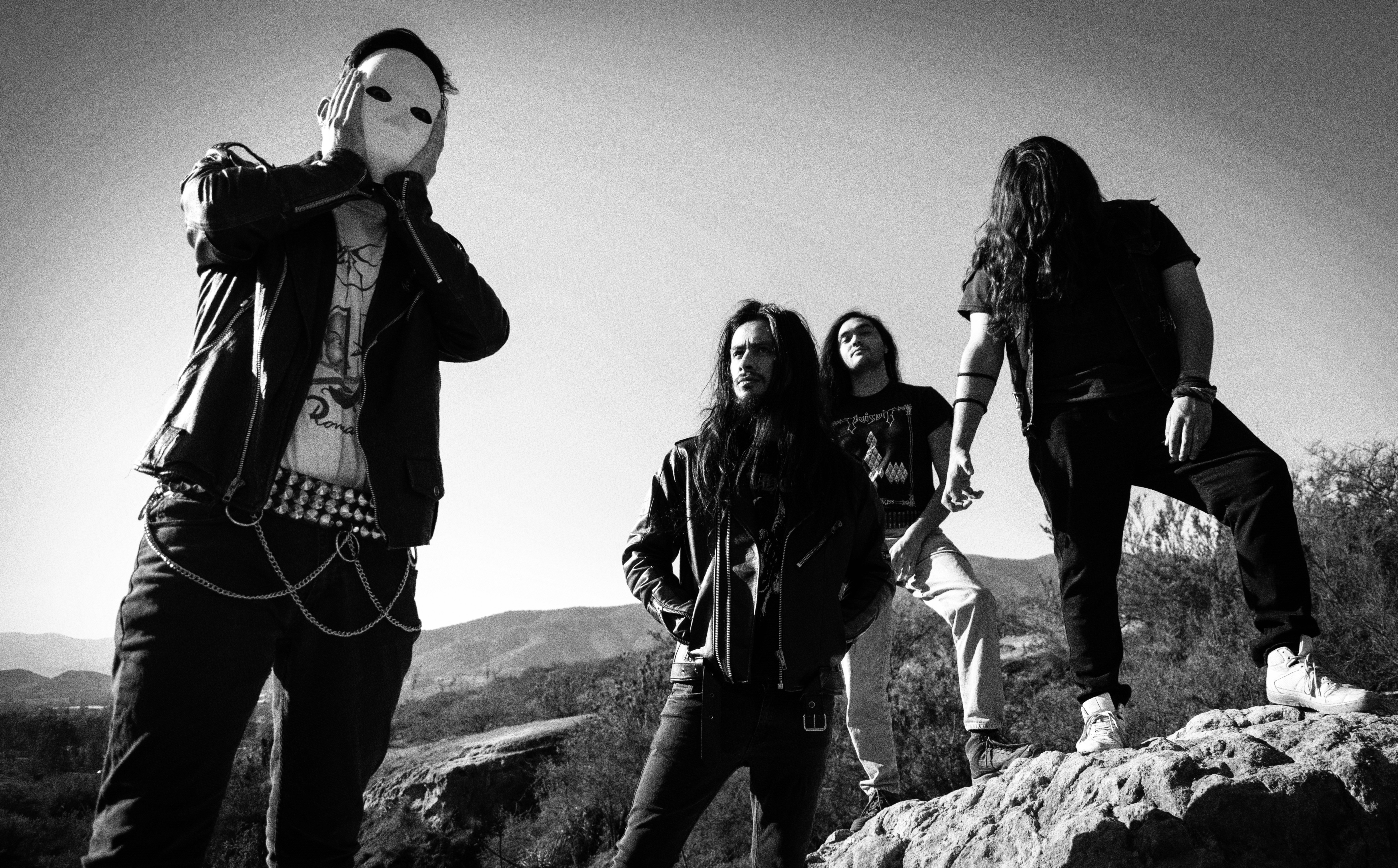 There is a great metal scene in our country. Currently the scene is very alive and every year there are better bands, better shows and more people attending the events. If you like Chilean metal give a listen to the following bands: Ripper, Critical Defiance, Parkcrest, Solipnosis, Necrolatria, Asedio, Sign of Evil, Thirsty Demon and the list could be much longer.

I really don't know much about the scene in that country, however we do hear some bands from such lands as Varathron, Kawir or Naer Materon. I find it very interesting when bands mix metal with elements from their lands and the culture of Greece is very interesting, so it's a very good combination.

We are already working on a future third album. We also hope to be able to play live again soon, play in different parts of our country and outside of Chile.

Thanks for your interest in our music! Listen to our new album and die!!!! 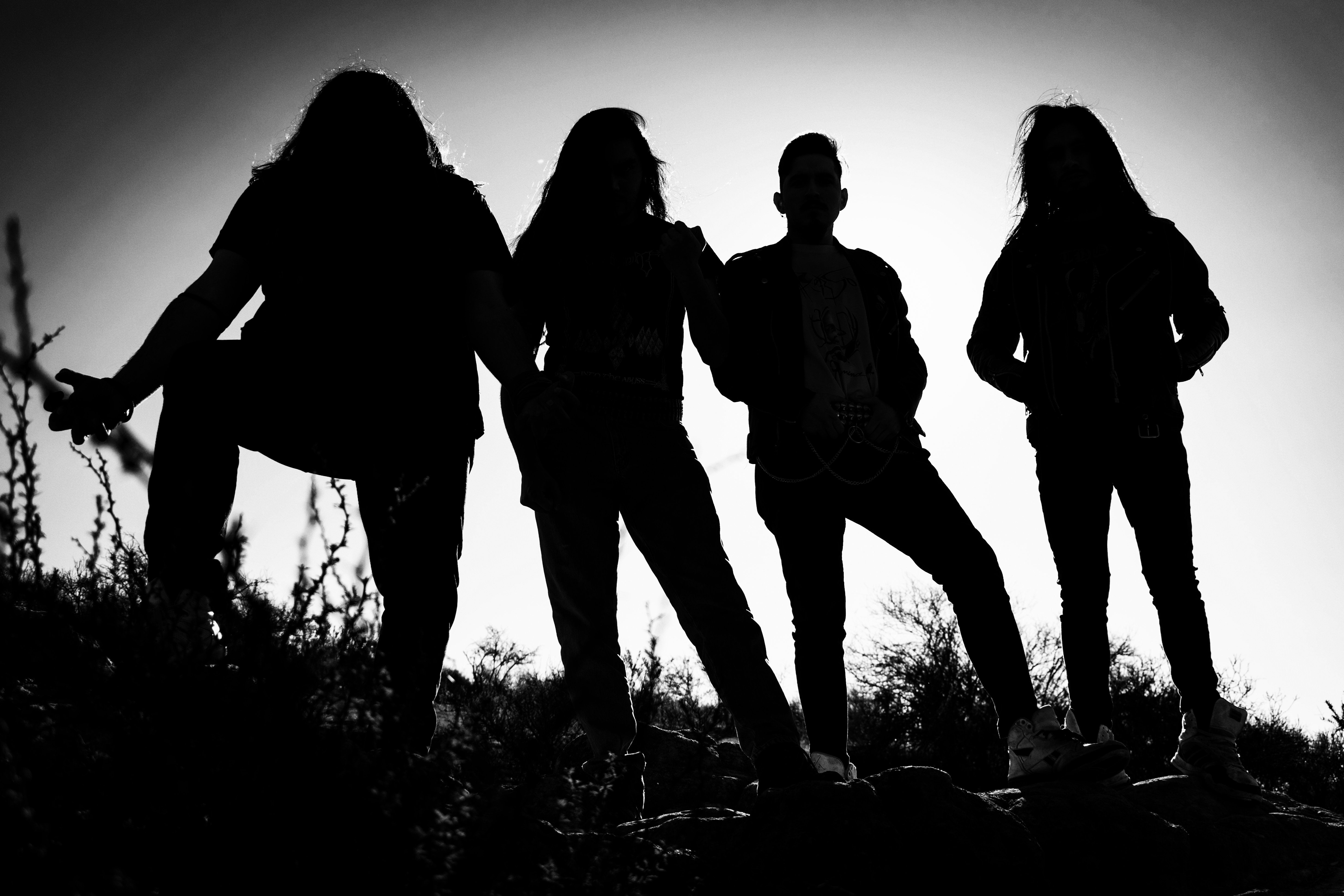 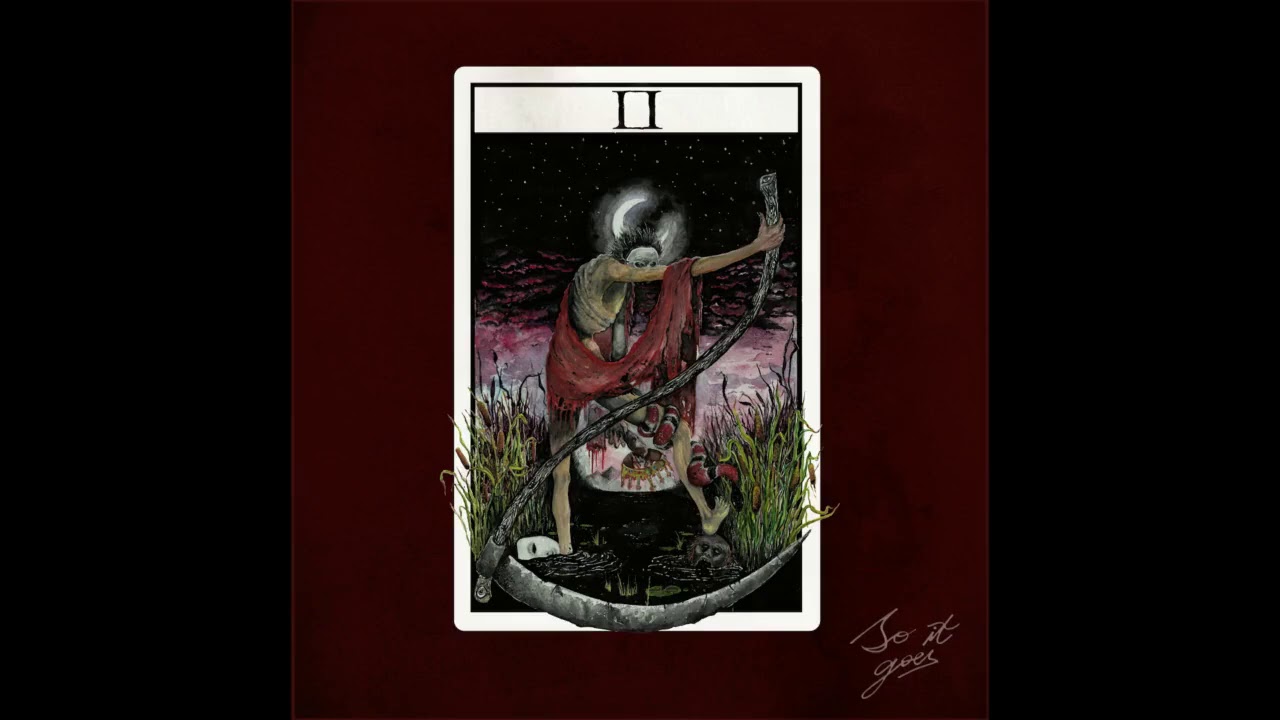