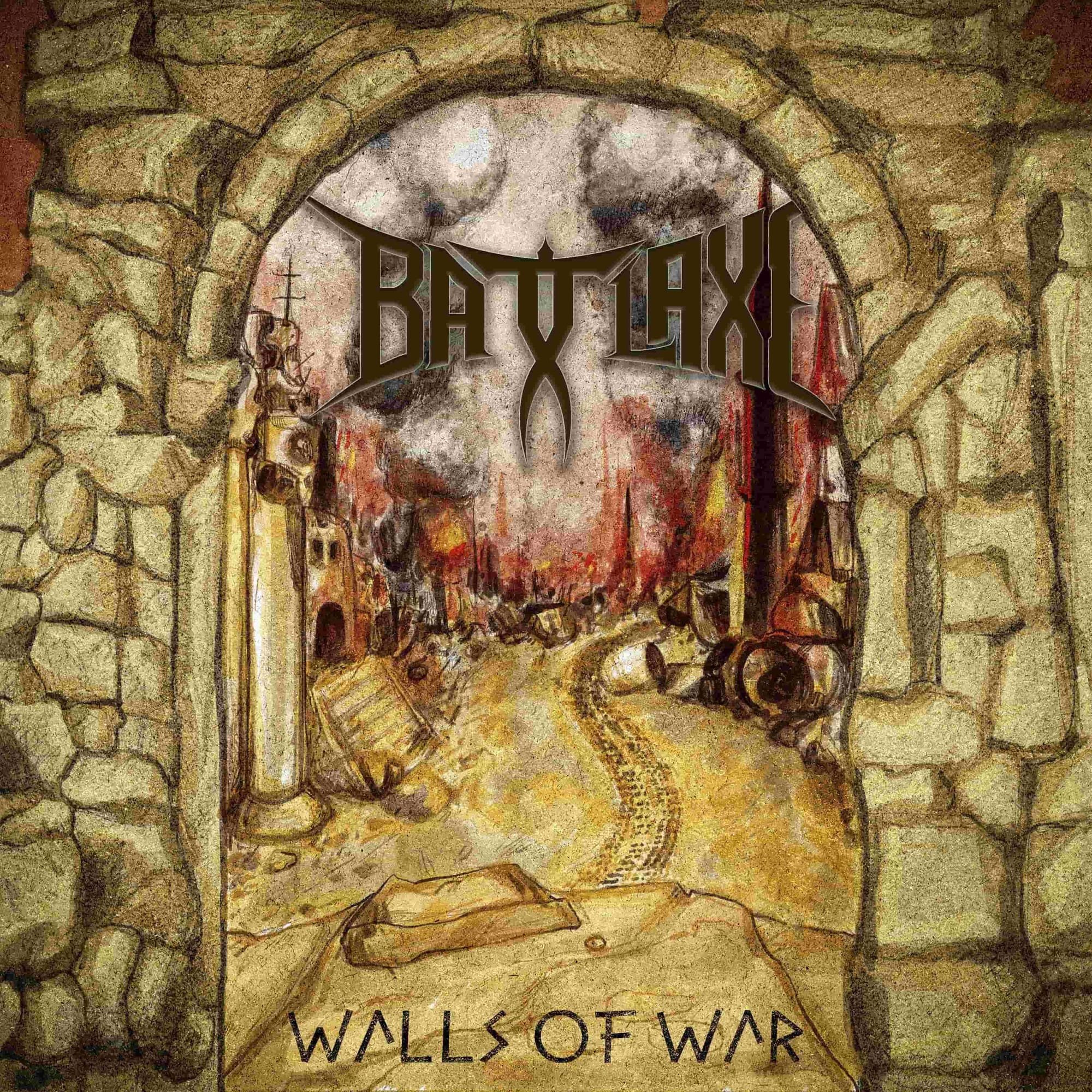 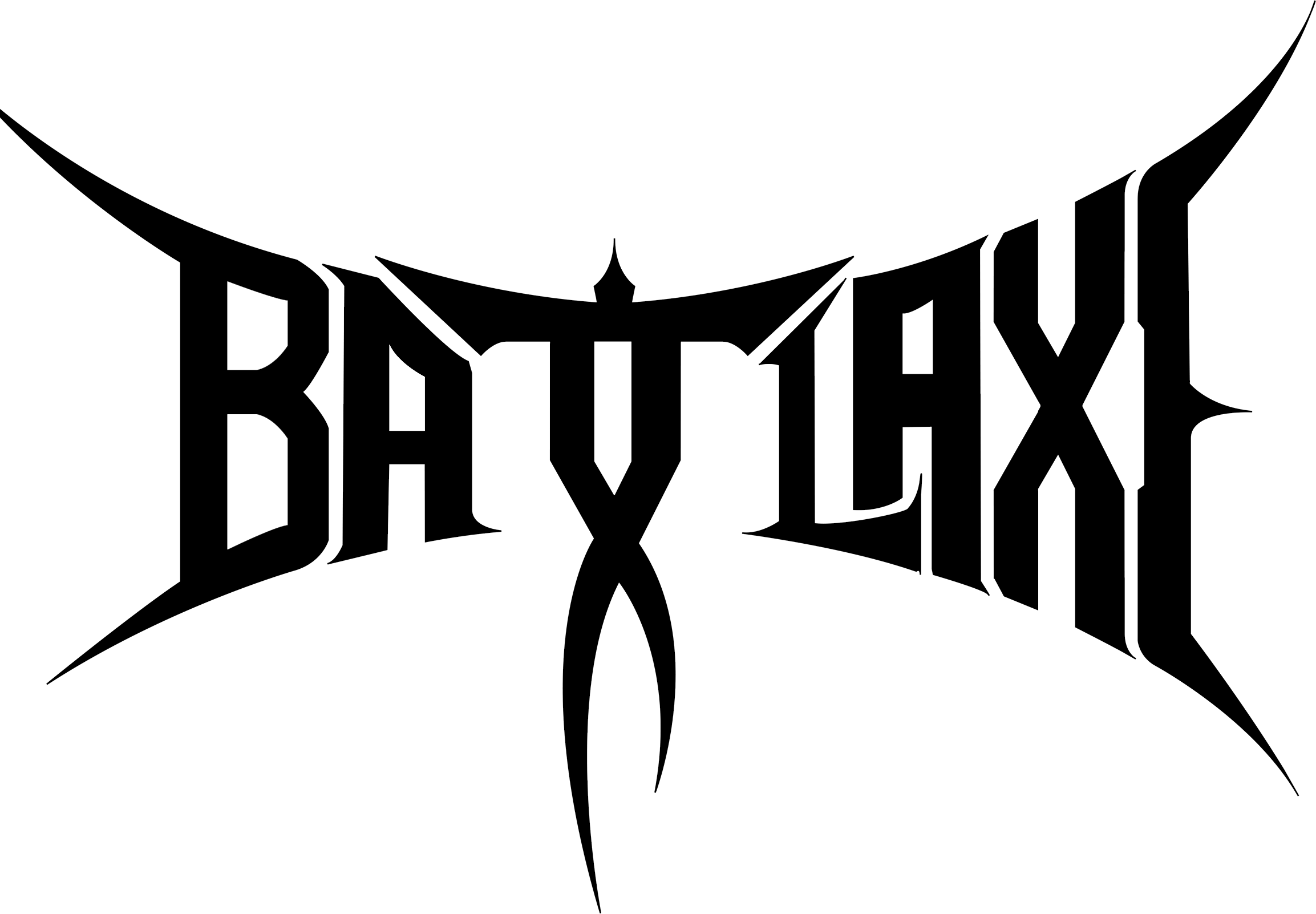 Welcome to the FILTHY DOGS OF METAL Webzine.
Tell us a few things about BATTLAXE (Members, Starting Year etc).
The band was formed in 2018 by Wissam Al Baltaji as Lead & Rhythm guitarist and Dio Al Miqdad as Bassist & Drums programmer, in 2019 Battlaxe entered the studio to record its debut EP, collaborated with Charbel Haddad as a session vocalist during the time, that he later became officially the vocalist of the band, and by the end of 2019 Jake Shuker joined the band as Lead guitarist and despite that we still have to find a drummer and we'll call it a draw.

In 2019 you have released your EP ''Walls Of War'. What was the feedback from your audience as well as from the press?
When Battlaxe was created it was a blurry project with no direction or intention to be a band, so technically the EP was just a bait in the ocean. Surprisingly the feedback came positive as we've received many emails from local metal bands and reviewers / bloggers cheering us to proceed forward and demanding more materials. Label or DIY and why?
Walls of War was 100% DIY straight from our pockets, we were on a tight budget and despite all the difficulties that we've faced, we were able to publish it on all music platforms as we also released a couple of physical copies. But that doesn't mean we are against signing with a record label, we're currently working hard on our online presence cause nowadays due the pandemic, we believe this is the only way that might get us a label for our future release.

Do you prefer Vinyl, Tape, CD or Digital Format and why is that?
Wissam Al Baltaji: Personally, when I am at home, I prefer vinyl, but we can't deny that digital format is the future.
Dio Al-Miqdad: I vote for Digital.
Jake Shuker: I prefer CDs. 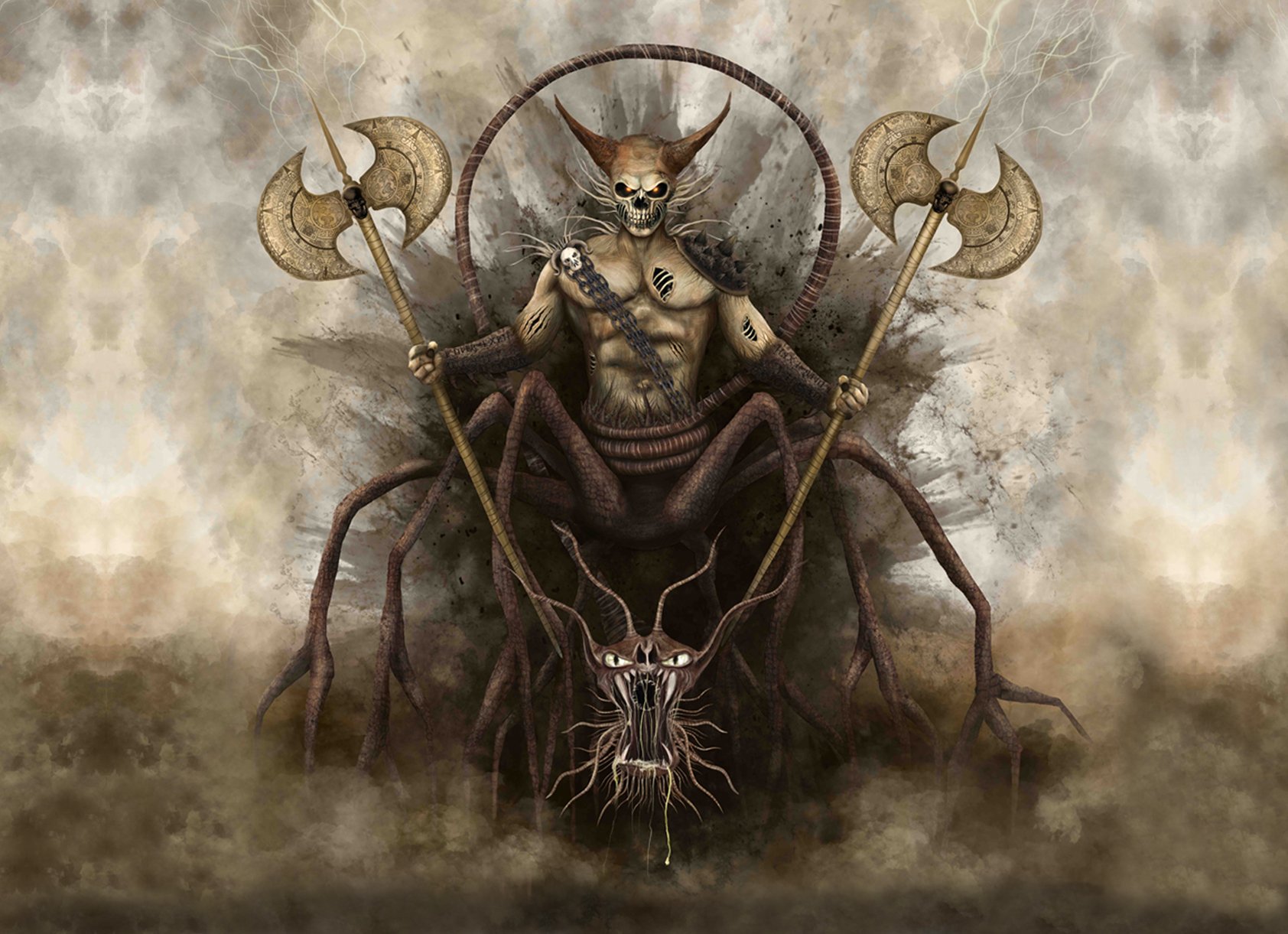 Which things, do you think, a Band should sacrifice in order to succeed? Have you ever sacrificed anything in your life for a better future of your Band?
We as bands from the Middle East, it takes us ten years to achieve standard exposure while western bands takes them half of the time, and that's due to the lack of interest in this kind of music. It took us to put things like studying, or moving out of your place just in order to jam a little bit, not to mention the horrific situation we had to bare during the war as metal music was banned, we had to sacrifice the most precious thing, the feeling of safety.

Describe your ideal live show as a performance Band. Have you already experienced that?
Unfortunately no, we have not hit a stage yet, due to the pandemic. An ideal show would be a show that consists of all the elements, and to be a show to remember, so it must depend on a good organizer. :p

Which attributes, do you think, that a new Thrash Metal Band should have in order to gain identity and be unique?
To have identity, simply. A band gets successful when it has a unique identity.

Do you believe that Bandcamp and other Digital Platforms help the new Thrash Metal Bands? Which, do you think, is the ideal way for a Band to promote its work?
Yes. They are the platforms of the future. So it would be stupid to ignore them. They help us in building a fanbase internationally. We use Bandcamp. 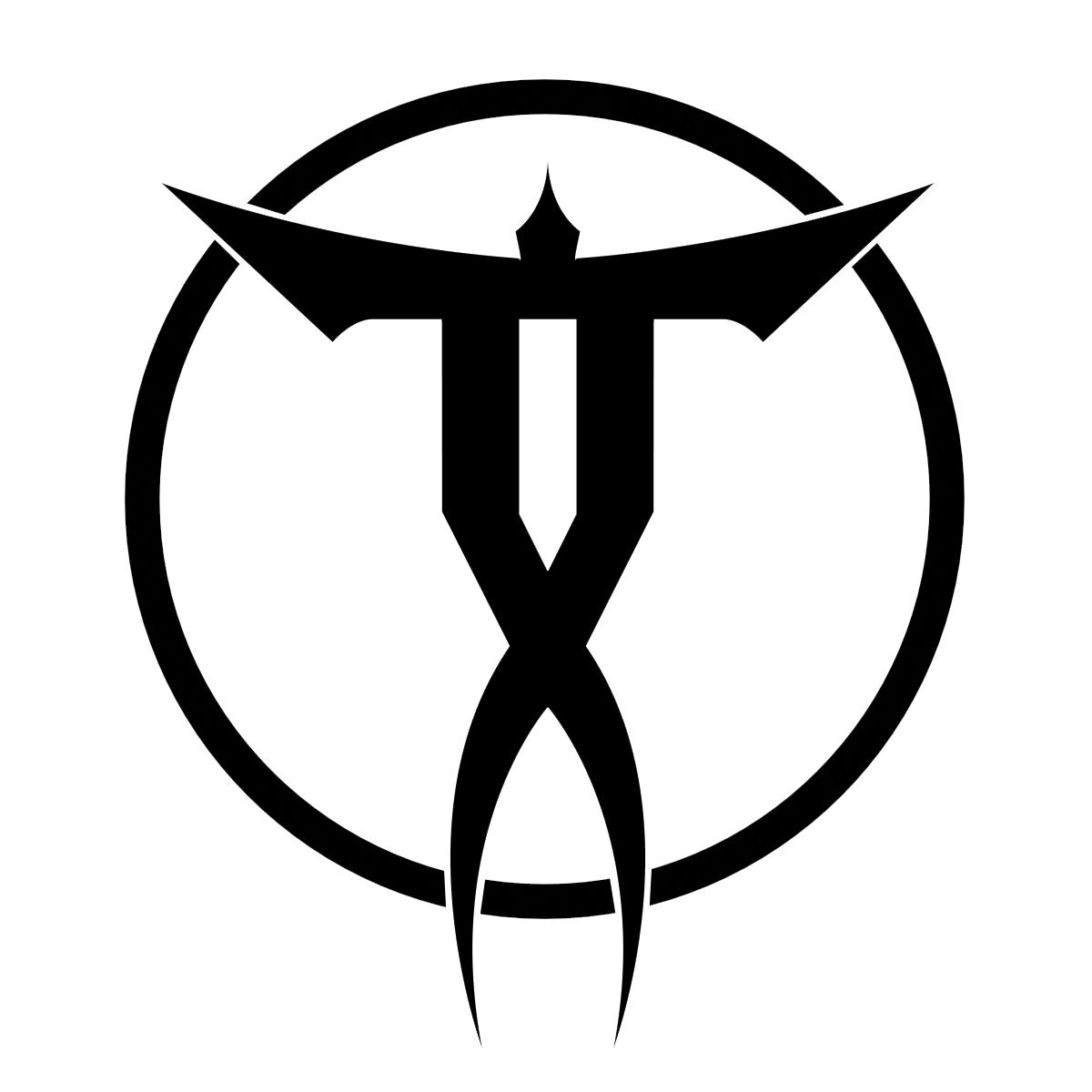 Tell us a few things about the New Underground Metal Scene in Lebanon (Bands, Fanzines, Webzines, Metal Clubs etc.)
The thrash scene in Lebanon is great. We have big bands such as Blaakyum, Damage Rite, Death Tribe.

Do you know anything about the Hellenic Metal Scene?
We like Septicflesh for sure \m/

What are your future plans?
We are currently working on our first album and its almost done as we're planning to release a single from the album very soon. Beside that we are working hard to get couple of gigs locally in order people to know us and to establish a fanbase.

Thank you very much for your time & Keep up the good work! The closure is yours.
Thanks for interviewing us! Hail to all Thrashers, Hellraisers and Lunatics! Keep metal horns up in the air and stay thrash! 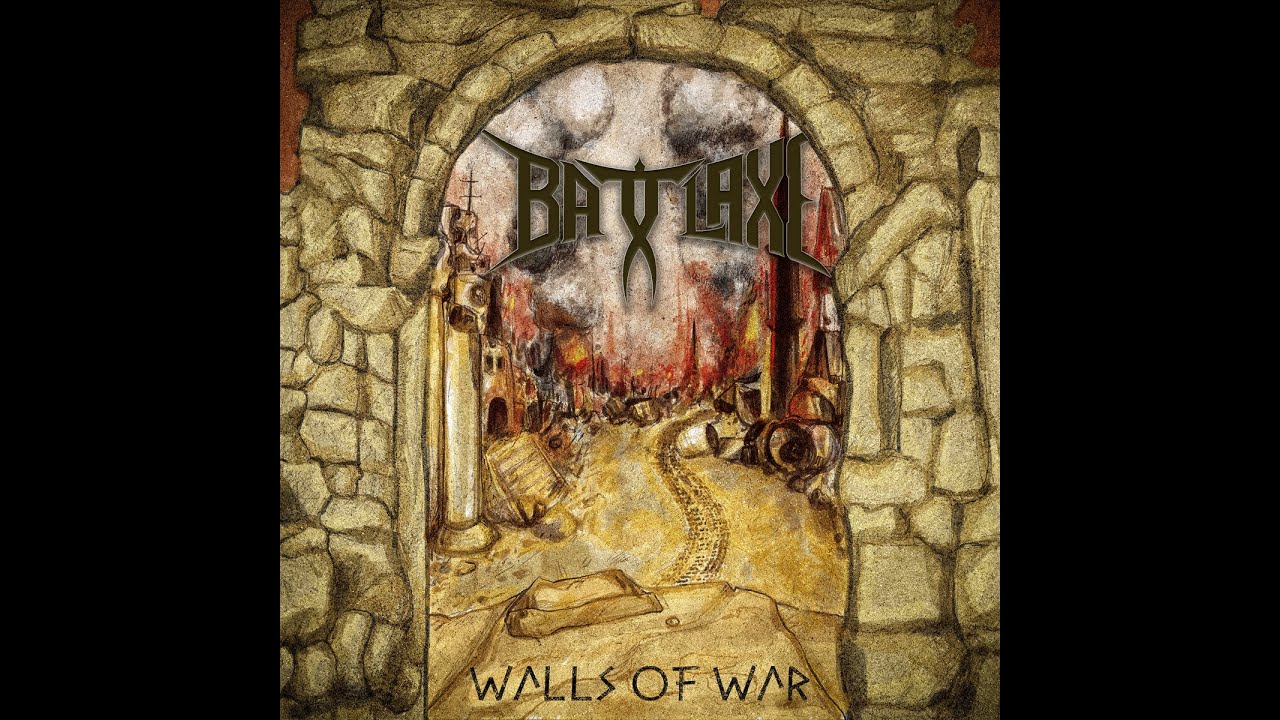