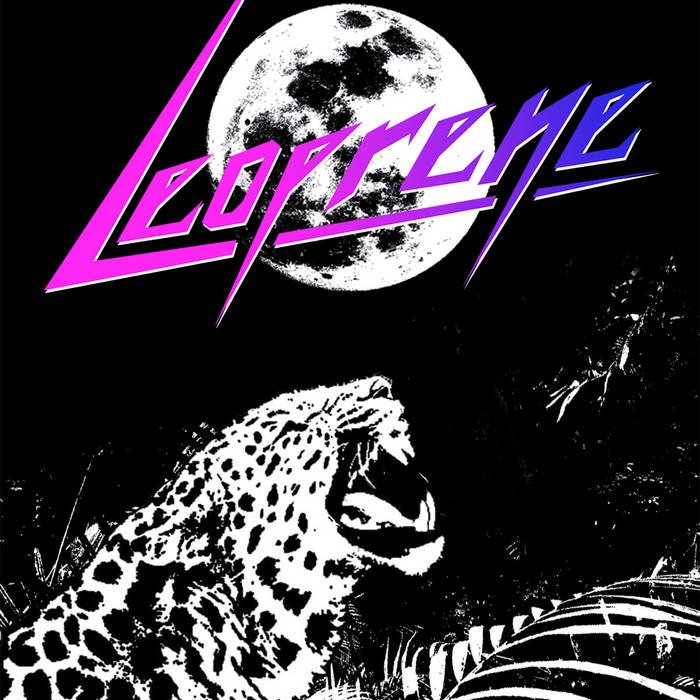 We had a conversation with Nici (Guitar). Enjoy!

Welcome to the FILTHY DOGS OF METAL Webzine.
Tell us a few things about LEOPRENE (Members, Starting Year etc).
Hello, and thank you for reaching out to us! We are Leoprene from Leipzig.
The band has its origins in a late night conversation between me and former guitarist Franz about starting an 80s Heavy Metal band. We high fived and the idea of the band was born. That was probably in early 2018. We started writing songs and over the years we found more members until we had a full line-up in 2020. That year Franz also quit the band and was replaced by Joyo. This year we recorded our first EP, which was released in November. We haven‘t played live yet, but we hope to make up for that next year!

You have recently released your EP ''Leoprene''. What is the feedback from your audience as well as from the press?
Well, being that we haven‘t had the chance to play live yet, or any other public activity yet, our audience consists mostly of our friends who probably wouldn‘t have said anything bad about it anyway, haha. But thanks to the internet, we do see that people from other countries are showing some interest. How they found out about us, I have no idea, but of course we appreciate it a lot.

Label or DIY and why?
We released the EP ourselves this time. I don‘t have anything against working with smaller labels, there‘s certainly advantages to that as well, for example they would be able to distribute it more widely, but it never really came into considereation this time.

Do you prefer Vinyl, Tape, CD or Digital Format and why is that?
I like digital because it‘s possible to distribute all over the world without any extra costs, and it‘s easy to share and bring wherever you need it. Vinyl and tapes are nice as well, but in the end they‘re just pieces of plastic. People should just enjoy music in whatever format is convenient for them.

Your music style is Heavy Metal. Which are your main influences (Favourite Artists / Bands etc.)
The Main influences would probably be early Heavy Metal Bands like Iron Maiden, Judas Priest, Dio and so on. Sometimes I‘ll hear an interesting Riff from another type of Band, like a Hair Metal Band, and incorporate something similar into our music, even if I don‘t want us to sound like Motley Crue. Joyo the other guitar player is also really into that style as well. And we both like punk and crust. I don‘t know how much that influences our music, but we have some faster songs as well that will probably make it onto a future release. Lyrically I think we have more in common with punk bands than with your typical metal band as well, with lyrics about class war and revolutionaries and songs against racism and bigotry.

Which things, do you think, a Band should sacrifice in order to succeed? Have you ever sacrificed anything in your life for a better future of your Band?
Hmm, I‘ve never thought of it like that. I guess it takes a lot of time, to practice, to write, to get five people in a room at the same time. But in the end we make music because we enjoy it. And if we didn‘t have this band, we would probably spend the same time on other hobbies.

Describe your ideal live show as a performance Band. Have you already experienced that?
I like small stages where we get to be close to the crowd. As long as the atmosphere is nice and the people are into it and having a good time, I don‘t think it matters that much how big the venue is. But I‘ve never played anywhere really big so I can‘t really tell how it is to be on a big festival stage or something like that.

Which attributes, do you think, that a new Heavy Metal Band should have in order to gain identity and be unique?
I think the most important is to consistently write good songs and have good live shows. Sure it‘s great when bands come up with something new and unique, but if the songs aren‘t good, I at least, will lose interest quite fast. As for this band, I think we‘re still finding our sound.

Do you believe that Digital Platforms help the new Heavy Metal Bands? Which, do you think, is the ideal way for a Band to promote its work?
Yes. The internet is great for finding new bands and spreading music! It has made it much easier for unknown bands without a budget to get their music out there, and you can do it all by yourself if you want to. But I think there is a downside as well, as the abundance of new music available at our fingertips every day, can make it hard to stand out.

Tell us a few things about the New Underground Metal Scene in Germany (Bands, Fanzines, Webzines, Metal Clubs etc.)
I actually don‘t know so much about the current Metal scene in Germany, as my background is in the punk scene. But there are a a few currently active bands I like, like Stallion, Tension and Indian Nightmare. Also Operation Volkstod is good if you‘re into Black Metal.  I can tell you that crust punks certainly love some Heavy Metal, and there have been quite a few Metal bands playing in the the punk venues in the former squats here in Leipzig. And those shows are mostly really good, and often have a good mix of people from different scenes.

Do you know anything about the Hellenic Metal Scene?
I have to admit I know almost nothing. I don‘t think I don‘t even think I‘ve ever heard a Rotting Christ song. The only band I know is the Thrash Metal band Abusive from Thessaloniki.

What are your future plans?
Survive the pandemic, so we can finally get out and play some shows!

Thank you very much for your time & Keep up the good work! The closure is yours.
Thank you very much Filthy Dogs of Metal for showing interest in new and underground bands like ours, and to all the readers who made it this far. Cheers!