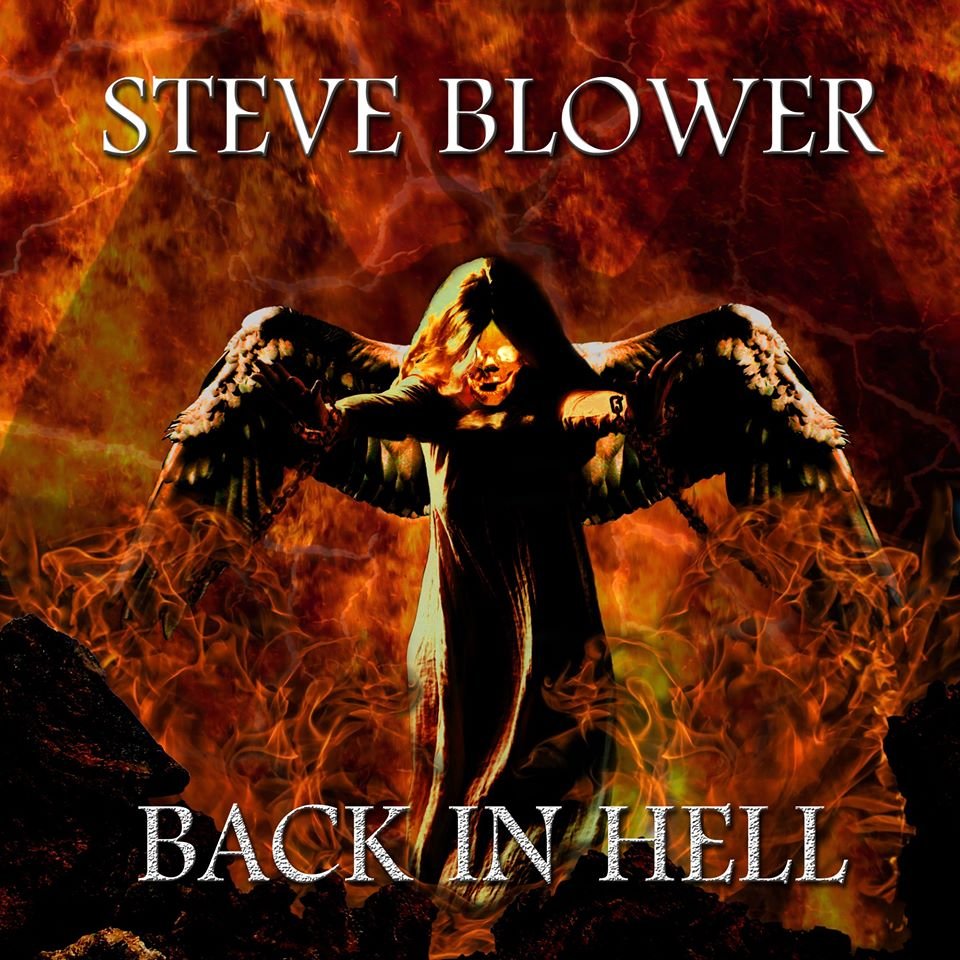 We had a conversation with Steve Blower.Enjoy!

Welcome to the FILTHY DOGS OF METAL Webzine.
1. Tell us a few things about STEVE BLOWER (Members, Starting Year etc).
The solo project happened last year after my band of 14 years, Hamerex,
was put on indefinite hiatus after the drummer and bass player quit and I decided to do a solo album after a couple of months, using a bunch of old unused material I had lying around from about ten years ago.
It's just something where I did all the music and vocals without having to worry about other people being involved, and something I wanted to have fun with and keep it raw and rough around the edges,
but I wouldn't rule out putting a band together in the future as it would be nice to take these songs in to a live environment.

2. You have recently released your new Album ''Back In Hell''. What is the Feedback from your audience as well as from the Press?
It's been quite overwhelming at times to be quite honest.
I was in quite a low place mentally when I decided to do the solo album and some of the Hamerex fans that followed over have been incredibly supportive and I've gained some new ones since and it's been quite incredible.
Critically it's been mostly positive as well and its flaws have been pointed out, which is fine.
It's not meant to be perfect as heavy metal I don't think it meant to be a polished genre, though I did work really hard to get everything sounding as good, as tight and as in tune as possible.

3. Label or DIY and why?
I think there's benefits to both, obviously a label, a major at least, you do tend to get the financial backing,
but also the pressures of having to pay everything back, but on the DIY side you don't have those pressures but the funding for albums,
if you work in a studio, the printing, the promotion, it's much tougher and getting the publicity and building a following is much harder.
But, if you have the equipment to do it yourself, you can record a decent sounding album like I've managed to do.

4. Do you prefer Vinyl, Tape, CD or Digital Format and why is that?
I think I prefer CDs, though I grew up with vinyls as well, and I would absolutely love to release something on that format but it's never been financially viable to do so unfortunately.
Being realistic I don't have the following, at the moment at least, where I'd be able to put the money in to getting vinyl's printed and then being able to sell them all.
Maybe one day though. As for why, I think, even though digital is probably the most convenient to play something, I like to actually own a copy of something I love, to have the artwork and the lyrics in the booklet to read and look through.
I also love vinyl for that, but I think personally it's more for collectible purposes, especially looking on the Iron Maiden records at all the details in the artwork in large print.

5. Your music style is Heavy Metal. Which are your main influences (Favourite Artists / Bands etc.)
My two biggest influences would be Iron Maiden and Metallica.
But I also draw influences, depending on the song I'm writing or what ever ideas spring to mind, from bands such as Black Sabbath, Judas Priest, Slayer, Megadeth, Testament and W.A.S.P., among many others.

6. Which things, do you think, a Band should sacrifice in order to succeed?
Have you ever sacrificed anything in your life for a better future of your Band?
I think the obvious one would be family time and being at home. As I've really only been in a smaller band, granted for 14/15 years, I haven't really had to sacrifice anything thus far.

7. Describe your ideal live show as a performance Band. Have you already experienced that?
I've done some great gigs with Hamerex over the years.
Not had the opportunity as yet with the solo project, but I think the ideal live show would be having an audience there for you,
to feed off of their energy to put on a better show and have them feed off of your energy in return so everyone is having fun and a good time, hopefully making it a memorable night.

8. Which attributes, do you think, that a new Heavy Metal Band should have in order to gain identity and be unique?
I think first and foremost is always have some good music as that's what I believe it's all about.
Some sort of gimmick usually attracts attention and adds to or helps create an identity, such as say Iron Maiden having Eddie, Judas Priest in full leather or off the top of my head, that Ned Flanders themed band,
Okilly Dokilly I think is the name, where they're all dressed as the character. I know a lot is in standing out in a fashion or clothing sense, which in honesty is not something I'm particularly a fan of, but it does seem to help.

9. Do you believe that Bandcamp and other Digital Platforms help the new Heavy Metal Bands? Which, do you think, is the ideal way for a Band to promote its work?
I believe Bandcamp is very helpful and I find it a very fair platform to promote and sell your work.
In particularly with Back in Hell, I've found it to be incredibly useful as it's attracted new fans in Europe that never would've discovered my music otherwise, even in the US and India.
I find some of the streaming platforms useful also, as again, you do tend to get some people stumble across your work and become a fan from it, but I don't find the payments to artists per stream to be particularly fair.

10. Tell us a few things about the New Underground Metal Scene in UK (Bands, Fanzines, Webzines, Metal Clubs etc.)
In honesty, I have kind of strayed out of the Underground scene in the UK to a degree the passed year or so,
as I found it quite hard after Hamerex went on hiatus seeing other bands touring and releasing new music so I pulled away a bit while I tried to get over some of those issues I had at the time.
But with doing promotion for Back in Hell and looking back at some of the bands I've played with in the past and discovering some online,there are some great bands out in the UK at the moment; Promethium, Aonia, Traitors Gate, Dream Troll to name a few and a fair few old school metal style bands along the same lines as what I've been doing.
Unfortunately, I'm also aware of quite a few bands that have also called it a day over the last 12 months or so, whether it's down creative differences from within or the financial strain of touring.
Some areas also have a thriving metal scene where others have pretty much died off down to venue closures.
There's some great radio shows that I've had the pleasure of sending music to and listening to them when I can, as they do play bands from around the world, not just your major bands but underground too.

11. Do you know anything about the Hellenic Metal Scene?
I don't actually, sorry.

12. What are your future plans?
I've already started work towards the follow up to Back in Hell, which I've had some issues so I'll be starting it again from scratch in the new year.
I also have material for up to three more albums after the next one so hopefully I can get a fair bit of music out over the next few years or so.
Whether a band comes together in the meantime, it'd be nice at some point so we'll see.

13. Thank you very much for your time & Keep up the good work! The closure is yours.
Thank you so much for asking me and I'm glad you like what you've heard.
I also want to thank everyone for the support over the passed year or so. I'm eternally grateful for that and I hope you're looking forward to what comes next.
Thank you. 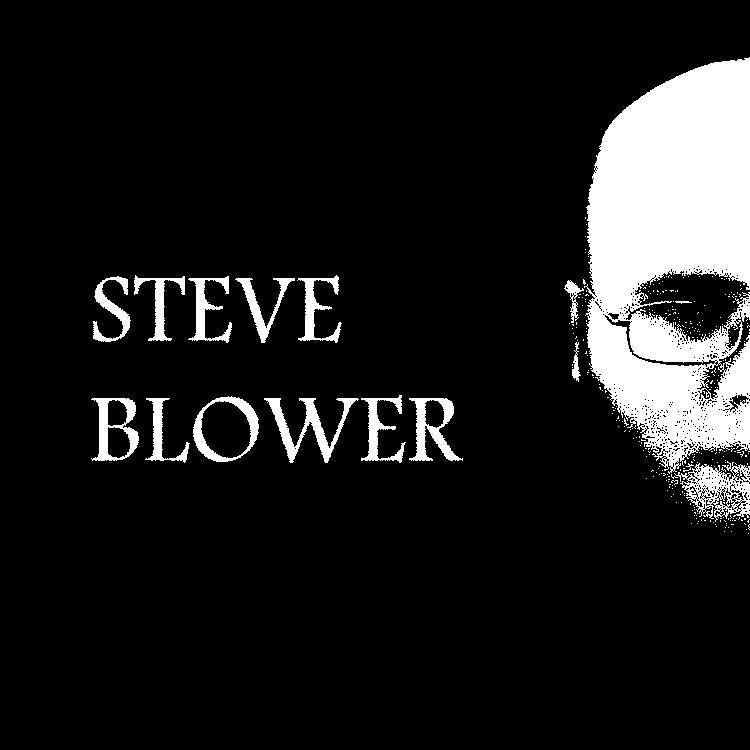