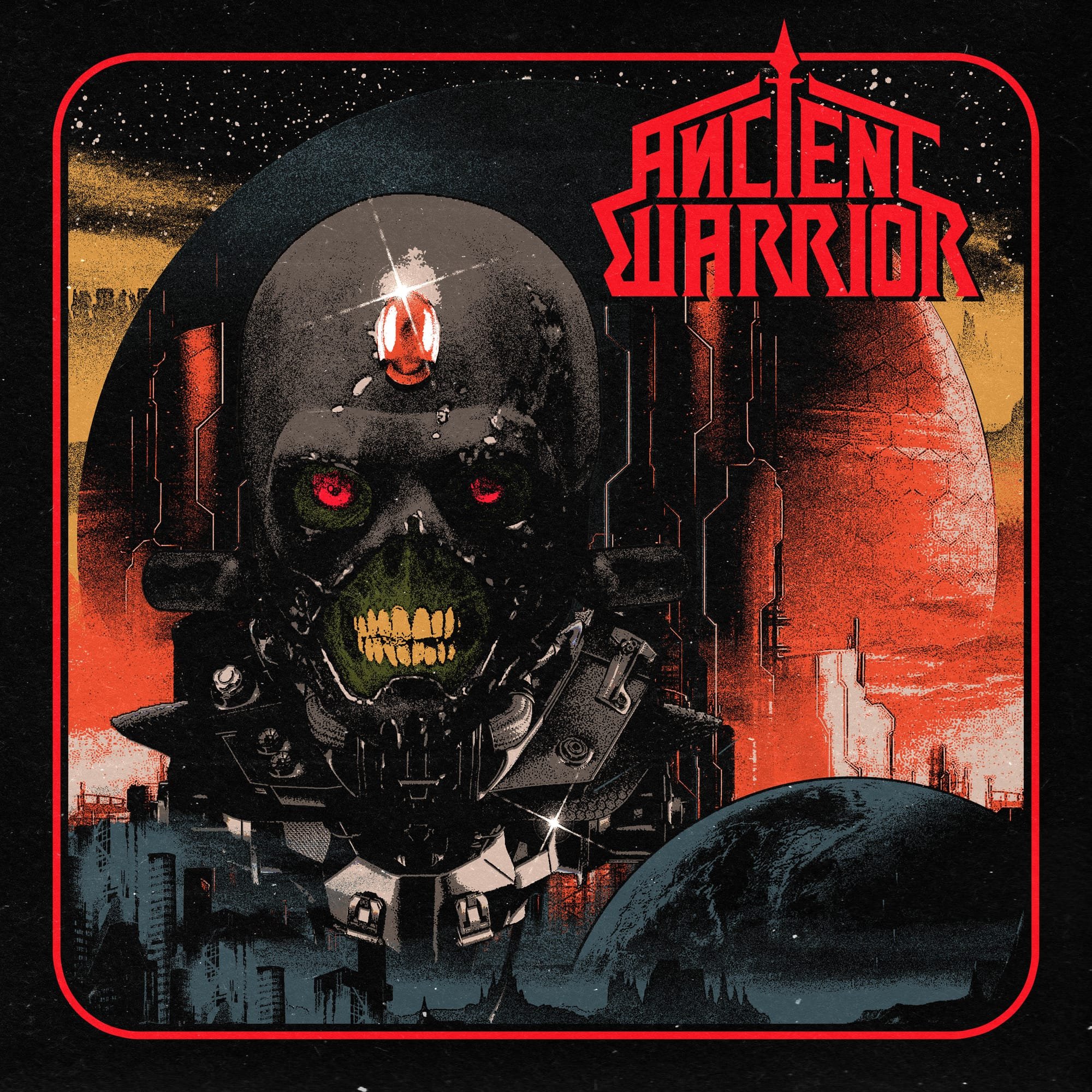 We had a conversation with ANCIENT WARRIOR. Enjoy!

COLLIN: Ancient Warrior is a two-man project that we put together in early 2020 before the pandemic. Hunter Montoya plays drums, and I (Collin Thomas) play guitar, bass, and sing. We split songwriting duties and have both stockpiled a considerable amount of riffs and songs from previous projects that are likely to show up on Ancient Warrior releases.

You have recently released your demo ''Poisoned Earth''. What is the feedback from your audience as well as from the press?

COLLIN: The feedback has been great from the few people that have heard it. “Poisoned Earth” was supposed to be part of a four-song demo/EP, but I had a computer crash and lost the other songs. This is the first press exposure we’ve received, but our friends in the NWOTHM community seem to really dig it. 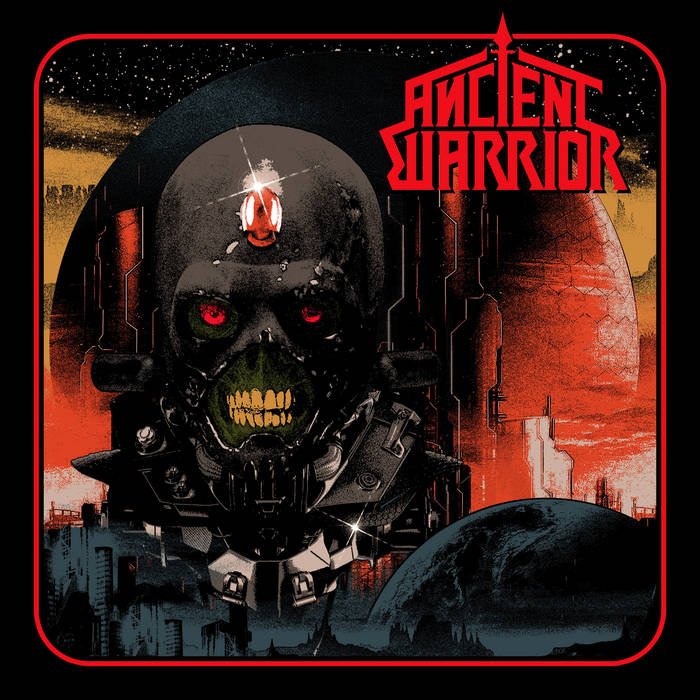 HUNTER: I think I would ideally like to settle somewhere right in the middle, which is to say, a small independent label! I think that would serve to bridge the gap between maximizing creative control and still having accountability and resources.

COLLIN: I think working with a label would be great to give us an initial boost to put out a highquality album and get it on vinyl and distributed in Europe. That being said, we are currently planning on going DIY for the foreseeable future since it is difficult to get picked up by a label. DIY gives us a lot more flexibility and we keep all of the profits and rights for our work, which is great.

HUNTER: I think each has their merits, and I think the phrasing of the question is also meaningful in terms of ordering the formats from least to most accessible, as well. I think vinyl is maybe the gold standard for richness and texture, while being relatively fragile and inaccessible en masse and most expensive to produce. Digital, on the other end of the spectrum, strikes me as the gold standard for the democratization of music by allowing for mass, equitable distribution and affordable production. And I personally think tapes and CDs are just a ton of fun to throw around and exchange, even if they are being outmoded by digital formats.

COLLIN: I’ve always been a vinyl collector since it has that rich, warm sound and big cover art. Tape has been a recent interest for me since they’re so cheap. I don’t have much interest in CD or digital, but I definitely understand the attraction to those formats. 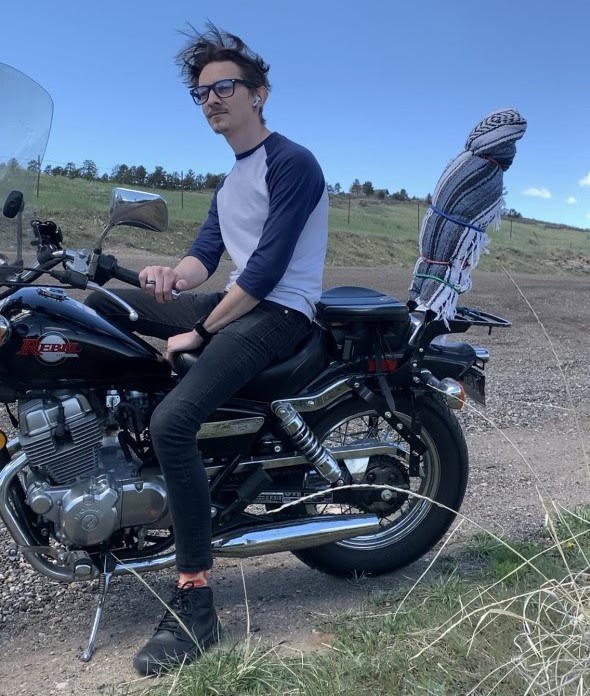 HUNTER: We don’t have nearly enough time to talk about the breadth of artists that have pulled me along on this journey! But I think that my earliest influences, at the genesis of my experience as drummer, were probably Lars Ulrich and Bill Ward. But I grew up in southern California, and so I was exposed to a tremendous amount of music that still lives within me, and I therefore have a great appreciation for classic rock, punk, reggae, hip hop, post-rock, and all of that really wonderful, rich music. But I think that progressive drummers like Neil Peart and Gene Hoglan later came into my life at a time that really pushed me to do more as a drummer and expand myself. So my metal roots lie most firmly in thrash and doom, and have really been watered and fed by progressive artists.

COLLIN: Hunter and I share a lot of common influences (Black Sabbath, Rush, punk). I think my biggest influences that aren’t necessarily shared by my bandmate would be Blue Oyster Cult, Cirith Ungol, and Accept. We are certainly also influenced by our contemporaries. A lot of people have compared us to Cauldron, and I also draw a lot of influence from Haunt, Gatekeeper, Sough Feg, Pulver, and Atlantean Kodex.

HUNTER: I try not to put “shoulds” on anything, but maybe that is just my training as a therapist (haha). I am definitely all about autonomy and democratization of the process, which means that I think people “should” approach their music in a way that is genuine to themselves, which includes their tastes, goals, styles, and values. What does success look like to you? What does your music mean to you? What do you want to get out of the experience? What don’t you want to get out of the experience? I primarily think artists should try to be intentional with their time, ensuring that they are investing in the things that they want to invest in. As they say, shine a light on what you want to grow. So don’t let the time go by, but instead reflect on what you want so that you can structure your life in a way that allows you to get there.

HUNTER: I think a big festival, in nice weather (or, alternatively, in stormy weather that still allows for good sound), with other bands whom I respect and have relationships with, would be ideal. Getting out there to perform and be heard and have a kick ass time alongside my friends would be fucking fantastic. That last part is also what I love about small shows, as it so often gets to be a fun, intimate affair with friends both on stage and in the audience. I have really enjoyed the comfort of those shows, but have not yet had the pleasure of hamming out at a festival.

HUNTER: It’s probably a cop-out of an answer, but I think “creativity” and “authenticity to the self” are up there as prime ingredients. And by “creativity” I don’t mean “being different,” but to “truly create as compared to reproducing.” I think if artists want to have an identity and be unique, they should know who they are and what they want to do, relative to maybe what they think the world wants to hear. I think the people who trail behind in a genre are people who are, in a sense, playing other people’s music. I think the influence of other artists is going to be inseparable from our own process as artists, and so bands will more likely thrive if they can use that influence to become more in touch with what they, themselves, want to do.

COLLIN: I think bandcamp is king as far as digital platforms go. Being able to sell merch and music directly to fans was very difficult before bandcamp, and they also do a great job of promoting new bands and taking care of artists. Spotify, Apple Music, and Amazon all fail miserably at that. Those entities exist only to enrich themselves and a few legacy labels.

COLLIN: Greeley itself is a pretty small college town with very few venues and not much of a music scene. The only notable metal band to come out of Greeley is the black metal band Cobalt, and they’re inactive as far as I can tell. We are, however, close to Denver which has a vibrant metal scene. I’m a big fan of Wayfarer and Blood Incantation, and they’re both from Denver.

COLLIN: I’ve been a huge fan of Hellenic Black Metal for a long time, especially Rotting Christ. I also get the impression that Greece has a great European Power Metal scene. The recent Sacred Outcry album fucking rips!

COLLIN: Our immediate plans involve recording and releasing our first EP around the Fall of this year. We hope to do a limited tape run and potentially play some festival dates in 2022 if there’s interest and we can put together a live band.

COLLIN: Thank you Filthy Dogs of Metal for giving us this opportunity and thank you to the dudes at Heavy Metal Rarities for sharing our song! I’d also like to thank Jeff Black from Gatekeeper, Trevor Church from Haunt, Lord Klauf from Morgul Blade, R. F. Traynor from Tower Hill, and Daniel Porta (@thepitforge on Instagram) for their support, advice, and contributions to the scene.