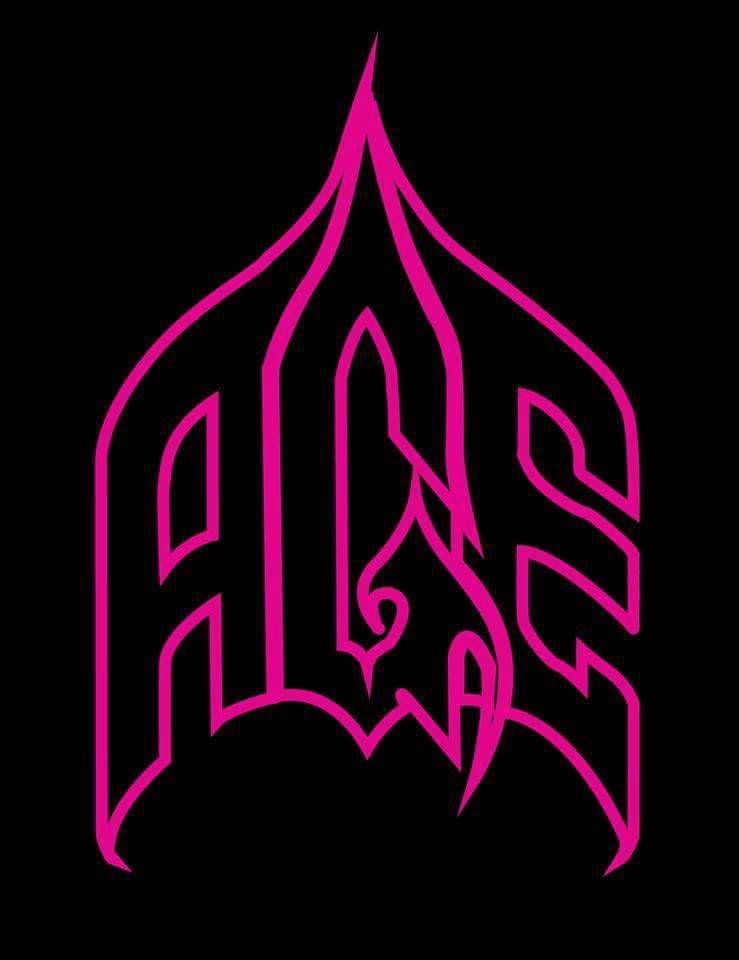 We had a conversation with Dave LaRoxx (Bass). Enjoy!

Welcome to the FILTHY DOGS OF METAL Webzine.
Tell us a few things about AGE (Members, Starting Year etc).
I was in a punk band here in San Jose, Ca , The Eyesores. First band I ever been in. I liked it when I first joined but after awhile I got a little tired of the cheezy comedy themed punk rock music/attire we were rockin. I’ve always been more of a metaller vs punk and dreamed about starting my own heavy metal band since I was a teen. Around 2009 I started to put ads out there for other musicians to join my band, AGE. My idea at first was to make dark, heavy, power metal, my influences at the time were: Tyrant, Mercyful Fate, Candlemass, Judas Priest, Black Sabbath, Helloween, Exciter, and such. I met Demetrius Ontiveros around 2012 at a local San Jose bar through a couple friends. Called him up a few months later and told him to join my band. From that point on he brought the rest of the other members into the band: and AGE took off from the ground. We ended up recording a 2-song demo around spring of 2013 and didn't play our first show till a year later. I came up with the name ‘AGE’ since I’ve always had a fascination with history (especially medieval times and dark ages). I could’ve named us ‘Time’, or ‘Era’… but ‘AGE’ seemed to work perfect. I designed the original AGE logo you can find on our Forever in the Grave demo, then Demetrius modified it later. I am a Christian, and Demetrius was an Atheist who hated religion especially Christianity. Too make a long story short, he loved writing lyrics about killing yourself, denouncing God, and negative shit like that. He even came up with the acronym for us- At God’s End. To keep peace in the band, I just went along with it, but honestly I didn't like his ideas. We played many shows for the next few years before I finally left the band in 2018 to form Battlemace (taken from an AGE song). But yeah, I think we made some kickass metal even though it went in a different direction than I had planned (music, lyrics, stage attire, etc).

You have recently released your album ''Eve Of The Witch Hunt ''. What is the feedback from your audience as well as from the press?
Eve of the Witch Hunt was release a few days ago onto bandcamp as a demo album. Haven't had very much feedback yet other than many likes but i’m still waiting. It was actually recorded in 2016 (5 years ago wow!). 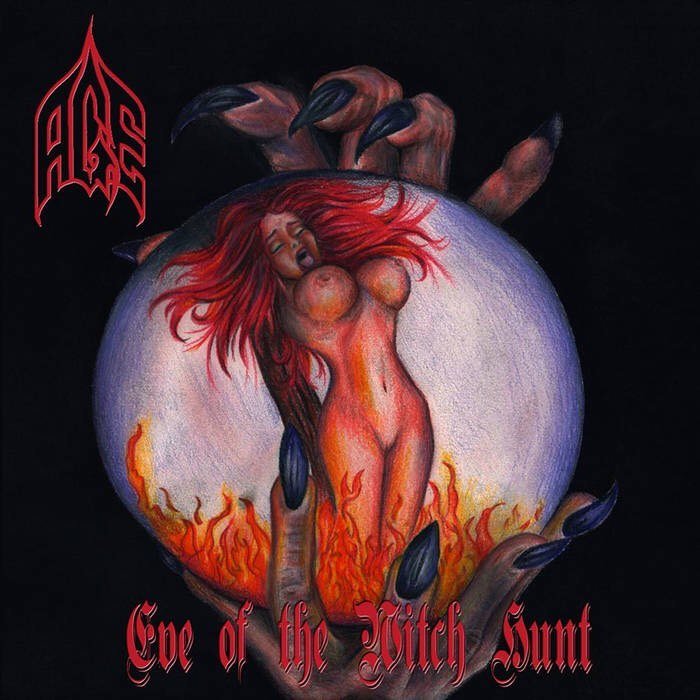 Label or DIY and why?
DIY as for now because we’re so damn poor.

Do you prefer Vinyl, Tape, CD or Digital Format and why is that?
Digital format is good for this day n age but we still gonna print them on CDs maybe too , who knows? Definitely CDs we gotta put them on. True fans collect physical media of bands they like. I can attest to that.

Your music style is Heavy Metal. Which are your main influences (Favourite Artists / Bands etc.)
I was like the outcast of the band when it came to heavy metal. My stuff is more like traditional 80s heavy metal, US power metal, classic doom, early speed metal, and some of the L.A. bands from back then, especially the heavy stuff like Savage Grace, Bitch, Ruthless, Tyrant, Omen, Hellion. The other guys wanted to do thrash and didn't wanna rock the studded leathers that I wanted us to go for. They were into the more well known classic thrash and heavy metal bands like Slayer, Pantera, Suicidal Tendencies, Metallica, Megadeth. Anyways, our styles were combined… and it turned out to be unique. 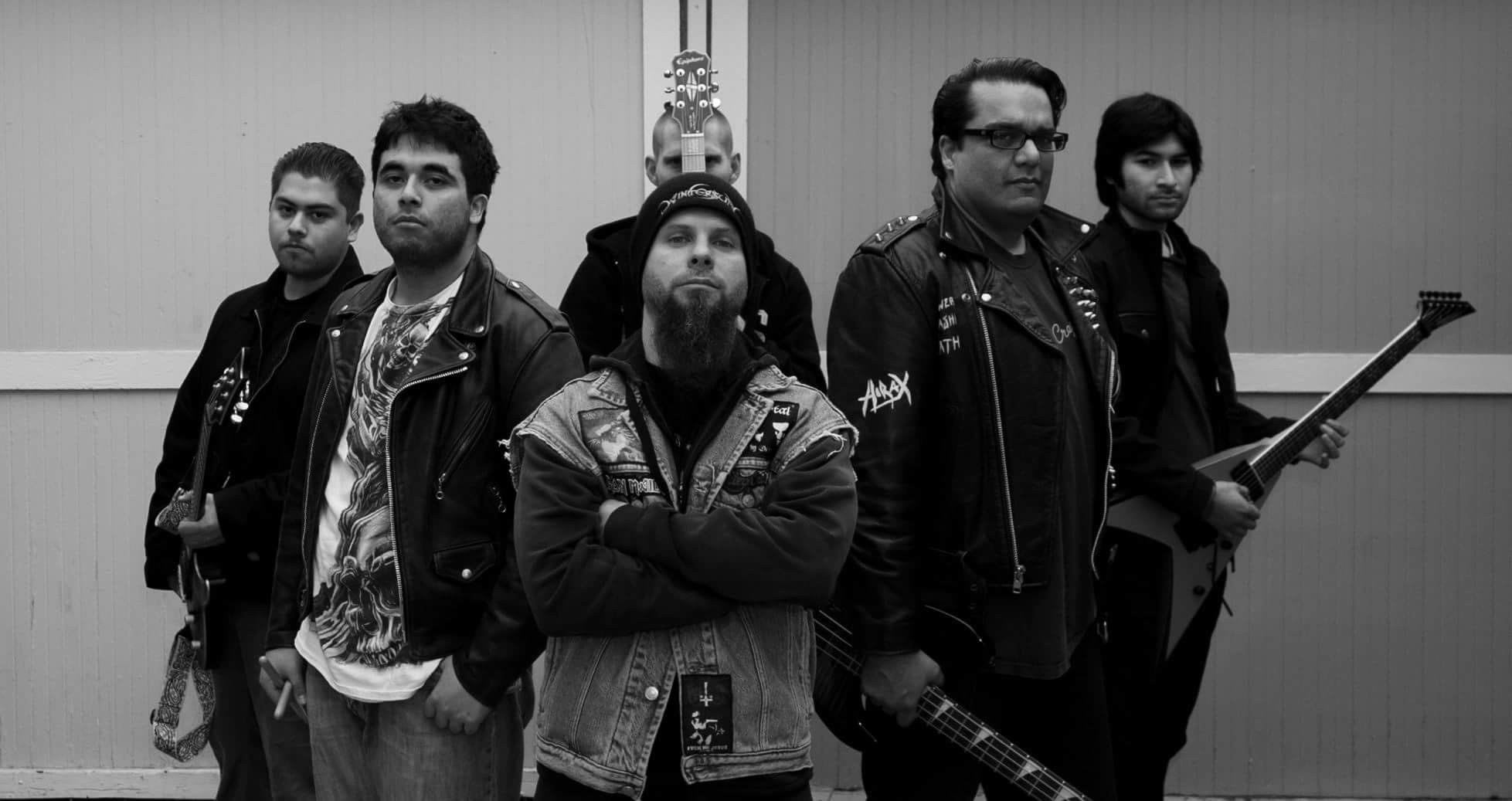 Which things, do you think, a Band should sacrifice in order to succeed? Have you ever sacrificed anything in your life for a better future of your Band?
I guess sometimes you have to sacrifice certain things to succeed in anything, but for me personally there is a night or two that i cant work my regular job because i must play a gig with the band that night. I’m lucky my boss always gave my the nights off I requested to play my shows but it seems like its not guaranteed sometimes. He’s begged my to work one night that my band was playing. Not always easy. I ended up not showing up to work that night and played the show and that's that. Fuck my dead end night job, hahaha.

Describe your ideal live show as a performance Band. Have you already experienced that?
We’ve usually had good massive crowds attend our shows rockin out and even moshing in a pit to our live shows. However, my ideal crowd i always wanted is head banging and throwing their spiked leather covered hands in the air like the very old days before all this moshing slam dancing stuff. But i’m glad the crowd is enjoying our show anyway.

Which attributes, do you think, that a new Heavy Metal Band should have in order to gain identity and be unique?
To be unique you have to come up with something either new or unusual. But for AGE I’m just trying to keep the metal old school and traditional. The other members go for the harder thrashier stuff from the later 80s i think.

Do you believe that Digital Platforms help the new Heavy Metal Bands? Which, do you think, is the ideal way for a Band to promote its work?
Putting your music out there for people to hear is a good way to promote your band regardless of which format you choose. Digital streaming is the way its done today but heck we still gotta have the CDs and vinyl for those who rather collect the physical format with pics and booklet, like myself. 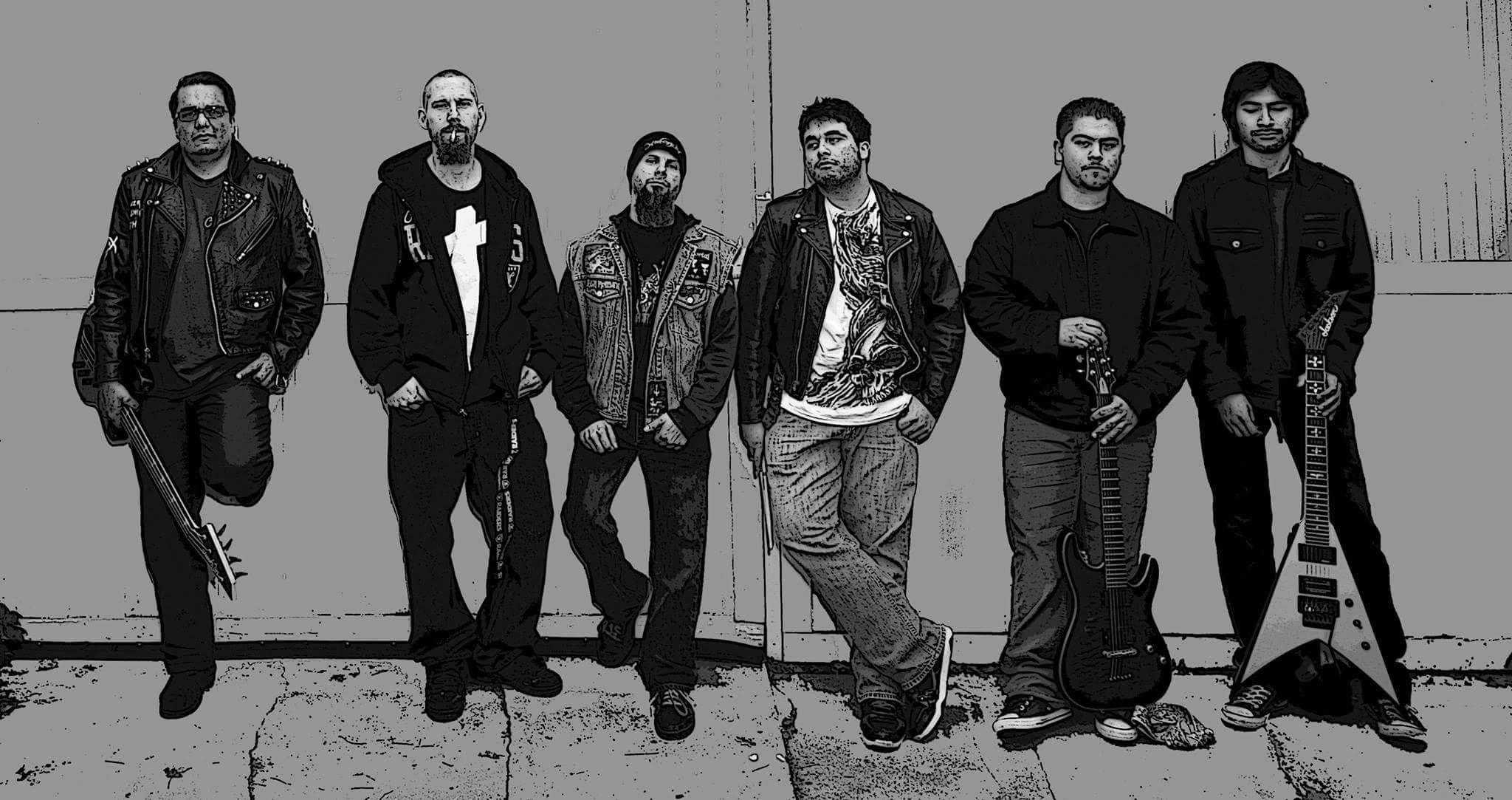 Tell us a few things about the New Underground Metal Scene in San Jose, California, USA (Bands, Fanzines, Webzines, Metal Clubs etc.)
San Jose has lots of metalheads here but not into the old school 80s stuff as much as L.A. or places in Europe. I don't really fit in with the metal scene here . You have mostly death metal, thrash, some black and grindcore, nu metal, and avant-garde. There are very few metal guys in my town who like the obscure traditional steel that i’m into but its pretty rare. In fact, there’s even a kick ass metal band, Satan’s Blade, of a buncha younger guys who play the good ol nwothm type stuff. But if you like the hardcore thrashy heavier stuff, San Jose doesn't have a bad scene for that

Do you know anything about the Hellenic Metal Scene?
Nope. Nada!

What are your future plans?
My future plans is to keep Battlemace alive and recording and playing shows and just seeing how far we can take it. Until we all kick the bucket. Not trying to make it as big as Metallica of KISS but for us to make music that's truly from our medieval souls and staying active. Recording from time to time, gigging and rockin 'n rollin with our lives.

Thank you very much for your time & Keep up the good work! The closure is yours.
Thank you, Stavros. My pleasure too. All I wanna say for now is Keep TRUE heavy metal alive!! 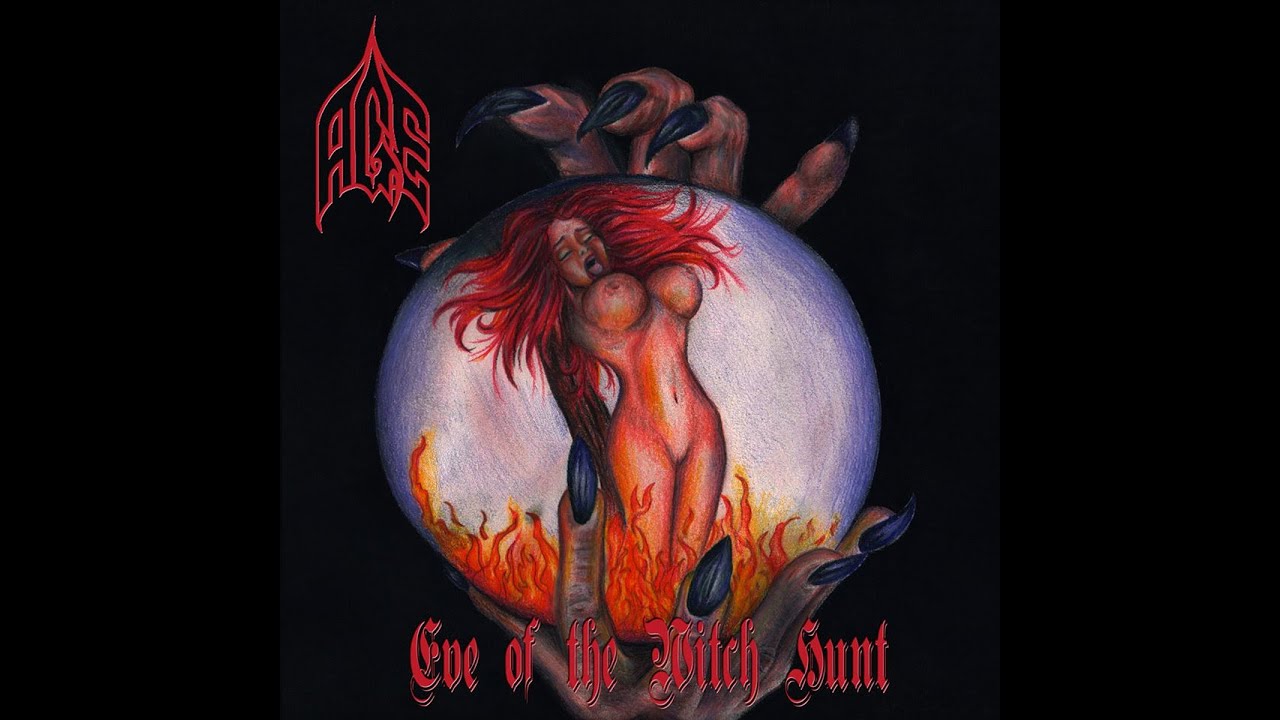