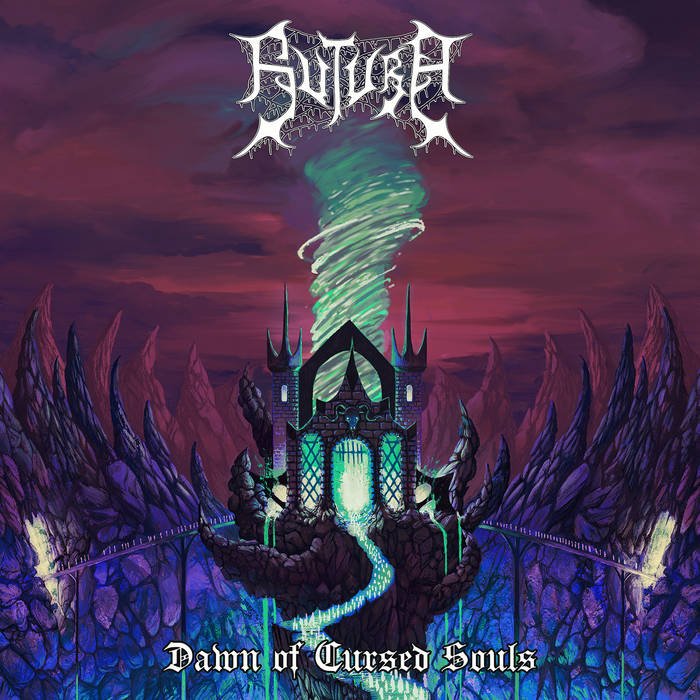 SUTURA hails from Nova Friburgo, in the mountainous region of Rio de Janeiro, Brazil. Their music style is a mixture of old school Death & Black Metal. They are influenced by the Swedish Death metal scene of Entombed, Dismember, Grave & at the same time from the Black Metal sound of Dissection, Watain, Marduk + the influences from the Brazilian sounds of Sepultura and Sarcofago. But you can read more details about the band HERE. The album starts with the same title song ''Dawn Of Cursed Souls''. A fast & heavy song with brutal vocals and with a beautiful and melodic solo full of epicness!! Second song of the album is the ''Sacramental Bleed''. Oh fuck what a blast is that!! Powerful heavy riffs with brutal and gore vocals, amazing song! In the continue we are hearing the ''Under the Black Mark''. One of my favorite songs of the album. Powerful drumming with thrash metal riffs and a refrain that sticks in your mind ''I DIE, I DIE, I DIE UNDER THE BLACK MARK''. What an awesome song with a melodic guitar solo. Fourth song of the album is the instrumental ''Death's Fathom''. An atmospheric composition with beautiful classical guitars and then came the storm, the song ''Haunted by Old Ghosts''. Fast ripping riffs coming out from the speakers together with the amazing hellish voice of Luciano Galvão the song is a death metal anthem plus the very clever lyrics! Sixth song of the album is ''Where Shadows of Death May Lie''. Heavy and doom riffs in the beginning and then a razor guitar destroys everything around. Hellish and catastrophic atmosphere with furious and technical drum parts by William "Delta X" Toledo. Seventh song is ''Chaos and Demise''. Fast bombarded song with a slow part in the middle in the vein of Obituary (especially in the vocals part). In the continue we have the song ''Suffering Cage''. Death metal hymn with many black metal elements here ala Dissection especially in the guitars. The parts of Nathan Azevedo together with the riffs of Luciano Galvão makes an ultimate epic death/black metal hymn! I listened to this song more than 20 times! Only one word describes this song: ''Amazing''! Last song of the album is the ''Worms in Disguise''. Paranoic, fast and schizophrenic playing by the whole band together with low and heavy parts and with the bass lines of Erik Amorim that gives the heaviness and the depth that a death metal band needs! Check also the official video for this song. TOTAL HELL!!! The production of the album is heavy as fuck and it was made by the band, recorded at their own studio in Nova Friburgo, Rio de Janeiro, Brazil. Well done boys!! So, death/black metal maniacs out there, check SUTURA (and the catalog of Awakening Records, you will find the hottest bands in the metal underground worldwide) and grab the ''Dawn Of Cursed Souls'' album if you want to have a killer collection. 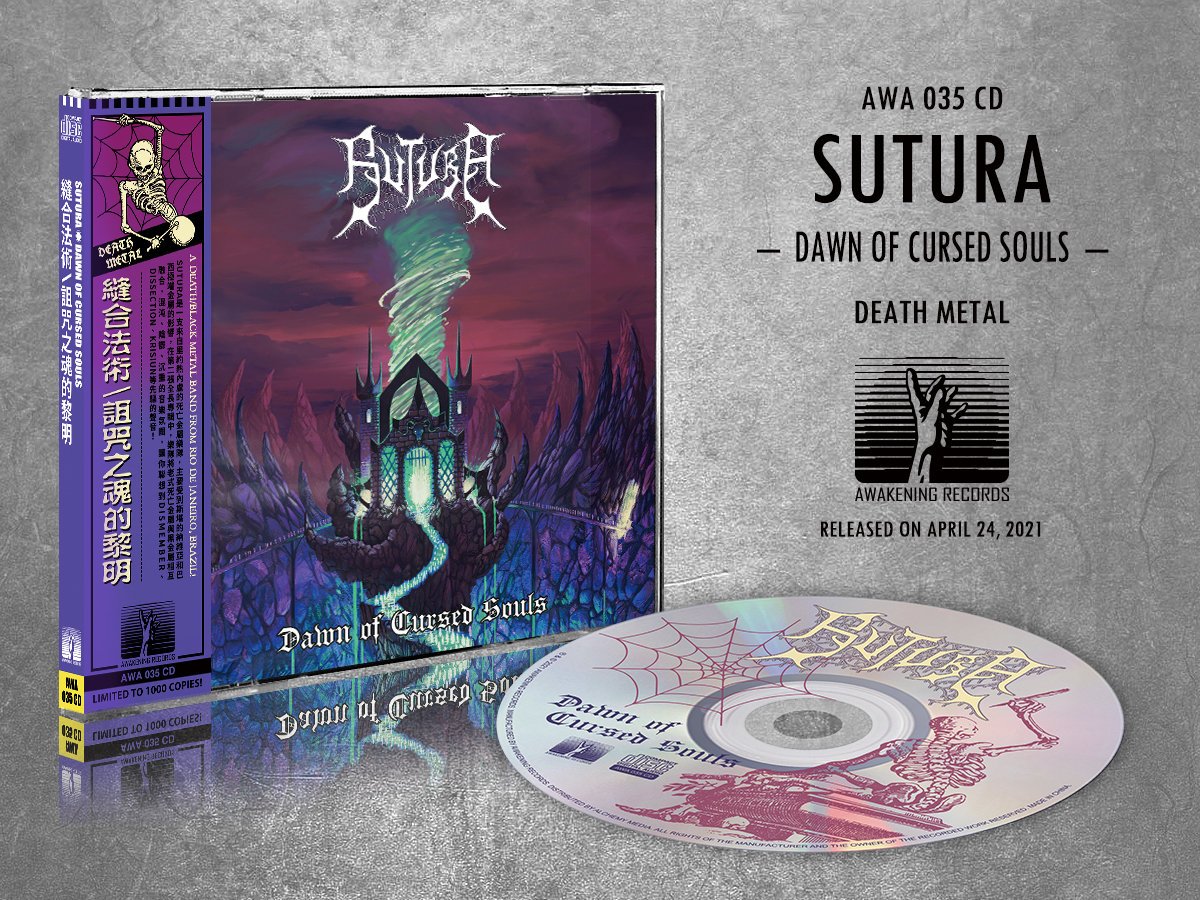