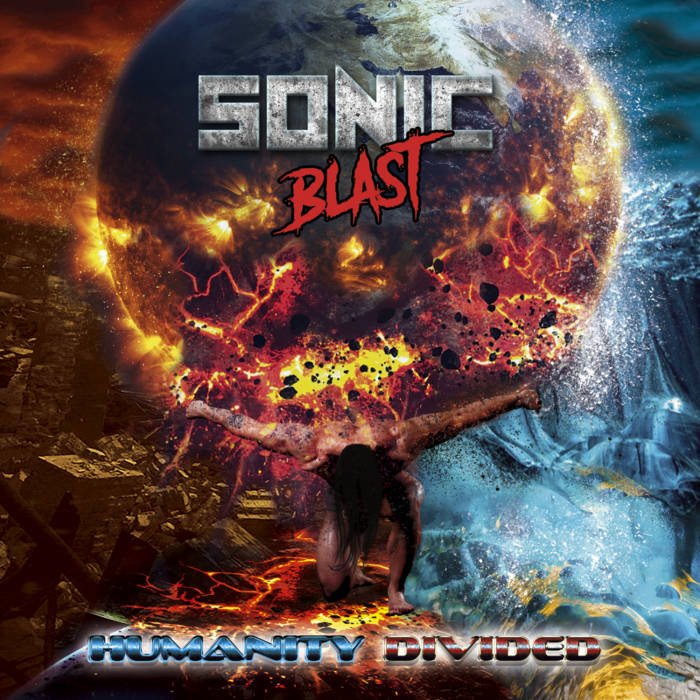 The album starts with the instrumental song ''Sonic Blast''. Beautiful song with really great & melodic solo! The songs of the album are classic Heavy metal tunes with up-tempos and high pitch guitars with lot of melodies and aggressiveness inside. ''Sonic Blast'', ''Treasure of the Victim'', ''Atlas'' (my favourite song of the album) & the epic ''Quest For Camelot'', are the highlights of the album.Of course all the songs of the album have a lot to give like the ''Queen Isis'' is a beautiful song with oriental & atmospheric feeling! ''Excalibur'' is an instrumental small epic ''intro'' before the great ''Quest For Camelot'' & the last 2 songs ''Humanity Divided'' (beautiful refrain with an amazing solo ala IRON MAIDEN) & ''Scorn of Piracy'' a very strong & powerful song!

Generally, I had a great time with the ''Humanity Divided'' and  the album flows very quickly and smoothly with beautiful old school Heavy Metal songs. If I had to change something that would be the cover artwork, it is too digital for my taste and I think for this kind of classic heavy metal. They are young & the future is bright for them.