IREFUL - THE WALLS OF MADNESS 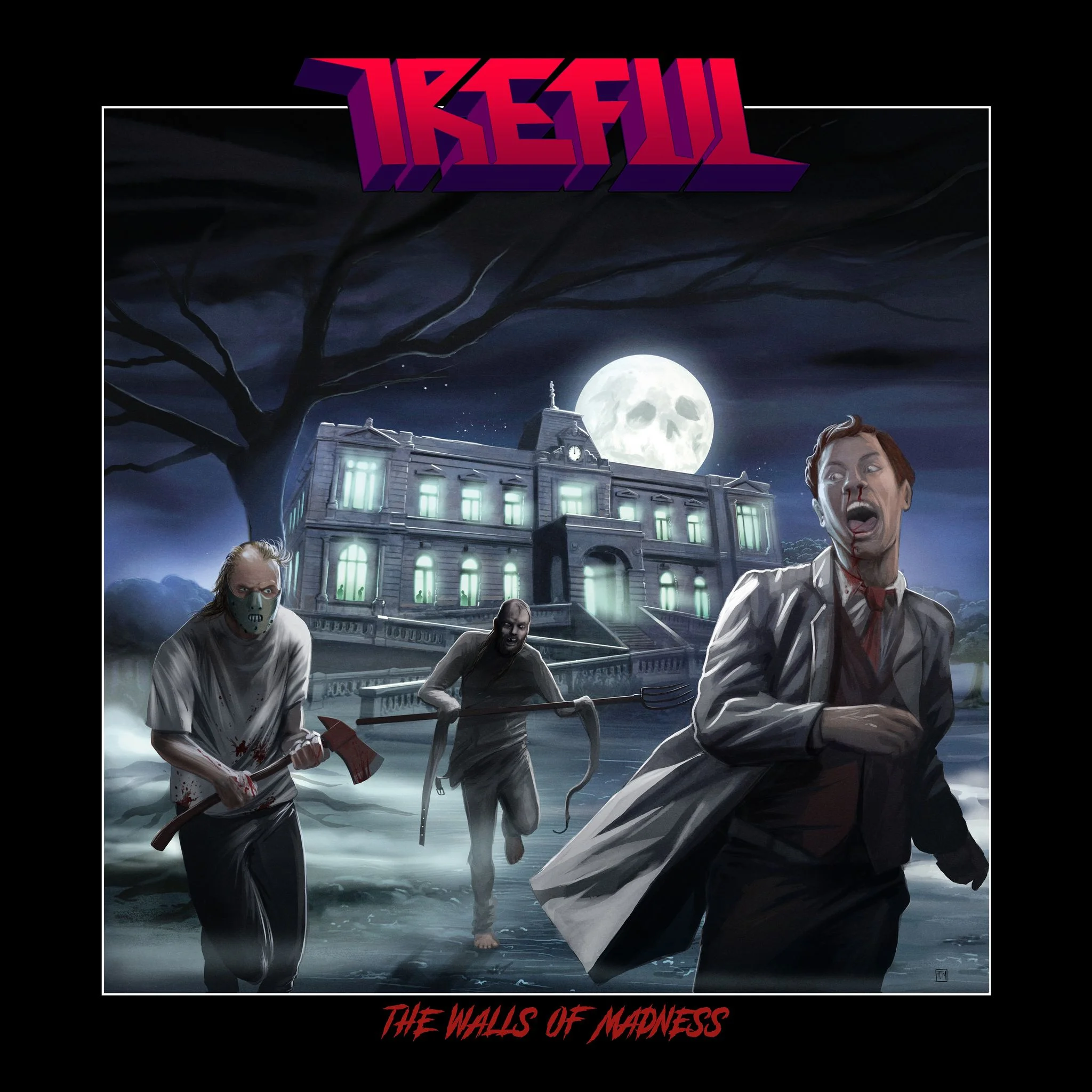 IREFUL - THE WALLS OF MADNESS

AAAARRRGG!!! What a blast was that???
Powerful, fast and aggressive thrash metal!!!

Ireful hails from Palermo, Sicily, Italy.The members have a lot of musical experience because they have already been active in various projects like: Eraser, Shock Troopers, Daemonokrat, Hellraiders, Spasticus. Τheir musical sound comes directly from the glorious 80's. Old school Thrash metal. No trendy, no wanna be thrashy, just pure Thrash! Τhe songs on the EP are tight, technically and extremely aggressive. Amazing guitar work by the duo axe-killers M. Thunderbolt & F. MadPig. Especially the solos on the songs ''Fear and Loathing on U-96'', ''Rusty Nail'' & ''The Walls of Madness'' (my favourite!). The rhythm section is a killer. A. Medusa on the Bass & Vio-Ful on Drums plays like they wanna demolish the building blocks. The vocals of A. Medusa are aggressive and they remind me a little bit of Rob Urbinati (Sacrifice) & Paul Baloff (R.I.P. - Exodus).

The production of the EP is heavy as fuck!! Recorded at Stratjvari Recording Lab, Palermo. Mixed and mastered at Audiovolt Studio, Florence.

The cover artwork is so badass made by Francesco Montalbano.

Ireful labeled themselves like ''Raw Spaghetti Thrash Metal''. This phrase reminds me...ha ha.. a killer Italian compilation back in 1988 with the amazing title: ''Not Just Spaghetti And Mandolini''. Οf course they not only play perfectly but they also have a very good sense of humor!

The Italians are brothers with the Greeks (of course the whole world are) and I will close this review with this phrase: ''Una Faccia, Una Razza'', dedicated to my metal brothers Ireful.